The two-day gathering of the Group of 20 finance chiefs ended Sunday with a commitment to mobilize all policy tools to keep the global economy on track amid increasing concerns over the ripple effects of the coronavirus shock that has left China largely idle.

But the message does not seem to offer much reassurance for the outlook, with the full scope of the economic impact from the virus remaining unclear. The epidemic shows no signs of abating in the world's second largest economy and fears over a wider regional outbreak continue to grow.

Japanese Finance Minister Taro Aso was among the participants who apparently felt frustration with the looming uncertainties as the virus situation unfolds.

As the G-20 meeting was taking place in Saudi Arabia, the number of infections spiked in South Korea and steadily increased in Japan, prompting the United States to raise its travel alerts to the two countries.

"We can't foresee well what kind of impact the coronavirus will have. Frankly speaking, we cannot even feel sure about the figures (regarding the situation) coming out from China," Aso told a press conference after the gathering. 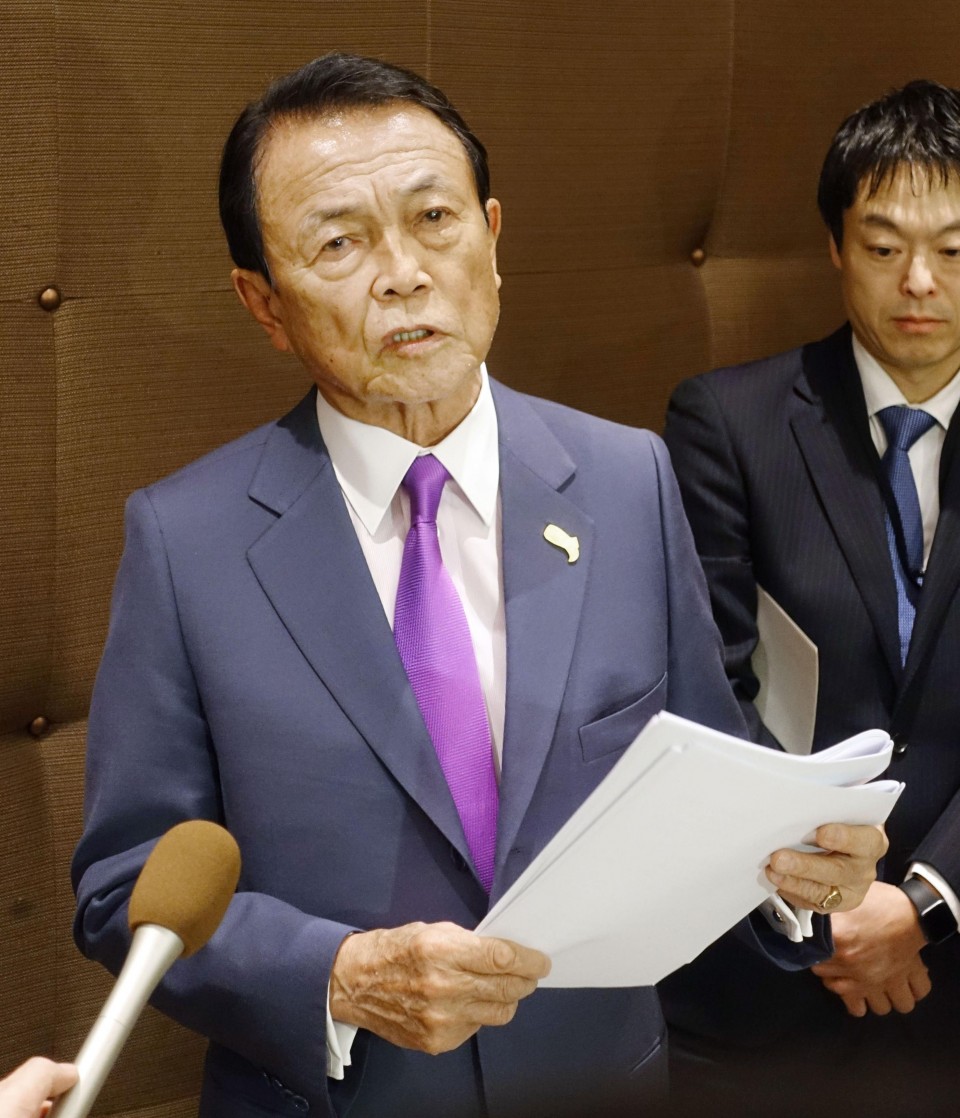 The new coronavirus, which first emerged in the central Chinese city of Wuhan in December, has already proved to be far more widespread in China than the 2002-2003 severe acute respiratory syndrome epidemic that claimed 774 lives globally.

Takahide Kiuchi of Japan's Nomura Research Institute said that even if China's growth rate is pushed down by around the same amount as the time of the SARS outbreak, the impact on the world economy would nearly quadruple, given that China's share of the global gross domestic product has increased fourfold to 16 percent since 2002.

In the April-June quarter of 2003, China's GDP growth dropped to about 9 percent from around 11 percent the previous quarter.

Oxford Economics, a global advisory firm headquartered in Britain, has lowered its forecast for 2020 global growth from 2.5 percent to 2.3 percent, its weakest since 2009, expecting the virus to hit the Chinese economy sharply in the short term and cause disruption for the rest of the world.

"The global spillovers will come via four main channels: reduced goods imports by China, fewer tourism visits from Chinese nationals, supply-chain disruptions due to shortages of Chinese-produced intermediate goods, and financial market and business confidence effects," it said in a report issued earlier this month. 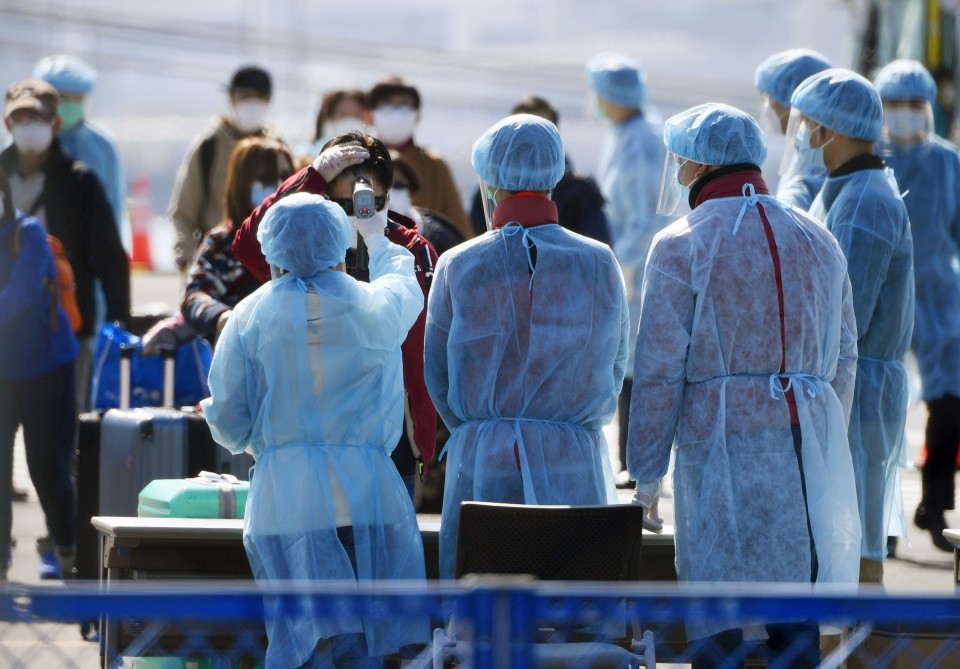 International Monetary Fund chief Kristalina Georgieva told the G-20 meeting on Saturday that many different scenarios could play out, depending on how quickly the virus is contained.

But she said that the current expectation of the Washington-based institution is that China's economy will "return to normal" in the April-June quarter, with the impact on the world economy being relatively minor and short-lived.

Georgieva has been optimistic on the economic outlook, expressing hopes for a "V-shaped" recovery in which factories in China make up for lost time and warehouses are resupplied.

However, some economic experts question such rosy scenarios.

"I think it is too early to talk about something like V-shaped impact," said Ke Long, senior fellow at the Tokyo Foundation for Policy Research.

"I don't think this problem will be settled by June. Even if the number of infection cases decreases, there will still be reputational damage. It will take more time before things will return to the way it was," the expert on the Chinese economy said.

Initially, the year 2020 started off with some optimism over the outlook of the global economy, as the United States and China agreed in December to a truce in their bruising trade war.

But such hopes were dashed with the coronavirus outbreak, as China's economic activity has largely been in a standstill as it keeps battling to contain the crisis.

Wuhan, the epicenter of the outbreak and a major automotive hub, has been locked down since Jan. 23. Travel restrictions have been imposed and the Lunar New Year holiday was extended from late January until early February to keep factories, shops and offices in China closed.

Even after the holiday ended, businesses have only slowly restarted in China and many people are said to be working from home.

Japan, the world's third largest economy, is feeling the brunt of the virus outbreak through supply chain disruptions and a sharp drop in tourists. As further spread is confirmed, including cases in which authorities cannot track the infection route, a wide range of events in Japan have been canceled.

While the G-20 finance chiefs said in a communique that they stand ready to take action to address the risks, some economists warned that traditional responses to an economic crisis may not be as effective as expected.

"The current shock is a very unique shock, which is basically, people are staying home because of the health concerns. So deciding to spend more is not going to have the same effect because you're not going to get more people to work because they can't, or it's not wise for them to do so while there's still this concern," said Luis Oganes, head of currencies, commodities and emerging markets research at JPMorgan Chase & Co.

"So I think that we may see more fiscal stimulus once the coronavirus episode is over or...basically, the situation of people able to go back to factories is normalized. Before that, I think that any announcement may basically not be implementable if you still have this constraint on the ability of people to go to work," he said.

Meanwhile, major central banks in advanced economies such as Japan and the United States have already adopted accommodative monetary policies.

"Under the current economic conditions, I don't think there is much the G-20 economies can do (in terms of monetary and fiscal policies)," said Ke of the Tokyo Foundation for Policy Research.

Ke also said the G-20 meeting should have been an occasion to press China to make sure all information related to the virus outbreak is disclosed. In the SARS outbreak, China was criticized for withholding information about the disease for too long.

"Information disclosure is the starting point of any kind of international cooperation," said the expert hailing from China's Nanjing city.