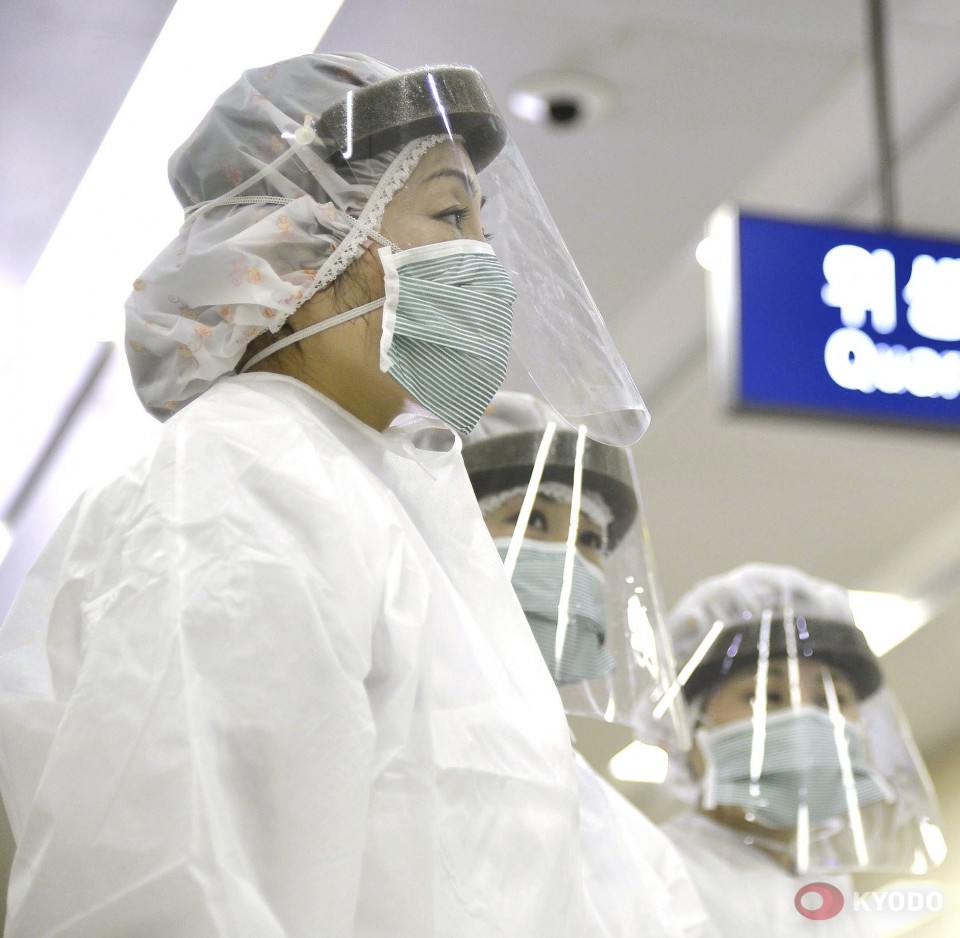 (Quarantine staff in protective gear are pictured at Pyongyang International Airport on Feb. 1, 2020.)

WASHINGTON - The State Department on Thursday urged U.S. and international aid organizations to help North Korea counter the threat of the new coronavirus outbreak, citing "deep concerns over the vulnerability" of its people to the disease spreading in China and elsewhere.

"We strongly support and encourage the work of U.S. and international aid and health organizations to counter and contain the spread of coronavirus" in North Korea, spokeswoman Morgan Ortagus said in a statement. "The United States is ready and prepared to expeditiously facilitate the approval of assistance from these organizations."

The statement came as Beijing continues to grapple with the outbreak of the deadly pneumonia-causing virus that originated in the central Chinese city of Wuhan. Infections have spread to over 20 countries and regions mainly in Asia, Europe and North America.

While North Korea is not among the countries where infections and deaths have been confirmed by the World Health Organization, its state media has said the country has placed itself in "isolation" to prevent the virus from entering, such as by prohibiting foreign tourists from crossing the border from China.

The United States and North Korea remain technically in a state of war as the 1950-1953 Korean War -- in which U.S.-led multinational forces fought alongside South Korea against the North, backed by China and the Soviet Union -- ended in a cease-fire.

The administration of U.S. President Donald Trump has sought to advance talks to rid North Korea of its nuclear weapons, but negotiations have stalled.