The annual Snow Festival in the northern Japanese city of Sapporo drew 2.02 million visitors this year, down 716,000 from last year amid growing fears over the new coronavirus, the organizer said Tuesday.

The number of visitors to the winter event marked a record 2.74 million last year as the Hokkaido region gains popularity as a destination for overseas travelers including those from China.

The organizer had anticipated a sharp decline in festival attendance this year due to mass cancellations of hotel bookings following China's ban on group overseas travel.

Some local elementary schools and kindergartens also canceled their visits to the event, the organizer said, adding that the soured relations between Tokyo and Seoul over trade and wartime labor issues have also prompted a decrease in the number of tourists from South Korea.

The organizer took measures to ensure the safety of visitors during the festival by posting placards in Japanese, English and Chinese asking attendees to wear surgical masks and use antiseptics.

Although the organizer faced difficulty in procuring snow due to unusually low snowfall since the end of last year, a total of some 200 sculptures of various sizes were on display at three venues through Tuesday. 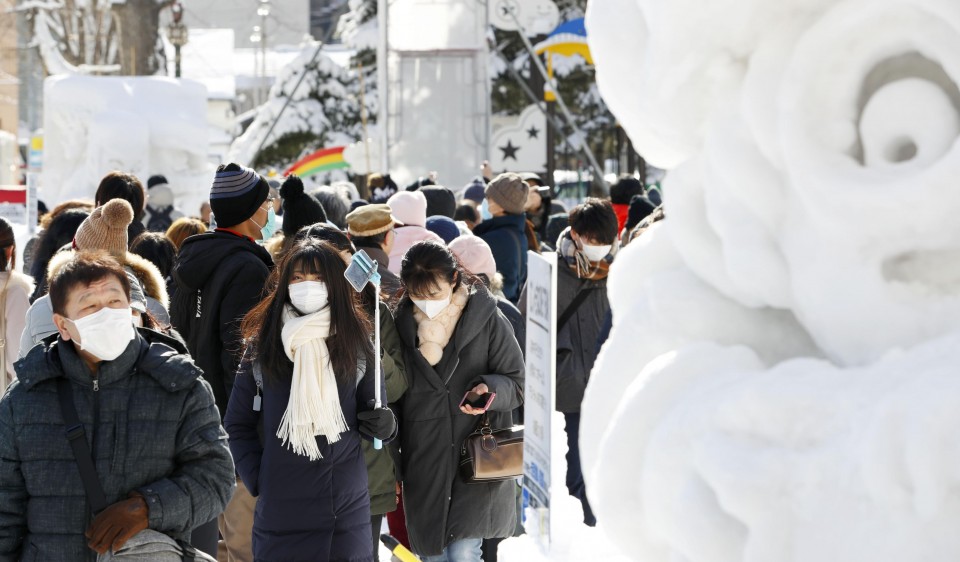 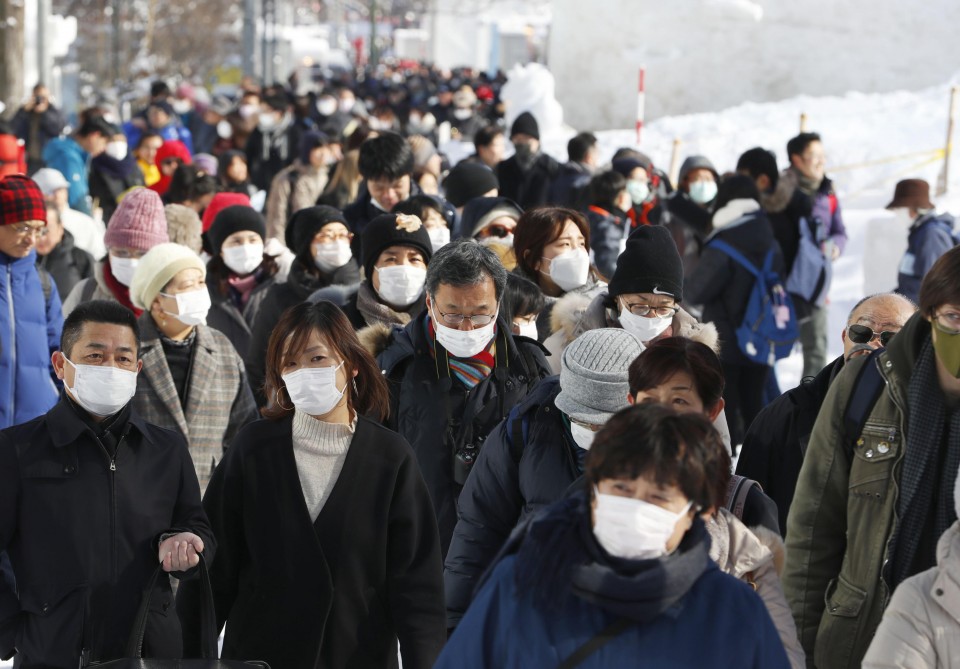