The World Health Organization on Friday raised its global risk assessment over the new coronavirus stemming from China to the highest level, but stopped short of declaring it a pandemic, saying there is still a chance of containing the disease.

"We have now increased our assessment of the risk of spread and the risk of impact of COVID-19 to very high at a global level," WHO Director General Tedros Ghebreyesus said in a press briefing, referring to the official name of the pneumonia-like disease caused by the virus that has spread to every continent except Antarctica.

The global risk assessment is now on par with the risk level in China, where massive numbers of infection cases and deaths have been reported and whose central city of Wuhan has been locked down. The move by the WHO came about a month after it declared the virus outbreak a global emergency. 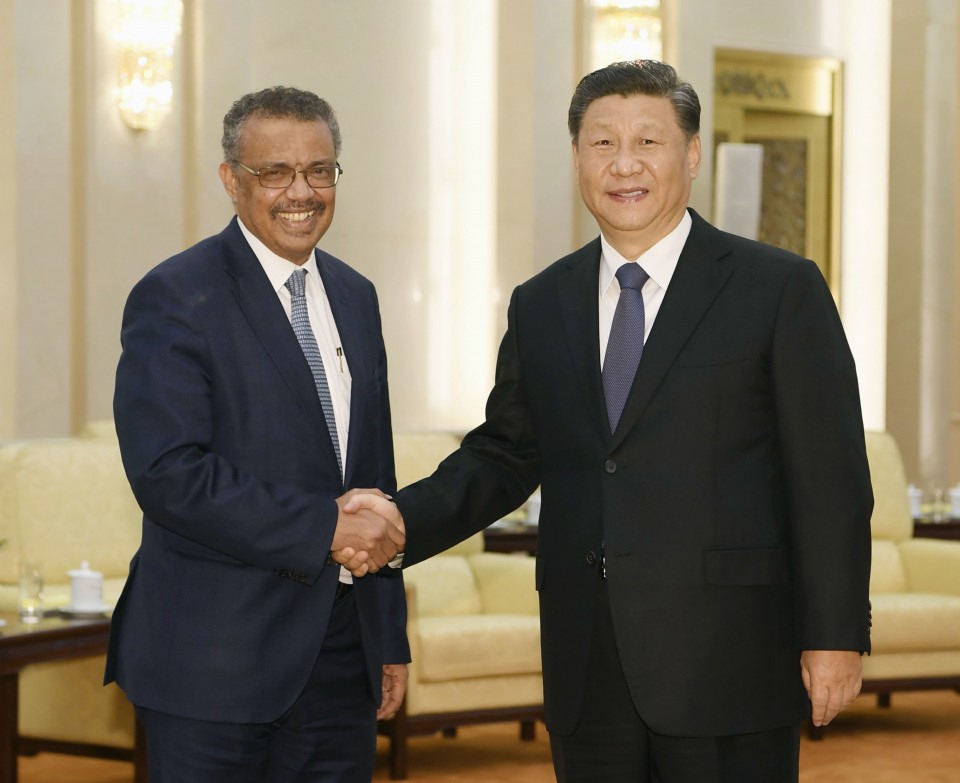 (World Health Organization Director General Tedros Adhanom Ghebreyesus (L) and Chinese President Xi Jinping shake hands in Beijing on Jan. 28, 2020, ahead of their meeting to discuss how to curb the spread of a new coronavirus)

In deciding not to use the word "pandemic" at this point, the WHO emphasized that the virus can still be contained with appropriate measures and international coordination.

"Most cases can still be traced to known contacts or clusters of cases. We do not see evidence as yet that the virus is spreading freely in communities," the director general said. "As long as that's the case, we still have a chance of containing this virus."

According to WHO data, more than 82,000 people have been infected with the virus, leaving over 2,800 dead around the world, exceeding the impact of the 2002-2003 SARS coronavirus that sickened 8,098 people and claimed the lives of 774 globally.

In addition to the bulk of cases in China, the number of confirmed cases has continued to rise in many countries including Iran, Italy, Japan and South Korea. Concerns are growing as more infections are reported involving people who have neither traveled to China nor been in contact with someone who did.

The WHO has been releasing a daily situation report on the coronavirus since late January, in which it had said the risk was "very high" in China, and "high" at both the regional and global levels.