A woman from the United States who was among hundreds of passengers who disembarked on Friday from a cruise ship in Cambodia and flew to Malaysia has been confirmed as being infected with the new coronavirus, a Malaysian health official said Saturday.

The Westerdam, carrying 1,455 passengers and 802 crew, grabbed headlines after it was turned away by five ports in Asia over coronavirus fears before the Cambodian government allowed the ship to dock on Thursday on humanitarian grounds. 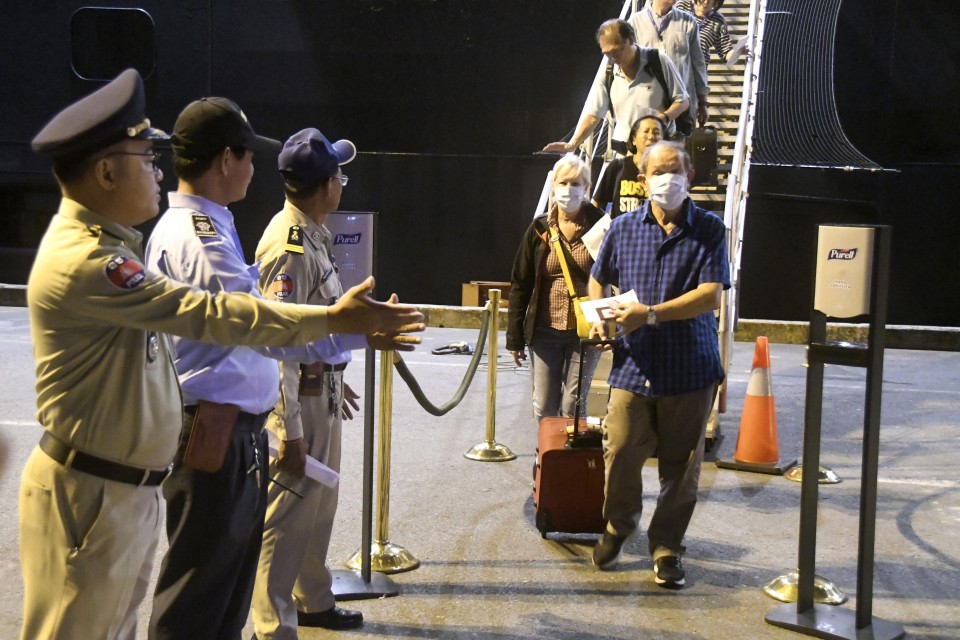 (Passengers disembark from the Westerdam cruise ship at the port of Sihanoukville in Cambodia on Feb. 15, 2020.)

Noor Hisham Abdullah, the Health Ministry director general, said in a statement that the 83-year-old woman and her 85-year-old husband, also from the United States, were among 145 passengers who flew into Malaysia on Friday after disembarking.

Airport screening discovered the couple to have "symptoms," the statement said, adding they were sent to a hospital on the outskirts of Kuala Lumpur. A test for the virus now known as COVID-19 came back positive for her on Saturday.

Her husband tested negative although he remains hospitalized for treatment of his symptoms and observation.

The couple were among the total 405 passengers who, after disembarking on Friday, boarded charter flights to either the capital Phnom Penh or to Kuala Lumpur.

On Saturday, 769 passengers, including all four Japanese passengers on the ship, as well as 66 crew disembarked and also flew out of Cambodia.

Due to the large number of passengers involved, the entire disembarkation process is expected to take at least three days to complete, according to a Cambodian official.

Before arriving in Cambodia, the ship's operator, U.S.-based Holland America Line, repeatedly stated that there were no suspected cases of virus infection on board.

With the latest case, the total number of the coronavirus infections in Malaysia rose to 22, also including 15 Chinese nationals and six Malaysians.