Pete Buttigieg, a 38-year-old former mayor from Indiana, is leading in the first state-level contest to pick the Democratic candidate for the Nov. 3 presidential election, according to the first batch of results of the Iowa caucuses belatedly made available Tuesday.

Bernie Sanders, a 78-year-old left-wing senator who describes himself as a "democratic socialist," was slightly behind in second, followed by Elizabeth Warren, 70, another left-wing senator. Former Vice President Joe Biden, 77, was fourth, according to the results from 62 percent of the caucus sites. 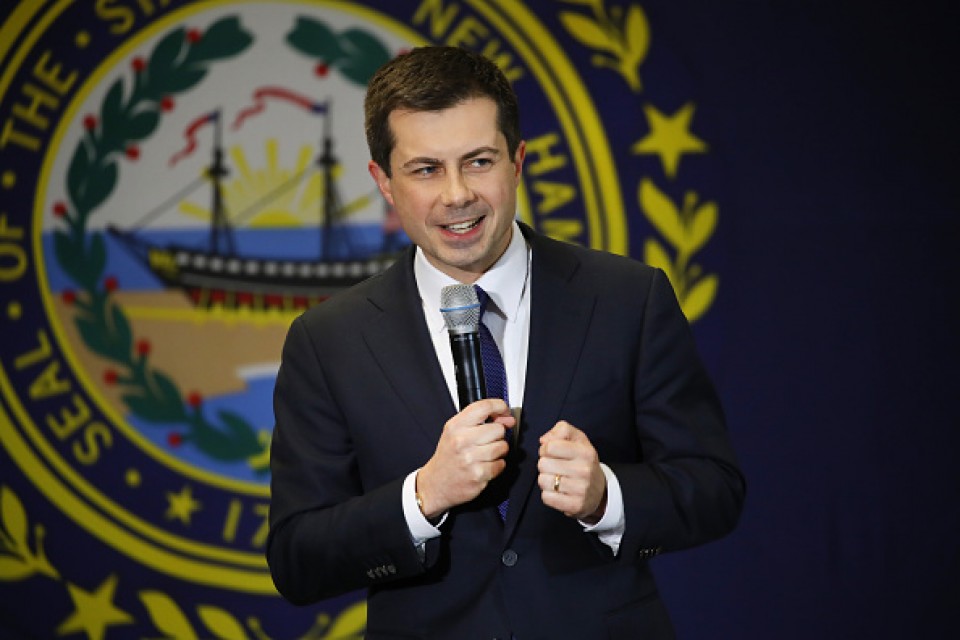 "We don't know all of the numbers, but we know this much. A campaign which started a year ago with four staff members, no name recognition, no money, just a big idea...has taken its place at the front of this race to replace the current president with a better vision for the future," Buttigieg said in televised remarks.

Initial excitement surrounding the Iowa caucuses, which marked the start of the 2020 presidential election cycle, appeared to quickly turn into frustration as the technical glitch forced the Democratic Party to delay the announcements of any of the results of the voting that took place Monday night across the Midwest state.

The Iowa Democratic Party said earlier Tuesday that the problem was linked to an app used to collect voting results. In the local gatherings called caucuses, votes are determined not by casting ballots, but by standing in groups around a room.

"While the app was recording data accurately, it was reporting out only partial data. We have determined that this was due to a coding issue in the reporting system. This issue was identified and fixed," Iowa Democratic Party Chair Troy Price said in a statement.

He later held a press conference and assured that the "raw data is secure," but did not say when the final results would come out.

The outcome of the Iowa caucuses is regarded as a key indicator of a candidate's likely success.

Buttigieg, who is leading the caucuses on 26.9 percent, is a Harvard and Oxford-educated Afghanistan war veteran and served as a mayor of his hometown of South Bend for two terms until January 2020. If elected, Buttigieg would be the youngest president in U.S. history and the first openly gay one.

Buttigieg belongs to the moderate wing of his party. Political experts have said that the fact that he is gay may work against him with conservative U.S. voters. He is also seen as having limited political experience and less appeal than other candidates to African American voters.

Sanders won 25.1 percent. He is a veteran politician who has advocated the need to drastically tackle economic inequality such as by revamping the country's healthcare system. Warren logged 18.3 percent. 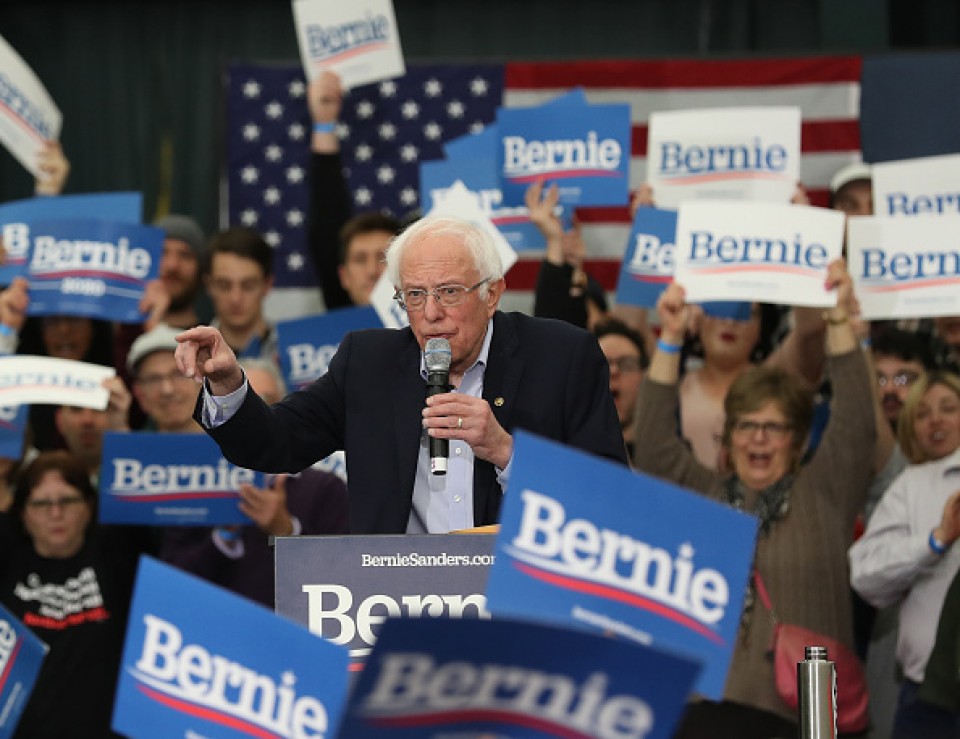 (Bernie Sanders speaks at a campaign rally on Feb,. 4, 2020 in Milford, New Hampshire.)[Getty/Kyodo]

Biden came in at 15.6 percent, even though he has often been seen as a formidable potential challenger to President Donald Trump due to his moderate policy stance and experience of having served as Barack Obama's vice president for eight years from 2009.

The Democratic Party will finalize its choice of presidential candidate at its convention in July, while the Republicans are scheduled to formally endorse Trump's bid for re-election at their party convention in August.

The voting count trouble in Iowa was taken by Trump as an opportunity to lambast the Democratic Party, which he has repeatedly criticized for impeaching him.

"The Democrat Party in Iowa really messed up, but the Republican Party did not. I had the largest re-election vote in the history of that great state," Trump tweeted Tuesday.

The Republican Party also held caucuses in Iowa on Monday, in which Trump easily won against some minor candidates who are seeking the party's nomination.