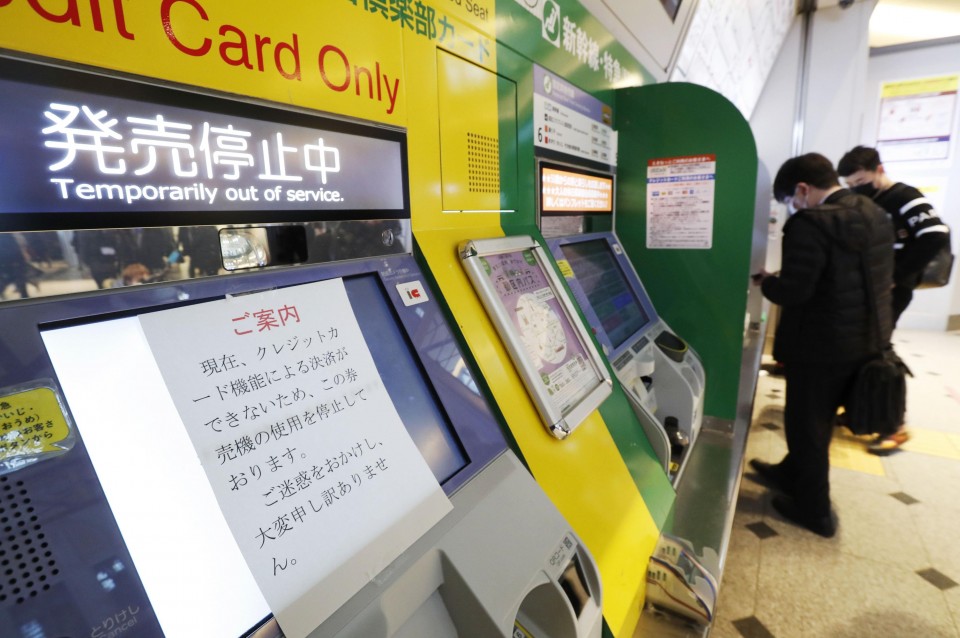 (Photo taken at Tokyo station on Feb. 10, 2020 shows a ticket vending machine out of order.)

The glitch occurred around 4 a.m. when ticketing machines and counters opened, the company said. A problem was found in the database of servers responsible for processing credit card transactions and was resolved around 8:40 a.m., Railway Information Systems said.