Baseball stadiums, amusement parks and many other popular spots in Japan were mostly empty Saturday following the government's request earlier this week to operators of sports and entertainment venues to consider canceling or postponing mass gatherings to help prevent the spread of the new coronavirus.

Professional baseball games, usually associated with fans cheering and singing in unison at packed stadiums, were played without spectators across the country as Nippon Professional Baseball decided Wednesday to hold all 72 of its remaining preseason games behind closed doors.

At Zozo Marine Stadium, the Lotte Marines' Seiya Inoue homered against the Rakuten Eagles and circled the bases in silence. "It's sad that nobody is watching," he said after going ahead with his routine home-run celebration performance.

"It's for the safety of our fans. It can't be helped," said Kimiyasu Kudo, manager of the SoftBank Hawks in the Pacific League. 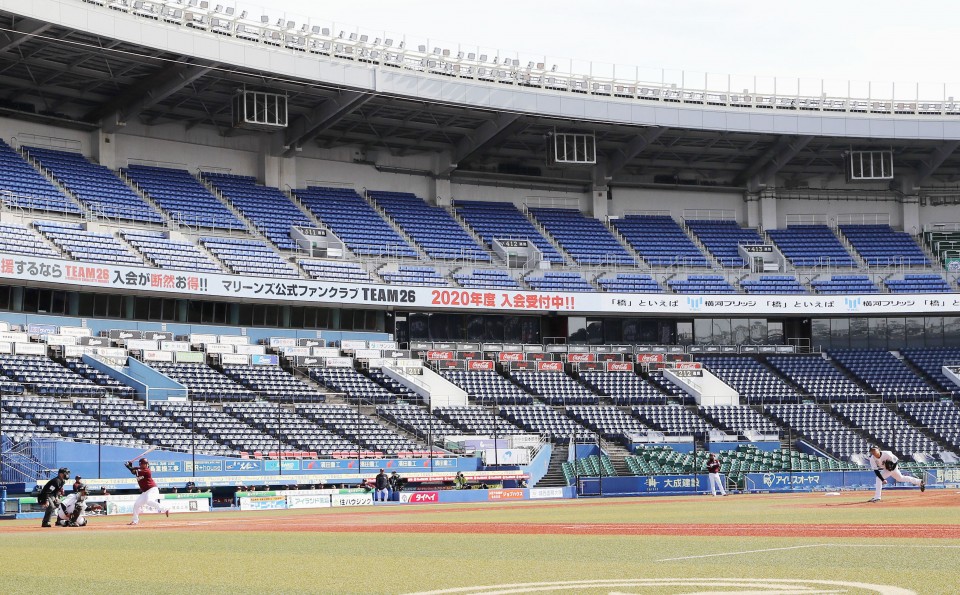 It is the first time NPB has barred fans from attending preseason or regular season games, although after the March 2011 earthquake and tsunami, practice games before that season's delayed start were closed to the public.

"Players can do well partly because they're playing in front of fans. By contrast, (playing at an empty venue) will allow them to appreciate fans even more," said Akihiro Yano, skipper of the Central League's Hanshin Tigers. "I think this will be a good experience for them."

There were also few signs of life in many other places along the Japanese archipelago. Tokyo Disneyland and Universal Studios Japan, popular theme parks that usually draw ample crowds on weekends, were closed from Saturday to March 15 in line with the government's request Wednesday to cancel or put off big events for two weeks.

The numbers of people were sparse at nearby shops and train stations, with amusement park staffers wearing face masks explaining to tourists how to get refunds for tickets or informing visitors about the closures. 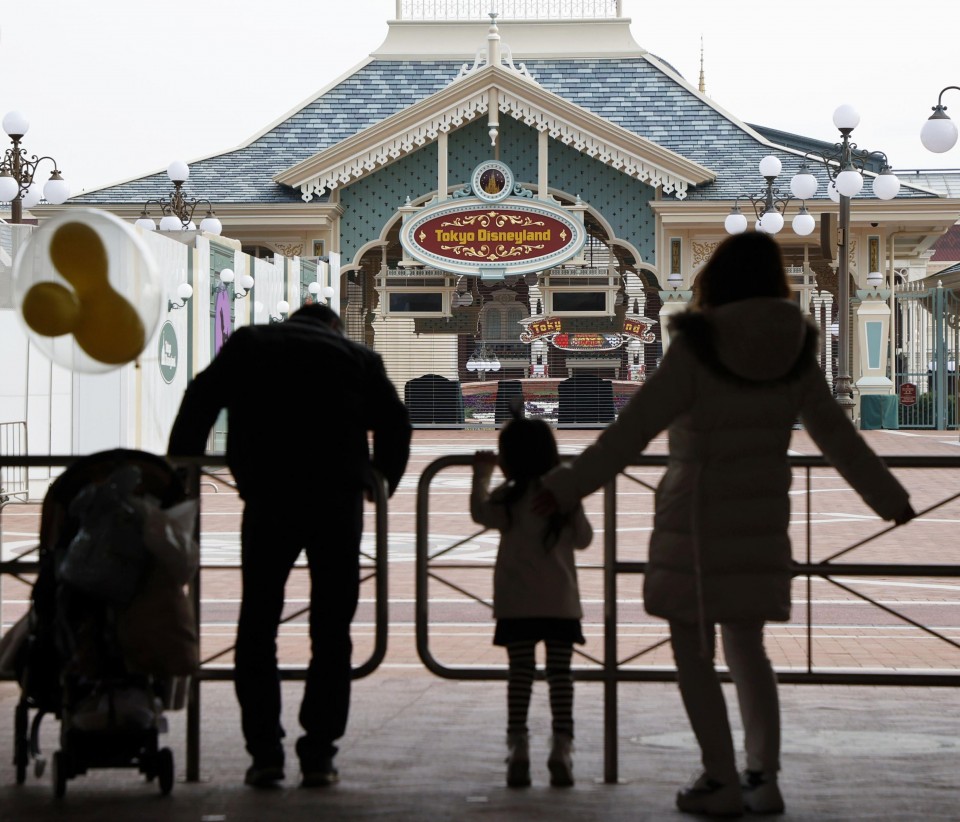 Some visited USJ in Osaka anyway because they had planned the trip before the closure announcement. "I wanted to take at least a photo," said a 20-year-old university student who traveled to the park from Beppu in Oita Prefecture with friends.

In Hokkaido, the country's northernmost main island where a state of emergency was declared Friday, fish markets, commercial facilities and tourist spots were deserted, while department stores and restaurant chains cut their business hours.

At Nijo Market, where displays of the day's catch are popular with tourists, restaurant employee Daisuke Tanaka, said, "There aren't any customers. Normally, tourists come here for bowls of fresh fish on rice."

At least 70 infections, including two deaths, have been confirmed in Hokkaido, the largest among the country's 47 prefectures, prompting the governor to ask residents to remain indoors over the weekend.

At Ueno in Tokyo, where a number of museums and other cultural facilities are located, some visitors were surprised at the closures.

"I understand that mass events are canceled but I didn't expect that even the National Museum of Nature and Science would also be shut," said Eiji Ono, a company employee from Kanazawa, Ishikawa Prefecture. 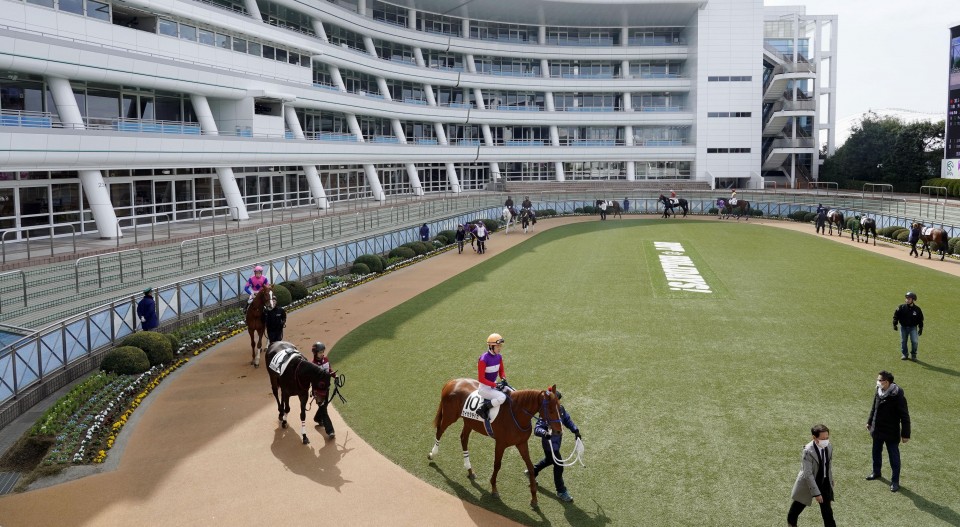 Tokyo Girls Collection, a major fashion show, also went ahead without spectators, in the Japanese capital. The show, including models on the catwalk, was livestreamed instead.

Meanwhile, horses raced in front of empty stands at three racecourses. At Nakayama Racecourse in Funabashi, near Tokyo, a few fans went to the venue in the morning without knowing they could not enter, the Japan Racing Association said.

"It was awkward when we passed by (an empty) paddock, but it felt like any other race, except for not hearing fans cheer in the final dash," said jockey Genki Maruyama, who won the first race at Nakayama.

Paralympics: IPC to continue preps for Tokyo Games despite coronavirus