On a rainy day in Higashiosaka, it took the Wild Knights a while to get going after falling behind to an early penalty from Marty Banks.

But a try from a rolling maul by Yuji Shimogama in the 22nd minute was the first of three first-half tries with Shohei Hirano and Rikiya Matsuda also crossing the chalk to make it 21-3 at the break. 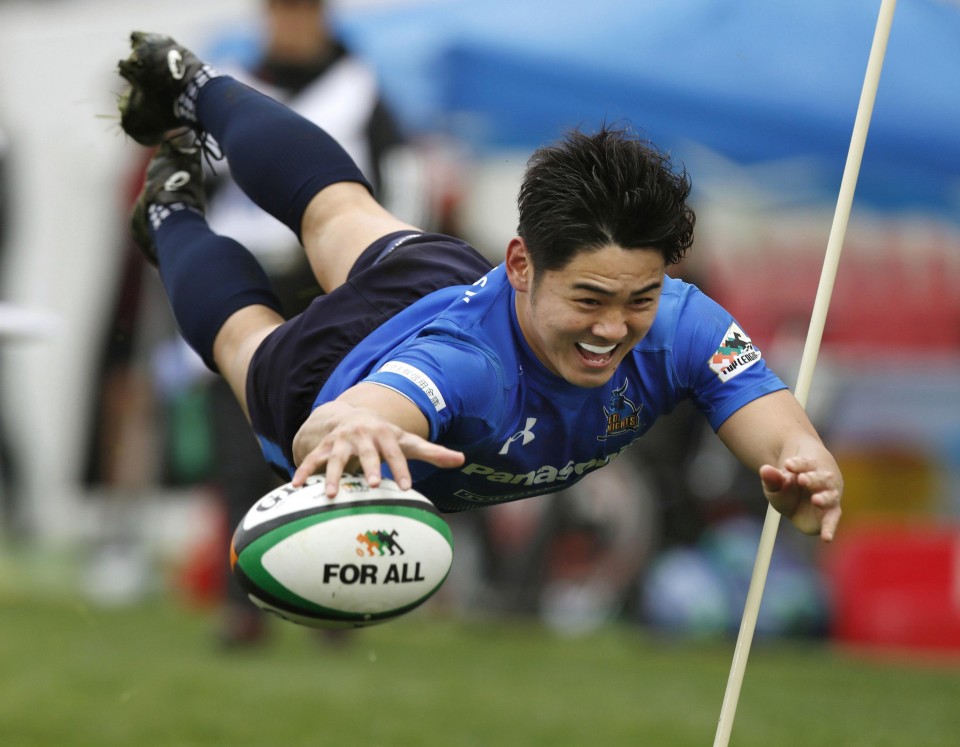 The second half was just a minute old when Ryuji Noguchi added Panasonic's fourth before man-of-the-match Koki Takeyama bagged a brace to round off the scoring, Takuya Yamasawa finishing the day with five conversions.

The victory was the sixth straight with a bonus point for the Wild Knights, despite Robbie Deans picking a side missing a number of first-choice players.

Panasonic top the standings with 30 points, while the Red Hurricanes, coached by former All Black Mike Brewer, are 15th with four points after losing their last three games by a combined score of 219-10.

Tuitama had a hat-trick to his name inside the first 24 minutes, scored his fourth in the 37th minute and added two more in the second half, while Ngamanu had two before the break and one after for his second hat-trick in two games.

Yamaha have 24 points, one more than Kobe Kobelco Steelers, who take on Toshiba Brave Lupus on Sunday.

Rugby World Cup 2019 winner Malcolm Marx made it five tries in the last four games as the Shining Arcs came from behind to beat Honda Heat 14-13 despite a red card to fellow South African Willie Britz.

Kubota, meanwhile, went down 20-18 to Toyota Verblitz in a thriller.

A 78th-minute try by Honeti Taumohaapai, converted by Bernard Foley looked to have given Frans Ludeke's team the points at Nagoya's Paloma Mizuho Rugby Stadium. But they were penalized straight from the restart and Lionel Cronje banged over the penalty to give Toyota their third win of the season.