North Korea may shy away from major provocations amid U.S.-Iran tensions

As North Korea leader Kim Jong Un marked his birthday on Wednesday, some analysts believe the latest escalation in tensions between the United States and Iran may dissuade him from major military provocations for the time being.

At a key ruling party meeting held late last year, Kim pledged to unveil a "new strategic weapon" to be possessed by his country "in the near future," while effectively retracting his promise to refrain from intercontinental ballistic missile or nuclear tests.

But a source familiar with North Korean affairs said last week's U.S. strike that killed a top Iranian general has "definitely scared" Kim, who earlier sought security guarantees from Washington to ensure the continuation of the monolithic political system led by him.

Given the U.S. strategy on Iran, Kim is expected to be forced to take a wait-and-see attitude "in order to avoid suffering the same fate as Iran," the source added. 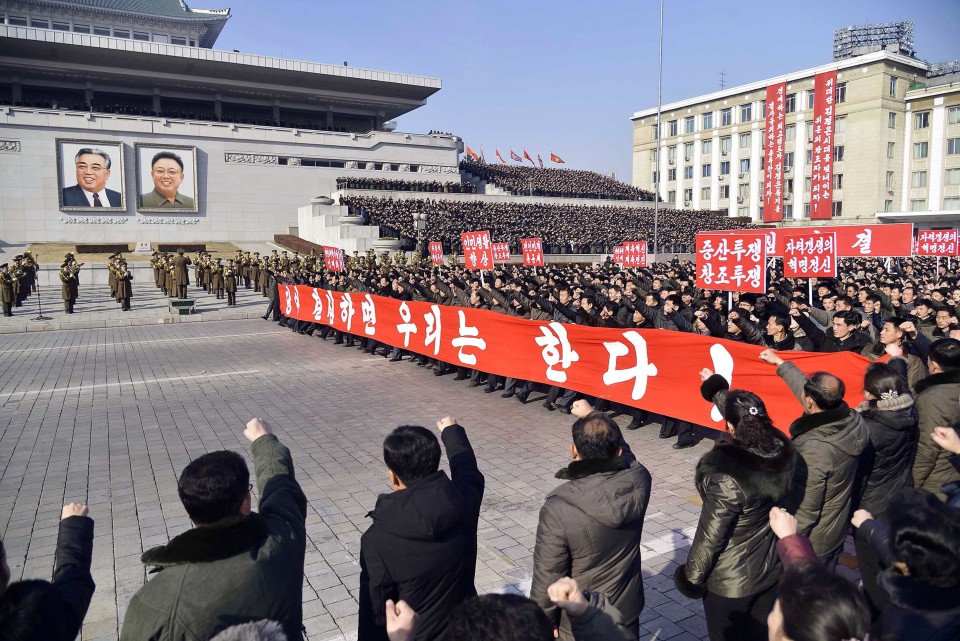 (North Korean citizens gather at Kim Il Sung Square in Pyongyang on Jan. 5, 2020, to pledge to carry out tasks set forth at a plenary meeting of the Central Committee of the Workers' Party of Korea.)

Since the start of the year, meanwhile, Kim has stressed that North Korea will make a "frontal breakthrough," as he has committed to rebuilding the domestic economy "by dint of self-reliance" without giving in to sanctions imposed by its "enemies."

As the United States remains reluctant to ease the economic sanctions aimed at preventing North Korea from developing nuclear weapons and ballistic missiles, Kim is likely to shift his focus to shoring up the nation's stagnant economy, the source said.

Tensions between the United States and Iran have soared since the U.S. drone strike in Baghdad last Friday that killed Lt. Gen. Qassem Soleimani, commander of the foreign wing of the Islamic Revolutionary Guard Corps.

North Korea's state-run media have reported the killing, quoting Chinese and Russian foreign ministers as sharing concern that an "illegal" action by the United States has significantly worsened the security environment in the Middle East.

The Rodong Sinmun, North Korea's most influential newspaper, said in an article on Monday, "To further strengthen our own force, first of all, is an urgent demand of the present situation in which a protracted confrontation with the U.S. has become a fait accompli."

Troy Stangarone, a senior director at the Korea Economic Institute in Washington, said, "If Kim Jong Un has made the strategic choice to test an ICBM, the situation in the Middle East is unlikely to deter him."

"However, North Korea shouldn't assume that if the United States becomes more deeply involved in a conflict in the Middle East that it frees North Korea to be more provocative than normal," Stangarone added, suggesting an ICBM launch by Pyongyang will not come soon.

In December, North Korea said it would send a "Christmas gift" to the United States, sparking fears that it would fire an ICBM for the first time since November 2017. But the holiday passed without any "gift" from Pyongyang.

Even after Kim indicated he would step up military provocations against the United States, North Korea has shown no sign of imminently carrying out an ICBM test. 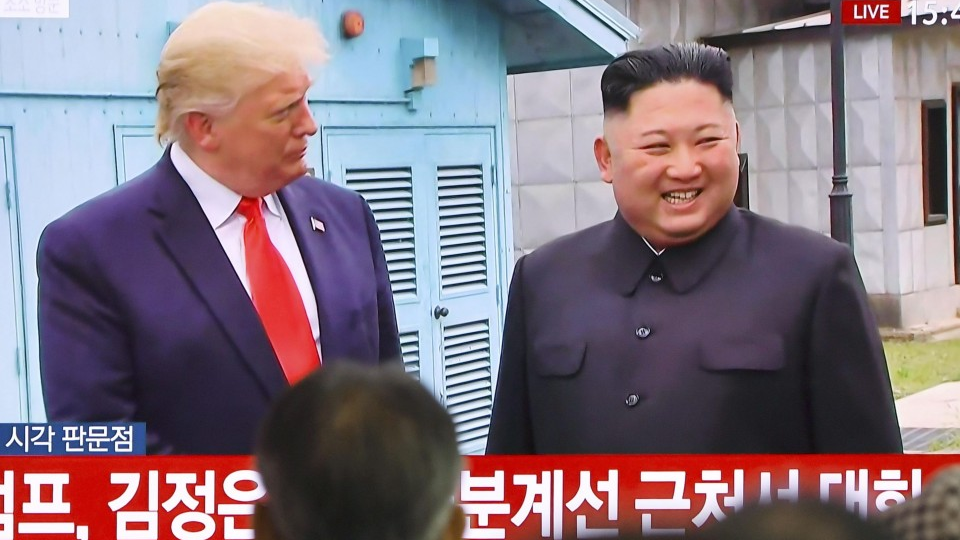 As for nuclear testing, last conducted by North Korea in September 2017, some observers warn that the nation might dare to restart it, claiming it should bolster its self-defense capacity to counter threats from the United States.

Thae Yong Ho, a former deputy ambassador to North Korea's embassy in London who defected with his family to the South in 2016, said on his website that the U.S. assassination of Soleimani must have made Kim "very shocked."

The North Korean leader, who has tried to gain concessions from Washington by vowing denuclearization in a phased manner, "has become increasingly confident that the only thing that would protect him is a nuclear arsenal."

Nevertheless, Tong Zhao, a senior fellow at the Carnegie-Tsinghua Center for Global Policy in Beijing, said North Korea is "less likely" to resume nuclear testing in the near term as it "may prove to be too provocative."

Pyongyang instead "wants to show that it is prepared to take a longer time to achieve its stated goal of economic success and may believe this help itself gain leverage against Washington in future negotiations," he added.

North Korea has not designated Kim's birthday as a holiday. During his birthday last year, Kim made his fourth visit to China for talks with President Xi Jinping.

Some foreign affairs experts say Kim, who was born on Jan. 8, 1984, became 36 years old on Wednesday, but according to some reports, he was born on that day in 1983.