Tsunami-stricken god of fishermen and luck statue pulled from sea

A statue of Ebisu, the Japanese god of fishermen and luck, was pulled from the sea Tuesday and will be given a new home near the Miyagi Prefecture port from which it was swept during the devastating 2011 tsunami.

Pulling in a sea bream -- an auspicious symbol in Japan -- and overlooking Kesennuma Bay from the northeastern Japan port, the 1.5-meter-high Ebisu statue erected in 1988 was popular with tourists and locals hoping its powers would bring a good catch and safe passage of vessels. 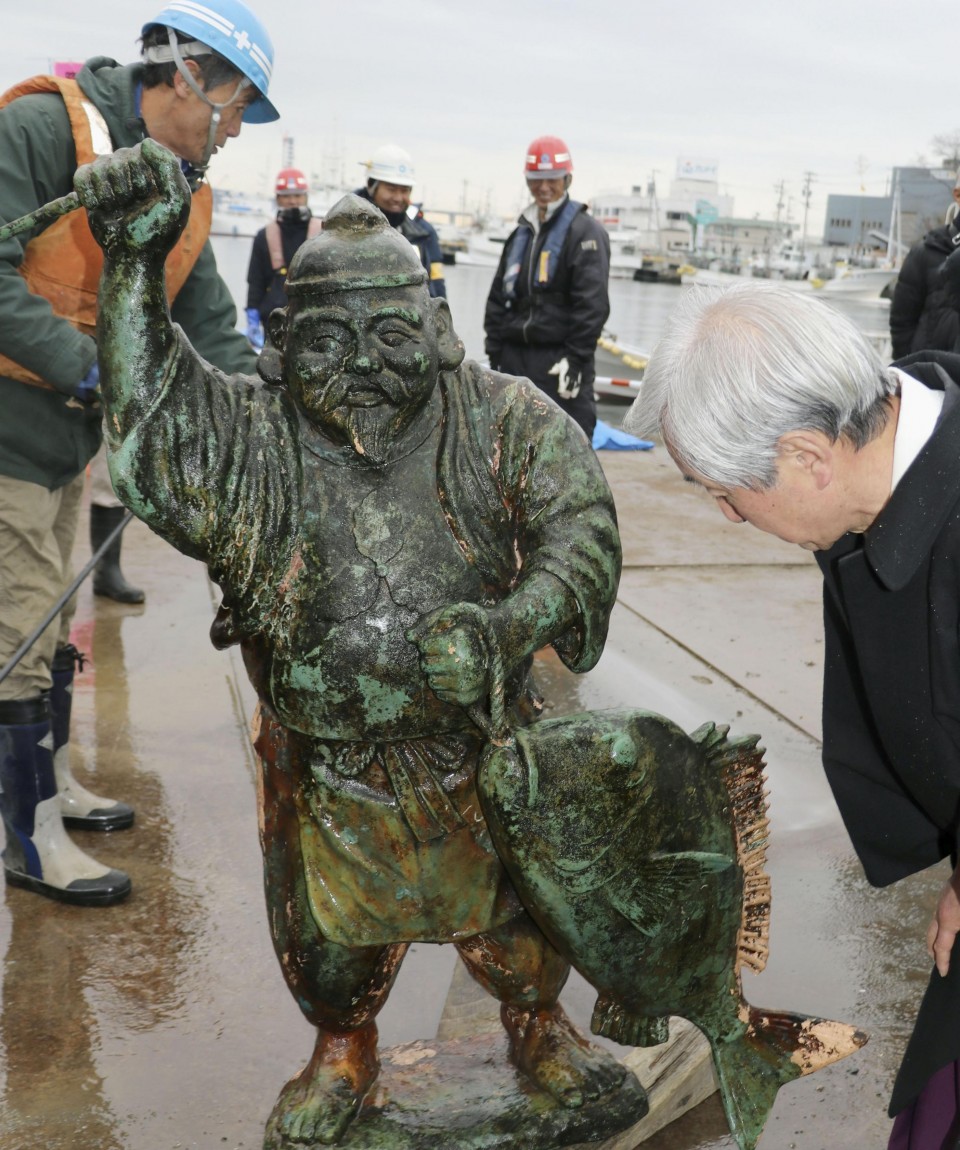 It was found in November when a diver conducting an underwater survey for a Kesennuma city reconstruction project chanced upon it in 2 meters of water, around 10 meters away from its previous position.

Although volunteer divers had gone in search of the statue immediately after the tsunami, they failed to locate it and gave up.

The statue was salvaged by crane and was assessed to have suffered little damage apart from a broken fishing rod.

"It was a symbol of the citizens (of the area)," said Masashi Kamiyama, 70, chief priest of the local Isuzu shrine, which owns the statue. "(Its salvage) gives hope to everyone."

The recovered Ebisu figure will be installed for worshippers who visit the shrine, with its replacement already cast thanks to funds raised by locals.

The new statute will be located near the old statue's original position. 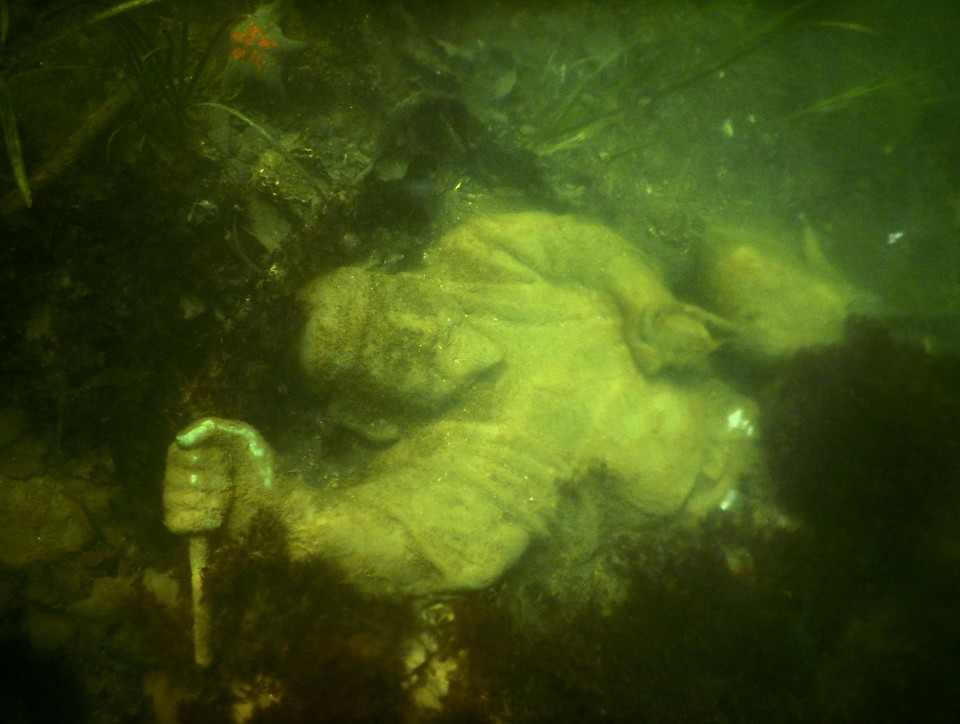 (The statue of Ebisu found under water in November 2019.)[Courtesy of Kesennuma City]