Details of the waterfront athletes' village for the 2020 Tokyo Olympic and Paralympic Games were revealed Thursday, with organizers emphasizing its accessibility and ease of use for para-athletes.

Located near the center of scheduled events inside the capital, the 44-hectare village features three sides offering scenic views of the sea. A transport mall at the center of the village will provide buses to and from the venues. 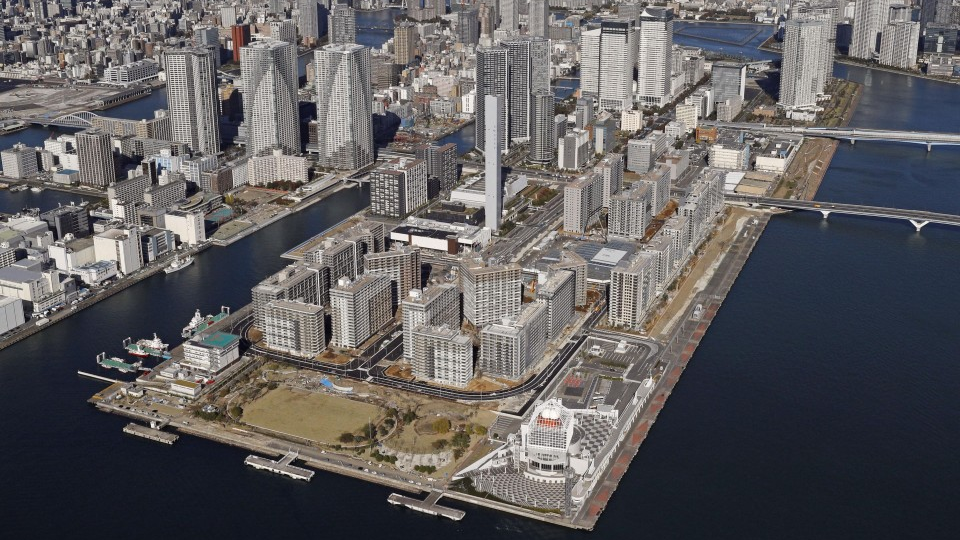 (Waterfront athletes' village for the 2020 Tokyo Olympic and Paralympic Games pictured from a Kyodo News helicopter.)

"It's distinct for not being in the suburbs but being in the middle of the city, close to Odaiba, Haneda, Shinagawa and Ginza," said village general manager Takashi Kitajima.

"Athletes will be able to bask in a sense of spacious calm as they take in the views on offer."

Some 21 buildings of between 14 and 18 stories will accommodate 18,000 beds for athletes and staff during the Olympics, and 8,000 during the Paralympics. Each of 3,800 condominiums can hold up to eight people, with up to two beds per room.

The bed frames are made of sturdy recycled cardboard, in line with organizers' efforts to host an environmentally friendly and sustainable games.

Air conditioners used in the village will be donated after the games to areas hit by the 2011 earthquake and tsunami that devastated northeastern Japan. The village's residential buildings are planned to be renovated and converted to apartments after the games.

Bedclothes, closets and tables will already be in place while items such as fridges and televisions can be rented at a fee. Laundry services will be provided free of charge. 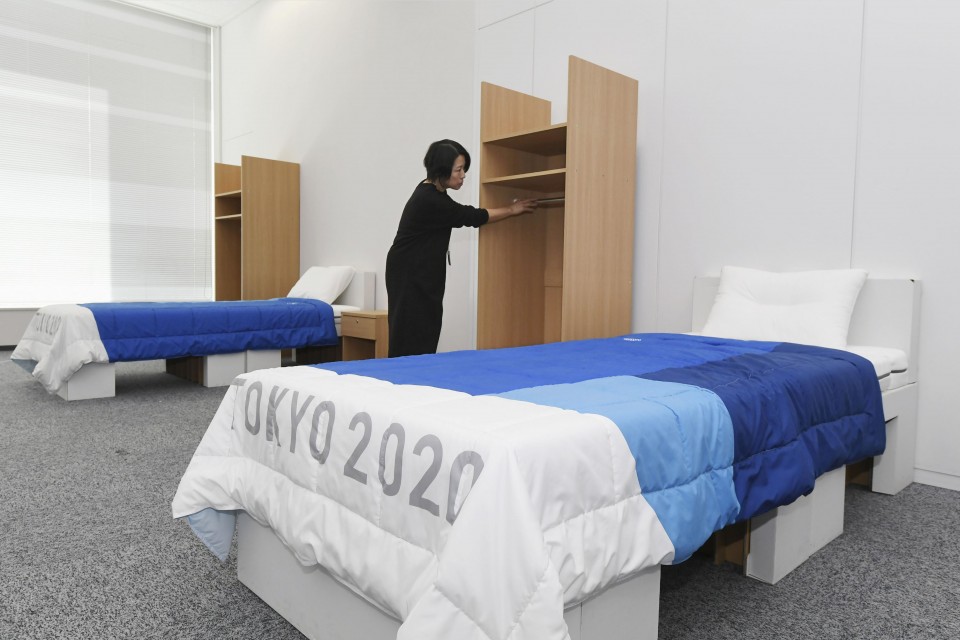 (A room of an accommodation facility at the athletes village)

The two-story main dining hall will remain open 24 hours since there are no cooking facilities in the condominiums. Athletes can also access a complex inside the premises housing a clinic, gym and casual dining.

Large passages have been provided in the residential area to enable wheelchair users to pass each other.

A plaza outside the main village will have games goods available for purchase, while an adjacent operation zone will serve as the point of registration for athletes upon their arrival.

The athletes' village will officially open on July 14, 10 days before the Olympic opening ceremony on July 24, and serve as a base for athletes until three days after the closing ceremony on Aug. 9.

The site will open to para-athletes on Aug. 18 for the duration of the Aug. 25-Sept. 6 Paralympics and close on Sept. 9.

Separate villages will be established in Oiso, Kanagawa Prefecture, and Izu, Shizuoka Prefecture, utilizing area hotels for the sailing and cycling events held outside Tokyo. 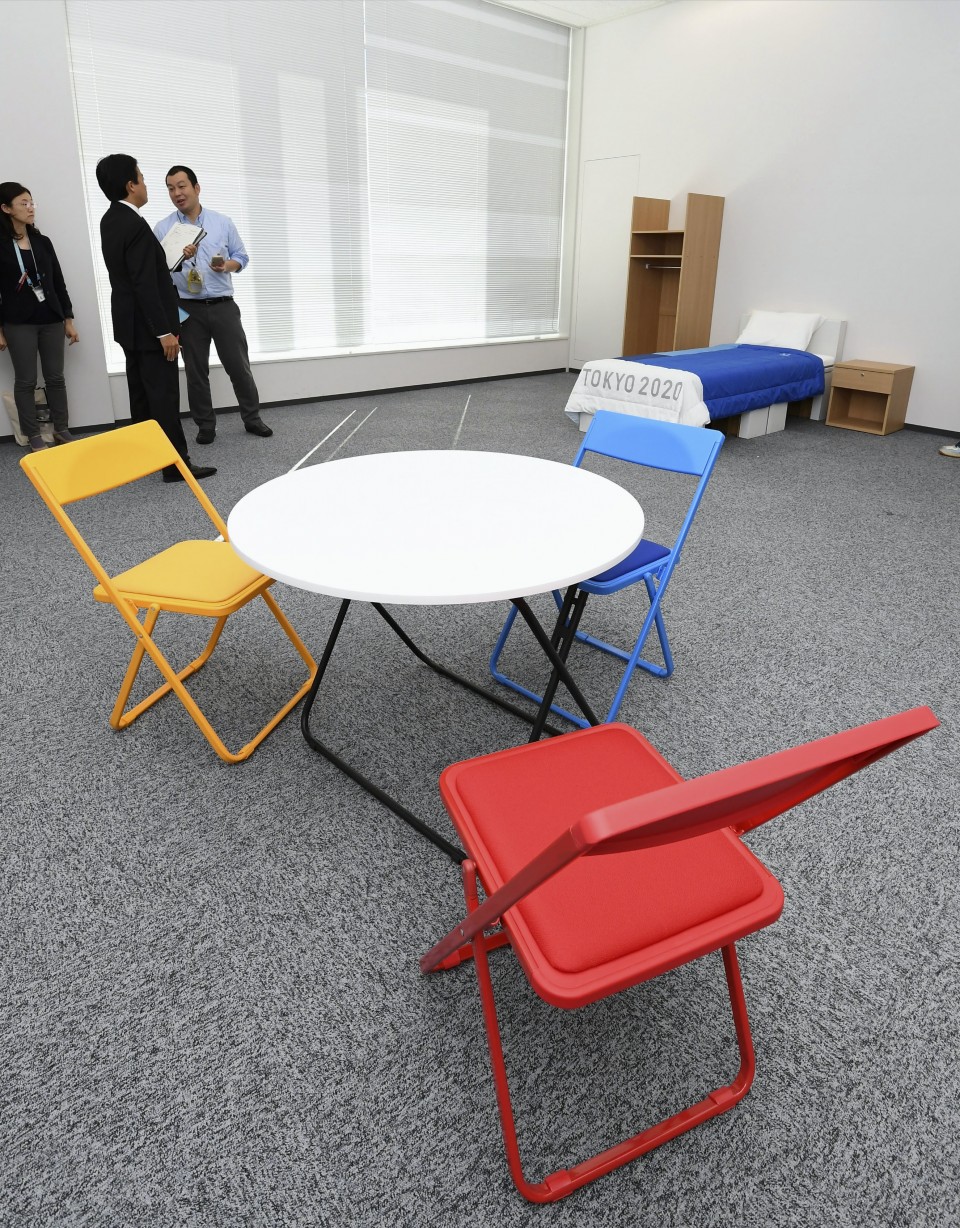