Japan to launch project to boost farm productivity in Myanmar

Japan will launch a 390 million yen ($3.6 million) project in May in Myanmar to boost irrigation and agricultural management as part of efforts to increase productivity and eradicate poverty in the Southeast Asian country.

Development of the agriculture promotion system, the improvement of the rice value chain, among other things, will be conducted in six townships in the Shwebo district of the Sagaing region, home to some of the largest irrigated farmland in Myanmar. 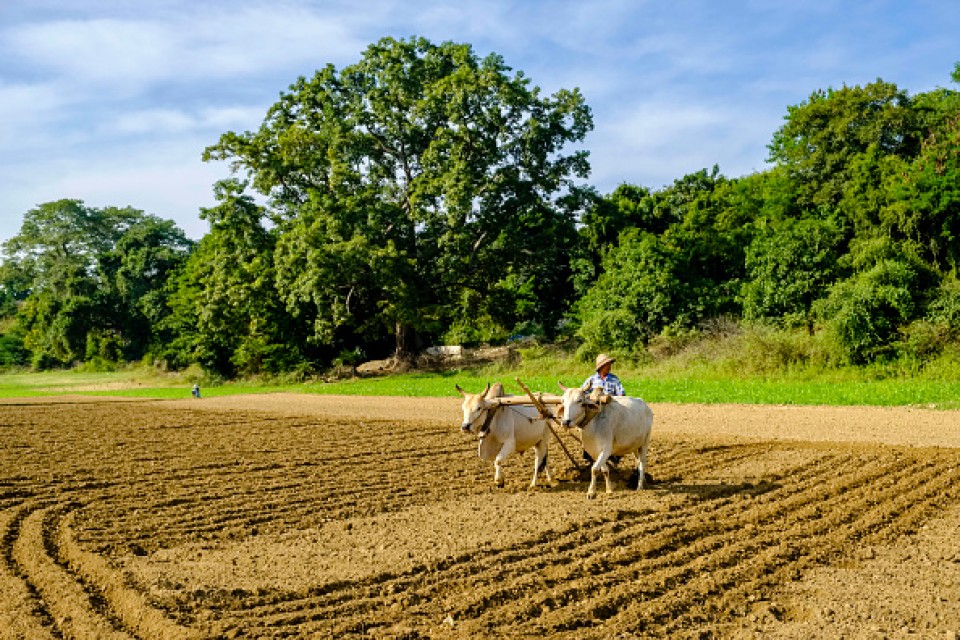 (A farmer is ploughing a field with two cattle in the Sagaing region.)[LightRocket/Getty/Kyodo]

The Japan International Cooperation Agency and the Myanmar government signed an agreement for the project in the Myanmar capital Naypyitaw last week.

The two sides also aim to secure a stable water source by establishing a water management organization for farmers and improve profitably by obtaining a geographical indication tag for Shwebo Pawsan, a high-end variety of local rice.

The project, designed to improve the income and management skills of farmers, runs from May 2020 to November 2024, according to JICA.

Japan has already started repairing irrigation facilities as well as bridges and roads in the Shwebo district as part of another assistance project, according to JICA.