Japan and Britain have been discussing the handover of three Britons who fled Japan after allegedly robbing a jewelry store of items worth 106 million yen ($964,000) in the Japanese capital in 2015, investigative sources said Tuesday.

Although the three men are not thought to be in police custody, British authorities may have information as to their whereabouts, the sources said.

It would be the first time for Japanese police to receive fugitives from a country with which Tokyo has not signed an extradition treaty. At present, the Japanese government only has such an arrangement with the United States and South Korea. 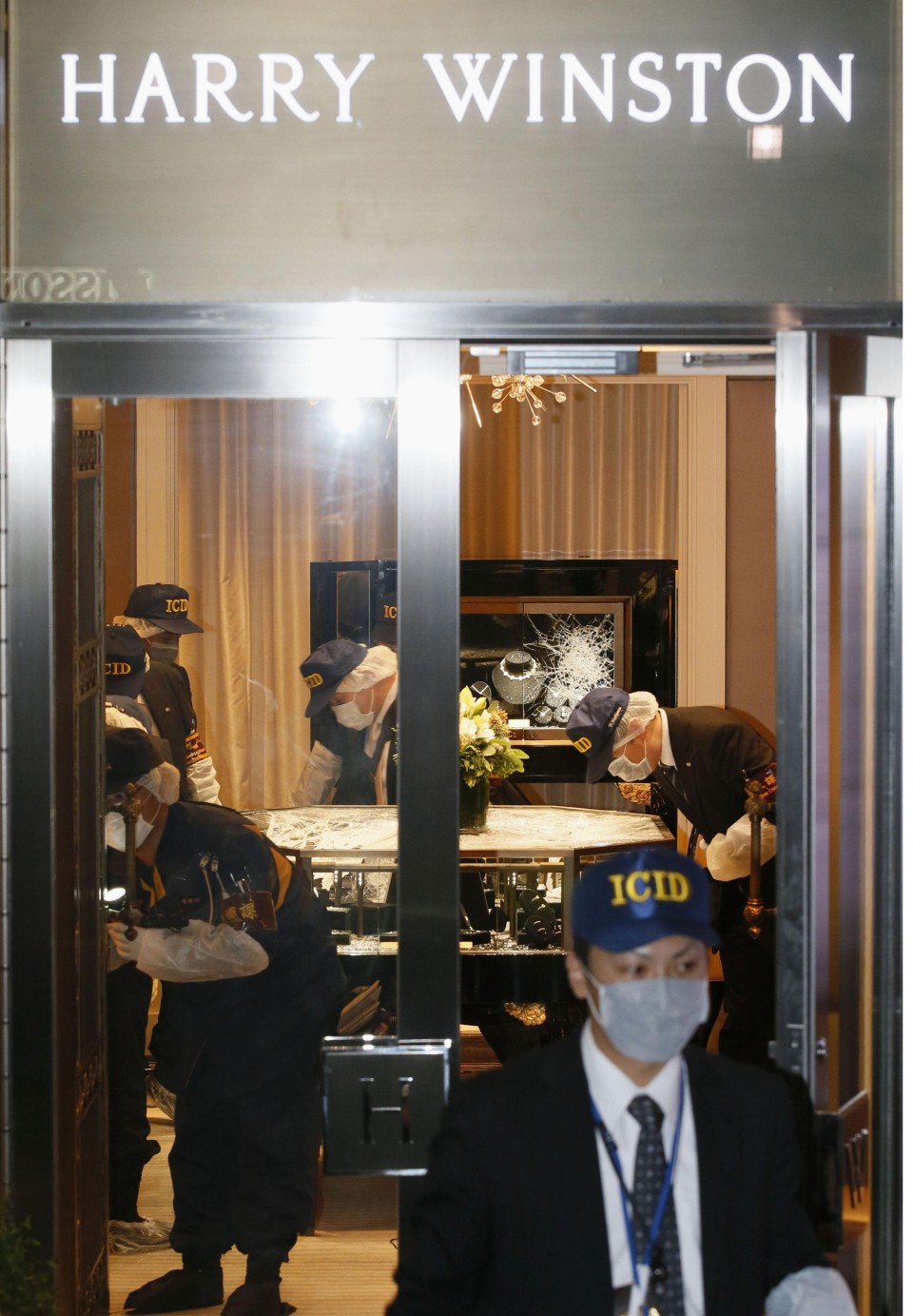 (Police investigate after a robbery of jewelry items at a Harry Winston store in Tokyo's Shibuya Ward in November 2015.)

On the night of Nov. 20, 2015, Daniel Lee Kelly, 41, Joe Anthony Chappell, 33, and a man aged 19 at that time who is now 23, robbed 46 items of jewelry from a Harry Winston store in Tokyo's Shibuya Ward, beating up a security guard and destroying showcases in the process, according to police.

The three men left Japan two days after the heist. The Tokyo police put them on the international wanted list through the International Criminal Police Organization, or Interpol, after obtaining arrest warrants for them in October 2017. 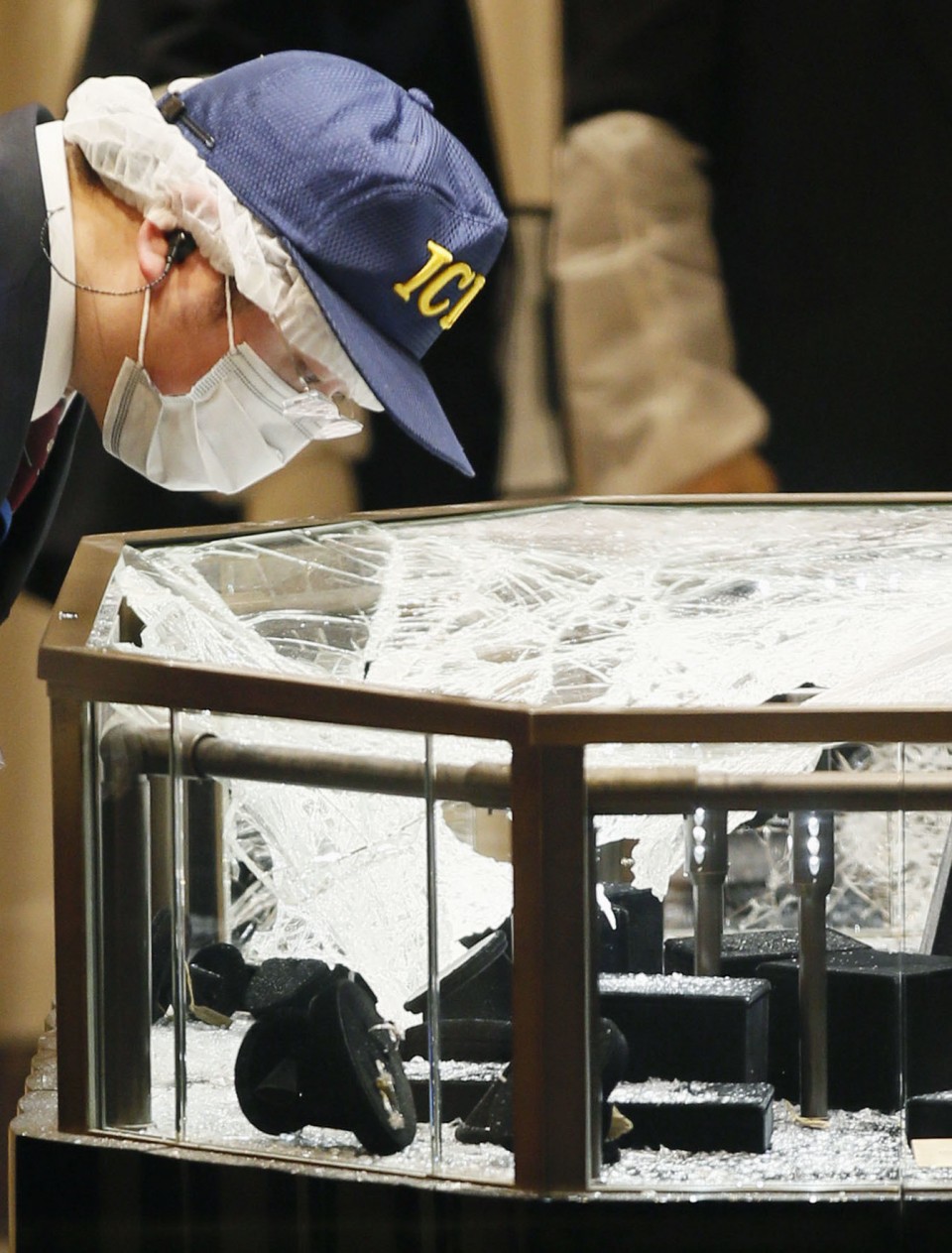 According to the sources, British authorities showed understanding for the Japanese extradition request based on the British judicial system's basic philosophy that offenders should be tried and punished in countries and regions where the crimes were committed.

The Tokyo police have sent evidence and other investigation materials to the British authorities and both sides have been preparing necessary documents and negotiating on the matter, the sources said.