North Korean authorities on Wednesday blocked foreign tourists crossing the border from China as a preventive measure after the outbreak of a new coronavirus in its neighbor, according to tourist companies.

Beijing-based Koryo Tours said it was contacted by a business partner in North Korea about the measure on Tuesday, adding Pyongyang's move may also apply to people traveling from China to North Korea on business. 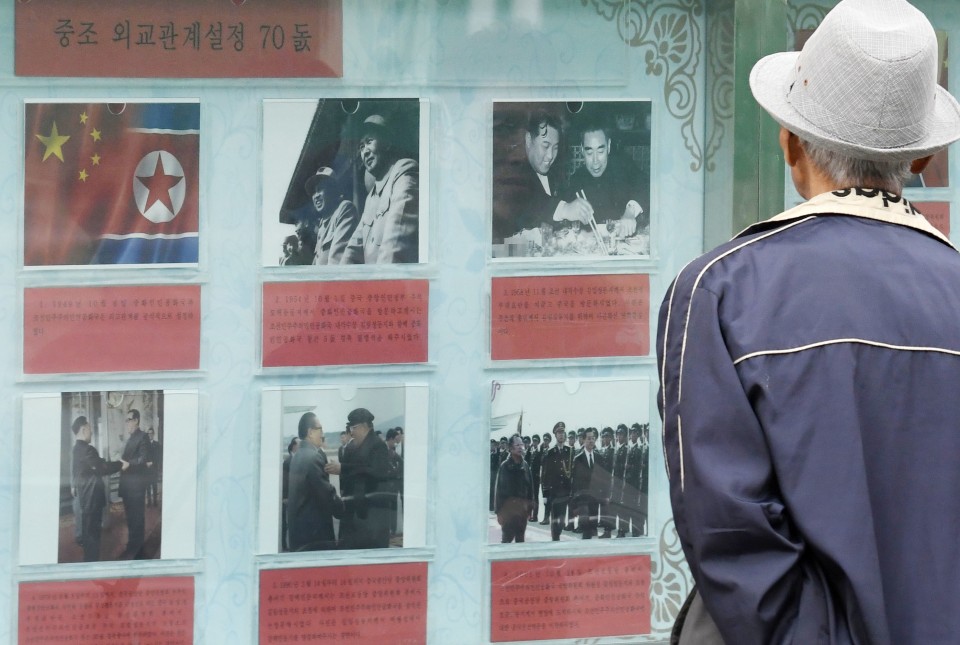 (Various photos depicting China's past relations with North Korea are on display in front of the Chinese Embassy in Pyongyang on Oct. 5, 2019, the eve of the 70th anniversary of the establishment of the bilateral ties.)

Meanwhile, a tourist company in Dandong, a northeastern Chinese city on the border with North Korea, said it was asked to stop day trips on Tuesday, and notified of a ban on all tourists on Wednesday.

North Korea is believed to be vulnerable to infectious diseases, against a backdrop of chronic shortages of food and medical supplies triggered by economic sanctions aimed at thwarting Pyongyang's nuclear and ballistic missile ambitions.

The state-run Korean Central Television reported Tuesday night that North Korean authorities have started to take steps across the country in cooperation with the World Health Organization.

North Korea also barred foreigners from entering the nation during the 2003 epidemic of severe acute respiratory syndrome, or SARS, and the Ebola outbreak in West Africa in 2014.