Tokyo Disneyland and DisneySea will raise the prices of their one-day passports on April 1, operator Oriental Land Co. said Thursday.

The increase is the first by the theme parks since April 2016, except for tax increase-related hikes, and is due to "improvement of the theme parks' value" following the opening of new attractions and enhanced availability of the smartphone app, the company said. 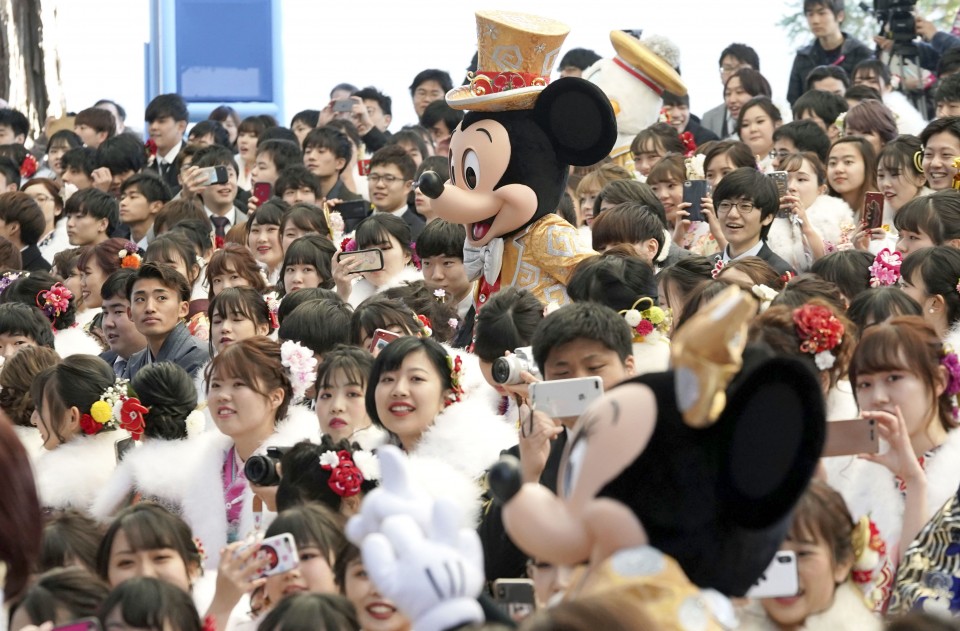 "We are advancing our barrier-free measures but some people may not be able to use certain attractions, depending on their disabilities," the company said.

Oriental Land the same day released its third-quarter earnings, saying its group net profit fell 4.5 percent to 70.9 billion yen in the April to December period from a year earlier on sales of 390.2 billion yen, down 2.4 percent. It cited falling spending by visitors at the theme parks and slumping hotel business.