Visiting Chinese President Xi Jinping and Myanmar leader Aung San Suu Kyi on Saturday witnessed the signing of dozens of agreements aimed at implementing projects in the Southeast Asian country under Beijing's Belt and Road initiative, according to local media.

Following a meeting between the two leaders and their delegations in the morning at the presidential palace in the administrative capital Naypyitaw, the signing ceremony for a total of 33 memorandums of understanding, agreements, exchange letters and protocols was held, the reports said.

Among them are agreements related to the Kyaukphyu Special Economic Zone, a multi-billion-dollar deep-sea port in western Myanmar, as well as MOUs on enhancing infrastructure development and promoting investment cooperation. 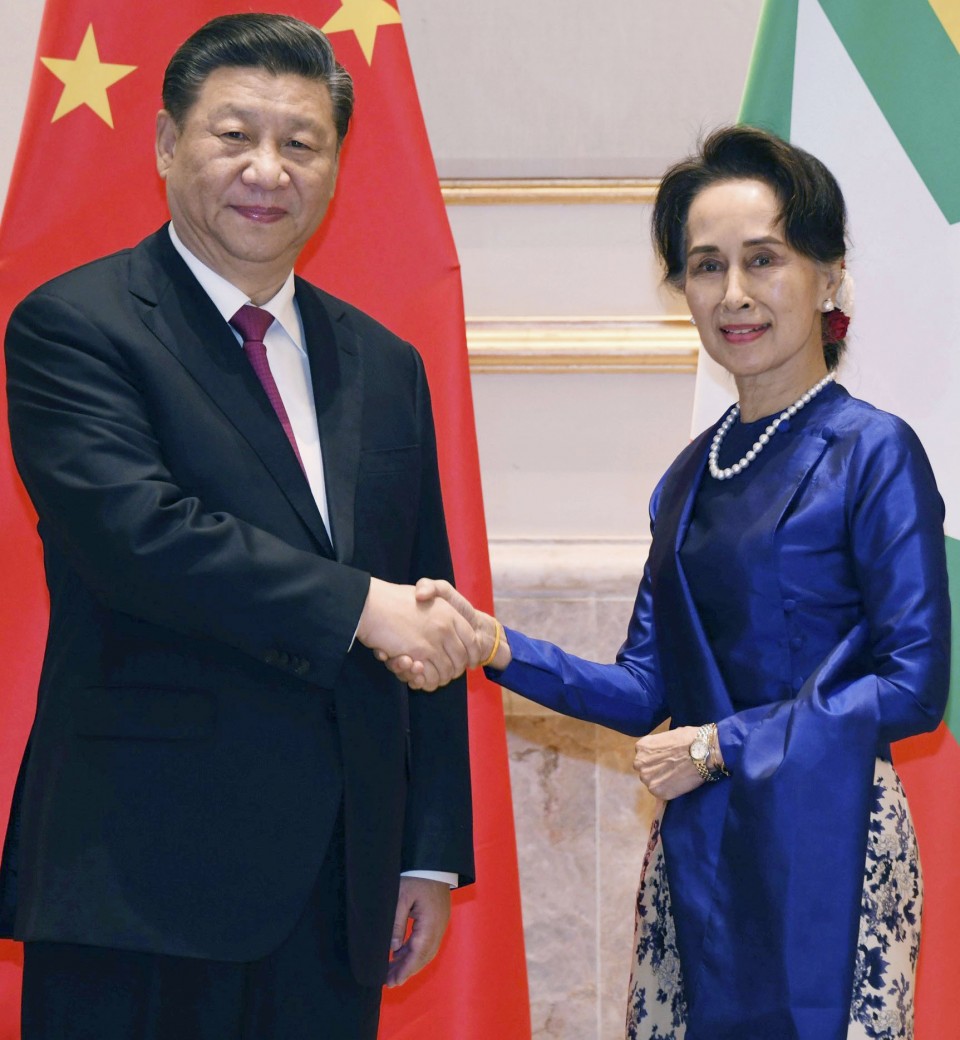 On Friday, the two leaders held cordial talks at the palace, exchanging views on a range of topics also including bilateral relations and issues of mutual concern, the Global New Light of Myanmar said.

Xi said China staunchly supports Myanmar in following the development path of its own choice, the report said.

During the visit, he also attended celebrations commemorating the 70th anniversary of China-Myanmar relations.

Xi, the first Chinese leader to visit the neighboring country in nearly two decades, left in the afternoon, flying back to Beijing. Fighter jets from the Myanmar Air Force escorted the special plane in a show of the strong bilateral ties.

While Myanmar has drawn criticism from the United States and Europe over its perceived failure to act decisively in the humanitarian crisis affecting the country's Rohingya minority, China has steadfastly supported its policy of prioritizing domestic stability.

The Southeast Asian nation is located right on the path of China's strategic plan to get direct access to the Indian Ocean as part of the initiative connecting nations across the globe.

While Myanmar forged strong relations with Beijing during the era of military leadership, since transitioning to civilian rule in 2011, the country has strengthened its relations with Europe and the United States under a foreign policy that seeks to strike a balance between the two sides.