With Japan hosting increasing numbers of foreign visitors and residents, plain Japanese is spreading as a means of more inclusive communication in various situations, from disasters to tourism.

"Every language must be respected, and when we communicate with people who don't speak Japanese, responding in their native language should be a priority," said Akira Yoshikai, head of Yasashii Nihongo Tourism Kenkyukai, a group which promotes plain Japanese and its potential in tourism.

"But when it's not practical to do so at an individual level, plain Japanese could be another option," he said.

Plain Japanese targets those who can use the language to navigate things like shopping and making plans with their friends, according to a plain Japanese research group at Hirosaki University in northeastern Japan's Aomori Prefecture. 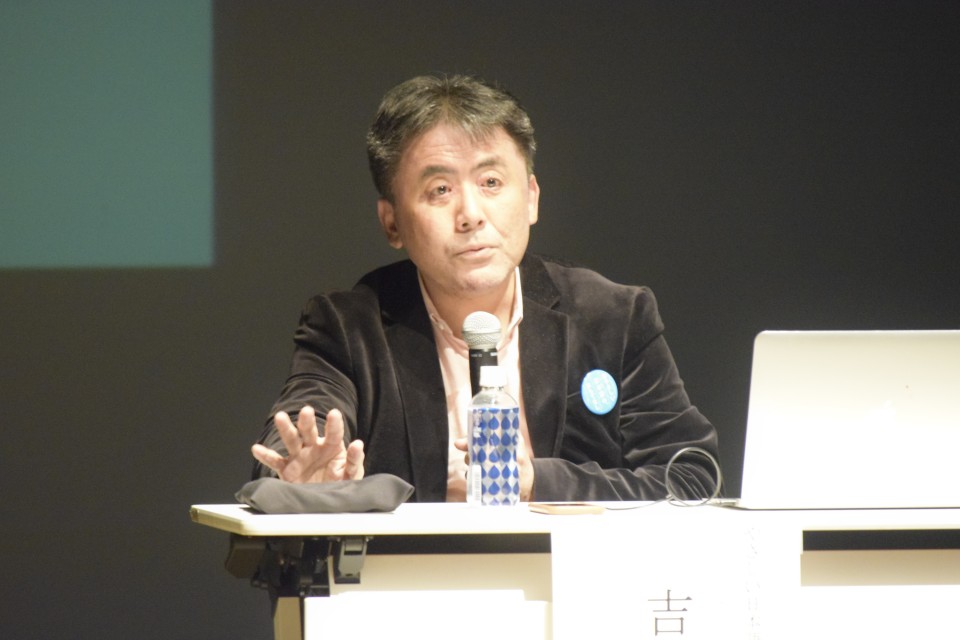 (Akira Yoshikai speaks about plain Japanese during a symposim on multicultural society in Tokyo's Setagaya Ward on Dec. 5, 2019)

It uses all three components of the Japan writing system -- hiragana, katakana and kanji Chinese characters -- but at a level of second- or third-grade elementary school students.

Also, for ease of understanding, sentences can be written completely in hiragana. Hiragana can also appear above Chinese characters, called furigana, to indicate its pronunciation.

Difficult terms are often rephrased. For example, evacuation shelter would be stated as 'a place where everyone can stay for safety.'

In Yanagawa in southwestern Japan's Fukuoka Prefecture, the city government created in 2016 badges indicating tourists and locals who prefer to speak in plain Japanese.

The badges carry messages written in Japanese -- "Plain Japanese please" for tourists and "Hosting in plain Japanese" for locals.

Yoshikai, who was involved in making the badges in Yanagawa, his hometown, said he first got the idea of utilizing plain Japanese in tourism from a conversation with his mother.

"She said she wasn't able to talk to foreign tourists because she can't speak English. But many of the tourists to Yanagawa were from Asia, including Taiwan, Hong Kong and South Korea," Yoshikai said. 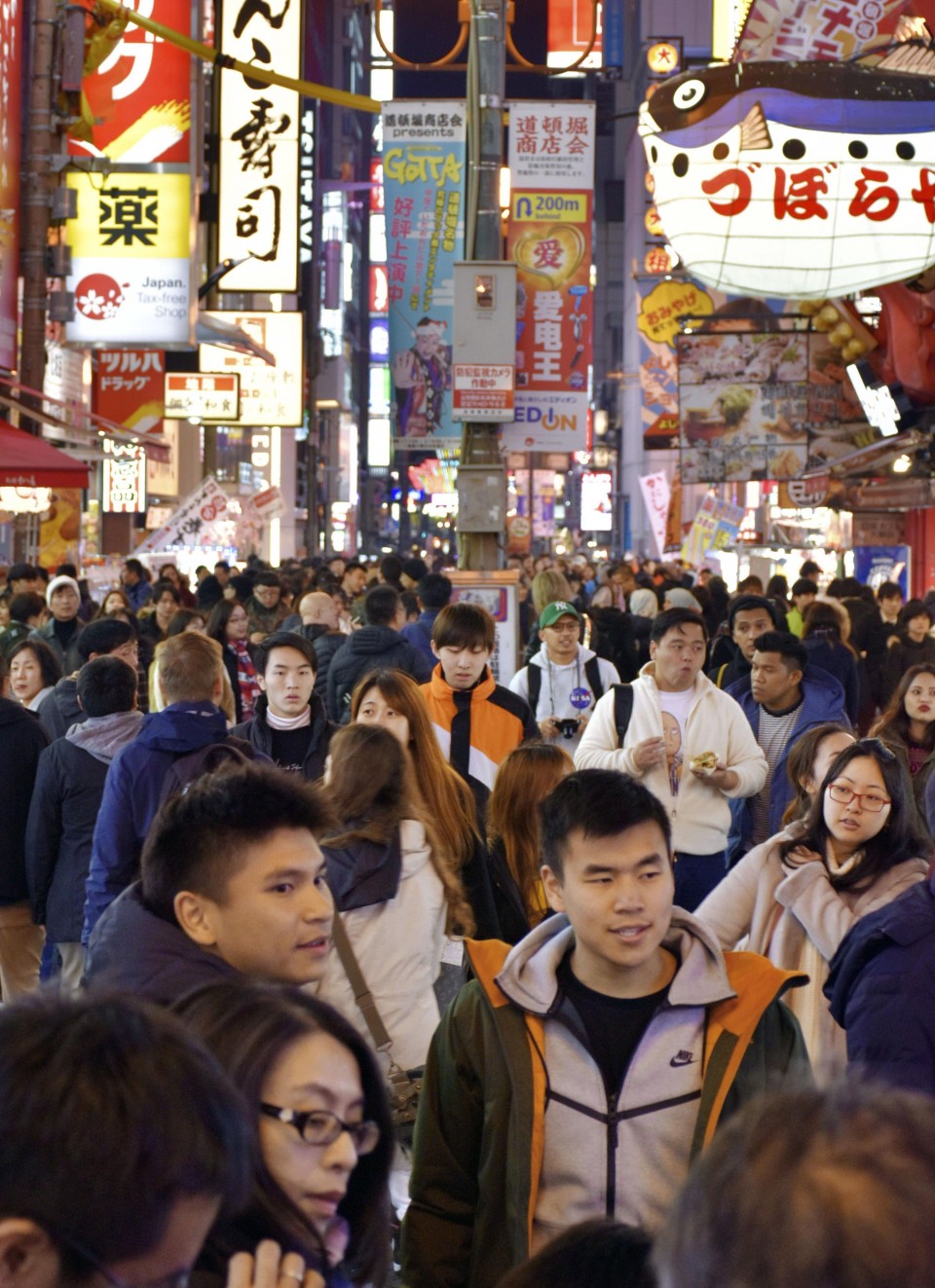 (Photo taken on Jan. 20, 2019, shows the Dotonbori entertainment and shopping district in Osaka crowded with people, including foreign tourists)

Ad agency Dentsu Inc. estimated in 2016 a total of 8 million people from the three Asian neighbors were learning Japanese, either at school or as a hobby, and over 60 percent of Japanese learners in those areas wanted to speak the language when they visit the country.

"Not many people are aware that there are so many tourists who want to speak Japanese," he said.

Municipalities including Hamamatsu in Shizuoka Prefecture, Kagoshima Prefecture and Tokyo's Kodaira city and Setagaya Ward have held lectures for citizens to learn about plain Japanese and how to use it in tourism.

In 2018, the number of foreign tourists to Japan surpassed 30 million for the first time, with the government aiming to welcome 40 million in 2020 when Tokyo hosts the Olympic and Paralympic Games.

In the first 11 months of 2019, about 29 million tourists visited Japan, according to the Japan National Tourism Agency. The top three places tourists came from were China, South Korea and Taiwan. 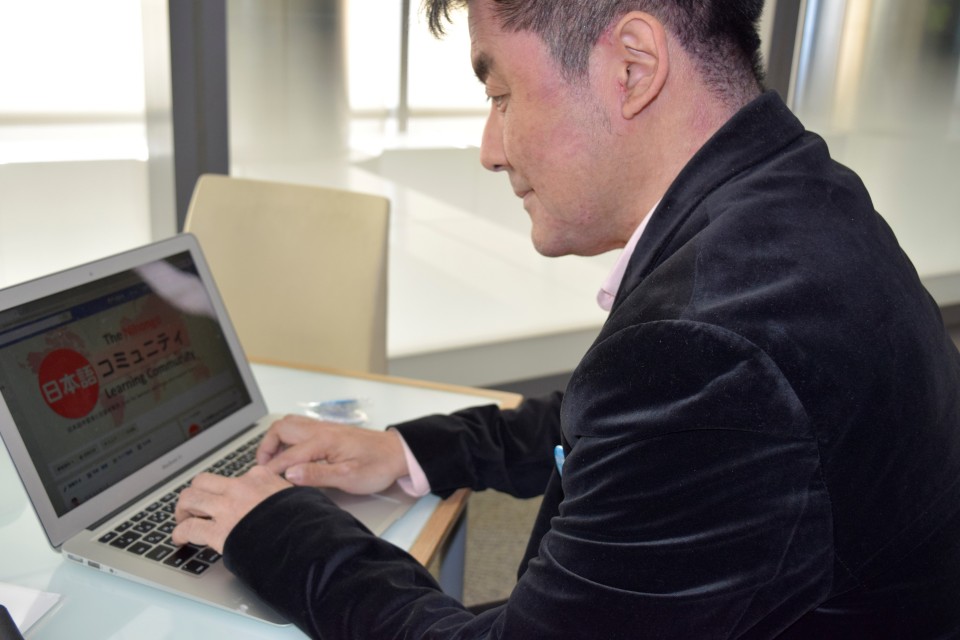 (Akira Yoshikai looks at a facebook group page, the Nihongo Learning Community, on his laptop computer in Tokyo on Dec. 5, 2019)

As a reference for municipalities, the Olympic and Paralympic Games preparation bureau has set up a portal site that offers information and case studies of how to provide multilingual assistance, including plain Japanese.

But many Japanese people still have a stereotype that foreigners speak English, Yoshikai said.

"The problem is not that Japanese people are not good at speaking English," he said. "Rather, it's that daily Japanese used by native speakers is difficult for beginners to understand."

Some of the factors making Japanese difficult are its honorific expressions as well as its importance of context, often abbreviating constituents of sentences, according to Yoshikai, who has a teaching license for Japanese as a second language.

"Daily Japanese is difficult to deal with just by learning from textbooks," he said. "While the government is beefing up Japanese language education, shouldn't we, the hosting side, be doing something too?"

The number of foreign residents in Japan reached 2.73 million in 2018, up 6.6 percent from a year earlier, according to the Justice Ministry. Chinese accounted for 28.0 percent of the total, followed by South Korean at 16.5 percent and Vietnamese at 12.1 percent.

With the government introducing a new skilled worker visa in April 2019 to bring in more foreign labor, "Japanese society will be more multicultural at a pace we have never experienced," Yoshikai said. "Being able to use plain Japanese will be a must for native Japanese speakers."

Plain Japanese was originally developed to provide emergency information in case of disasters, after many foreigners were troubled by a lack of information during the 1995 Great Hanshin Earthquake that devastated Kobe and its vicinity, killing more than 6,400.

Among foreigners in the area, for every 100 people, 2.12 were injured, while the ratio for Japanese was 0.89, according to a survey by the Urban Disaster Research Institute in Tokyo. The data suggested a lack of information increased risks for foreigners.

Usage of plain Japanese has been evolving in this area as well with the help of new technologies such as social media.

In October 2019, when Typhoon Hagibis made landfall on Japan's main island of Honshu, a plain Japanese tweet written all in hiragana by the Nagano prefectural government went viral. The powerful typhoon left more than 90 people dead and flooded tens of thousands of homes. 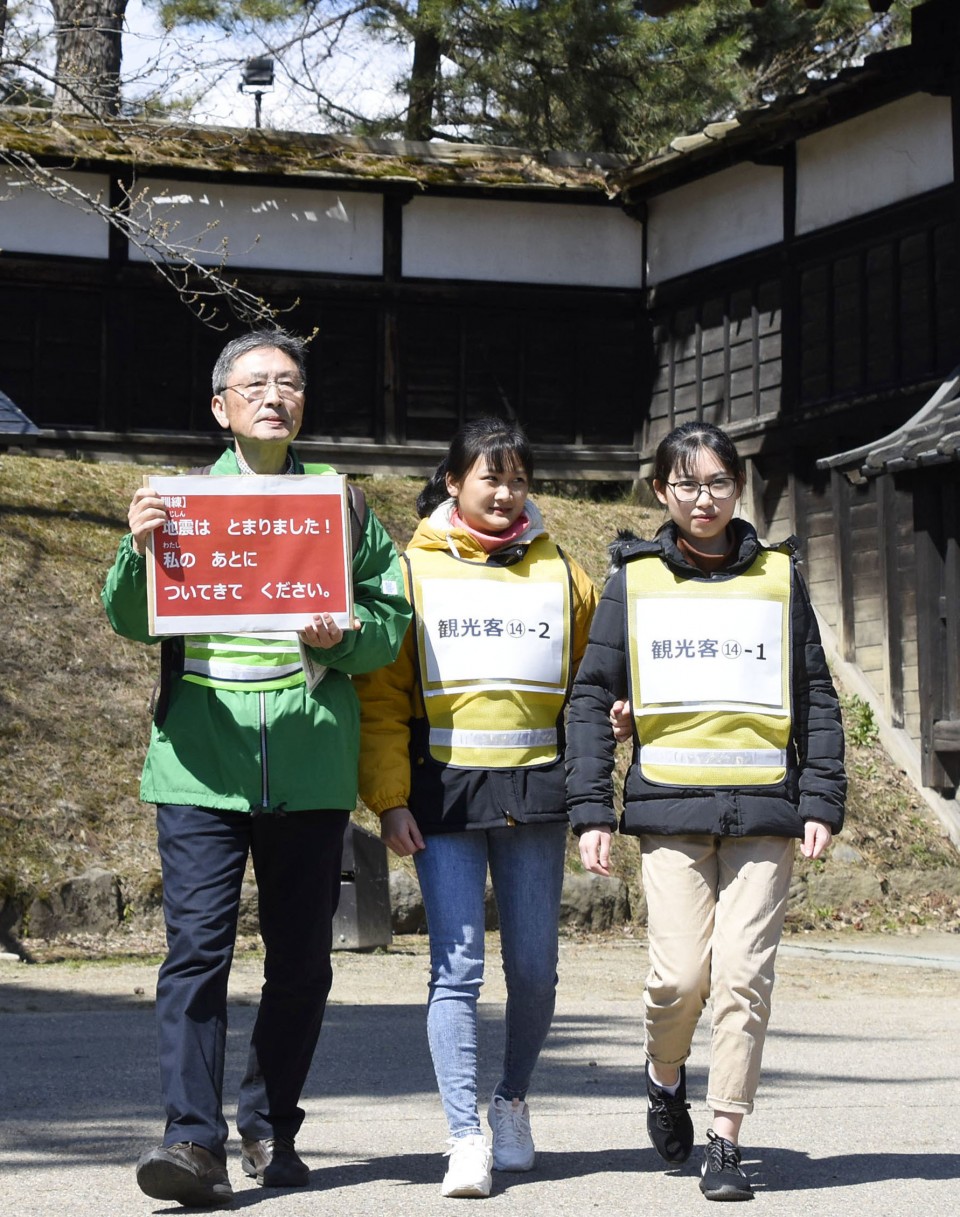 The tweet, which carried the official phone number offering disaster information in 15 languages, were not only retweeted more than 40,000 times but received a number of thank-you comments, with some Twitter users even voluntarily translating the post in various languages.

"We didn't expect this much impact," said an official in charge of disaster response at Nagano Prefecture, one of the areas hardest hit by the typhoon. "We didn't think it would be translated into multiple languages and we can't be more grateful for the support."

"With more people using different languages in Japan, it's definitely necessary to give consideration to them when offering disaster information," the official said.

Plain Japanese is not only helpful for foreigners, their children raised in Japan or Japanese returnees who spent years overseas, but also for Japanese who have a hearing disability, Yoshikai said.

Those who grew up using sign language as a major communication tool could face challenges similar to foreigners in trying to understand Japanese, whose grammar is different from that for signing, Yoshikai said.

"(Using plain Japanese) will be an opportunity for the majority of Japanese people to rethink what their language and society is like," he said.

"When you become aware of one minority group, it makes you realize other minority groups around you," Yoshikai said. "I hope the idea of plain Japanese leads to a society where a diverse group of people can live as they are."