The 32-year-old right-hander was the first player ever posted to the majors by the Yomiuri Giants when the Nippon Professional Baseball Central League team made him available for negotiation with all 30 MLB clubs earlier this month.

U.S. media has reported that he agreed to a two-year, more than $6 million contract with the Canada-based American League East team.

Yamaguchi is the second Japanese player to enter the AL East through the posting system this winter following DeNA Baystars slugger Yoshitomo Tsutsugo, who inked a two-year, $12 million deal with the Tampa Bay Rays.

The pair join two-time All Star pitcher Masahiro Tanaka of the New York Yankees in the five-team division, which also includes the Baltimore Orioles and Boston Red Sox, the 2018 World Series champions. 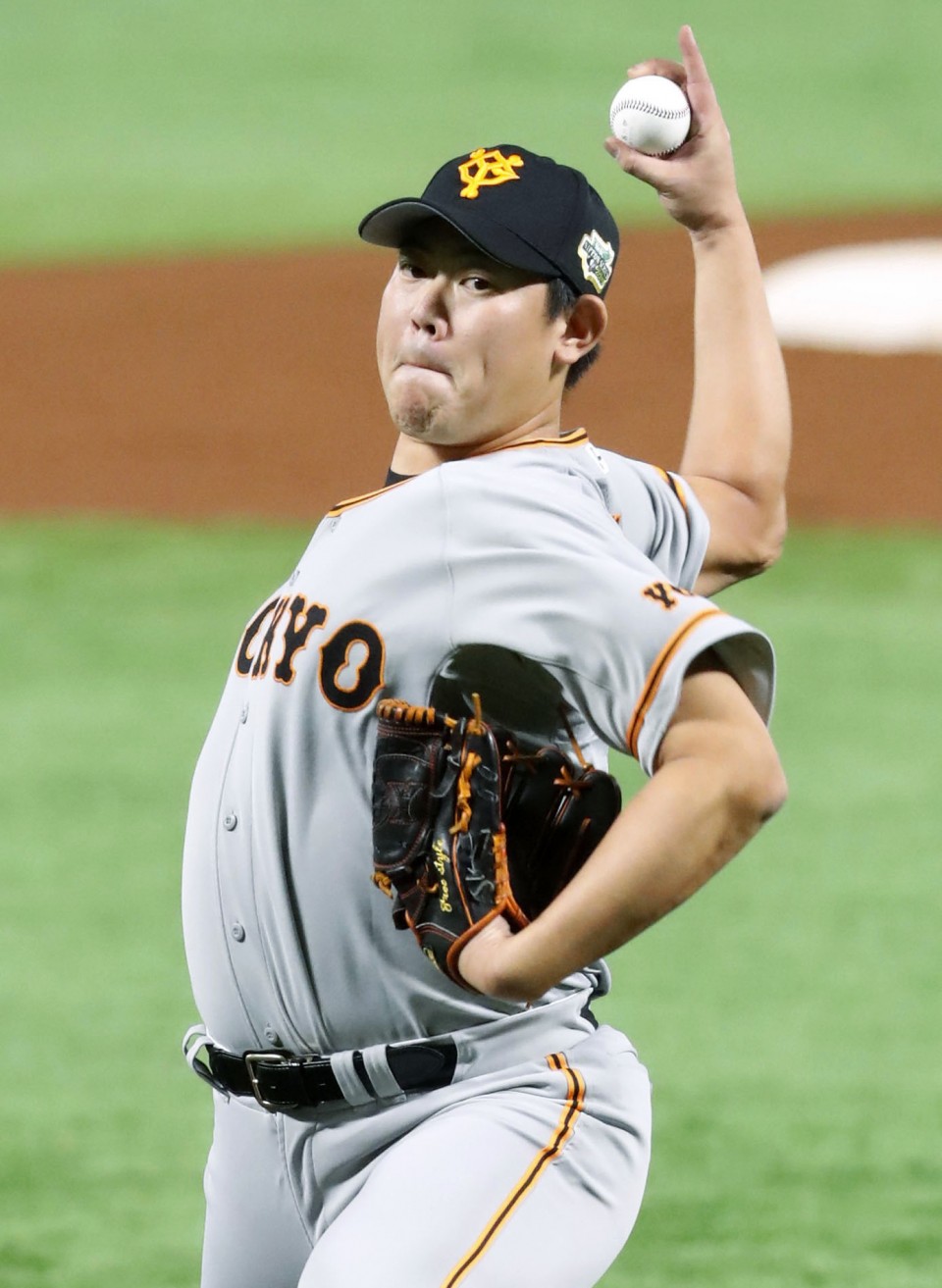 Yamaguchi turned pro out of high school in 2006 with the Yokohoma (now DeNA) BayStars, starting out as a reliever and later establishing himself as the team's closer.

He transitioned to a starting role in 2014 and three years later joined Yomiuri, a team that had never used the posting system since it was introduced after the 1998 season.

This year, Yamaguchi went 15-4 with a 2.91 ERA. He led the Central League with 188 strikeouts and a .789 winning percentage while tying the NPB lead in wins, and helped the Giants clinch their first pennant in five years.

The Blue Jays, the only major league team based outside the United States, have been home to Japanese players like Tomokazu Ohka and Munenori Kawasaki.

The club finished fourth in the AL East this season for the third year in a row.