336 arrested in Hong Kong during protests over Christmas period

Hong Kong police said Friday that 336 people were arrested in anti-government protests held in shopping malls across the territory during the Christmas holiday season.

From Tuesday through Thursday, protesters rallied at shopping malls in Hong Kong Island, Kowloon and the New Territories, attempting to disrupt the business of particular shops and restaurants deemed to have ties with China.

"Over the past few days, rioters and their supporters inflicted extensive damage to different shopping centers," police spokesman Kwok Ka-chuen said at a regular press briefing.

The 336 people, aged between 12 and 54, were arrested since Monday for alleged crimes including unlawful assembly, possession of offensive weapons, assault causing bodily harm, obstruction of police duty and criminal damage, according to the police. 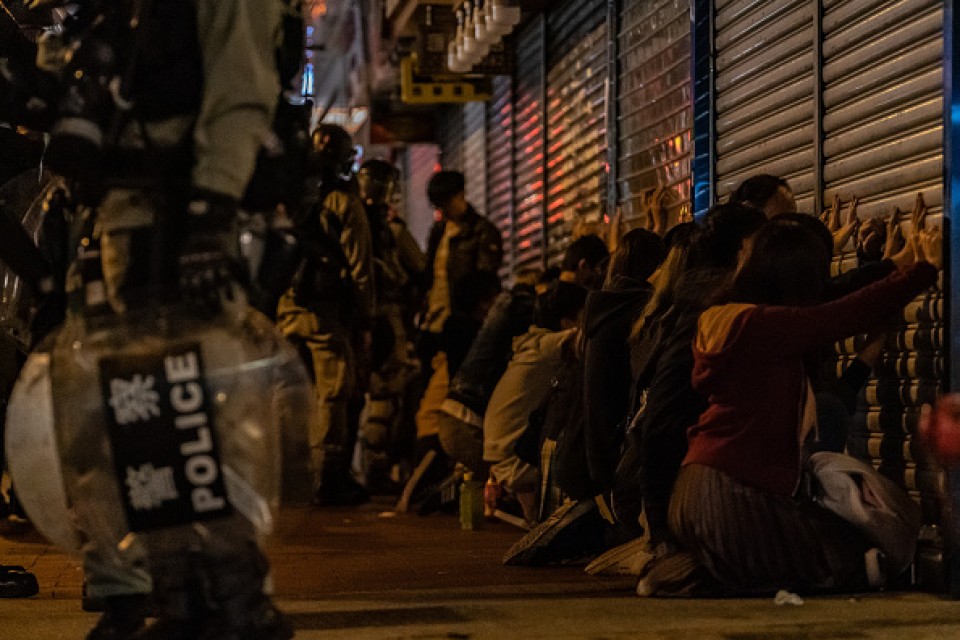 (Pedestrians are detained by riot police during Christmas night in Mongkok district on Dec. 26, 2019 in Hong Kong, China.)
[Getty/Kyodo]

The police fired a total of 76 tear gas canisters, 33 rubber bullets, 14 beanbag rounds and 12 sponge grenades to quell the protests on Tuesday and Wednesday.

More than 6,500 people have been arrested so far since the movement began in June when the government tried to ram through an unpopular extradition bill that if passed would have allowed the transfer of fugitives to mainland China.

Although the government agreed to withdraw the bill in October, the protesters' demands have grown to include an independent inquiry into the use of force by police against protesters, an amnesty for all the arrested and greater democracy.

The government has rejected all demands while reiterating that it will stop violence and restore social order first and foremost.