Japanese cartoonist Leiji Matsumoto returned to Japan Thursday morning from Italy, where he had been undergoing treatment for pneumonia since mid-November.

"I'm feeling very good and happy to return home," the 81-year-old told reporters as he sat in a wheelchair at Narita airport near Tokyo. He was discharged Wednesday from a hospital in the northern Italian city of Turin. 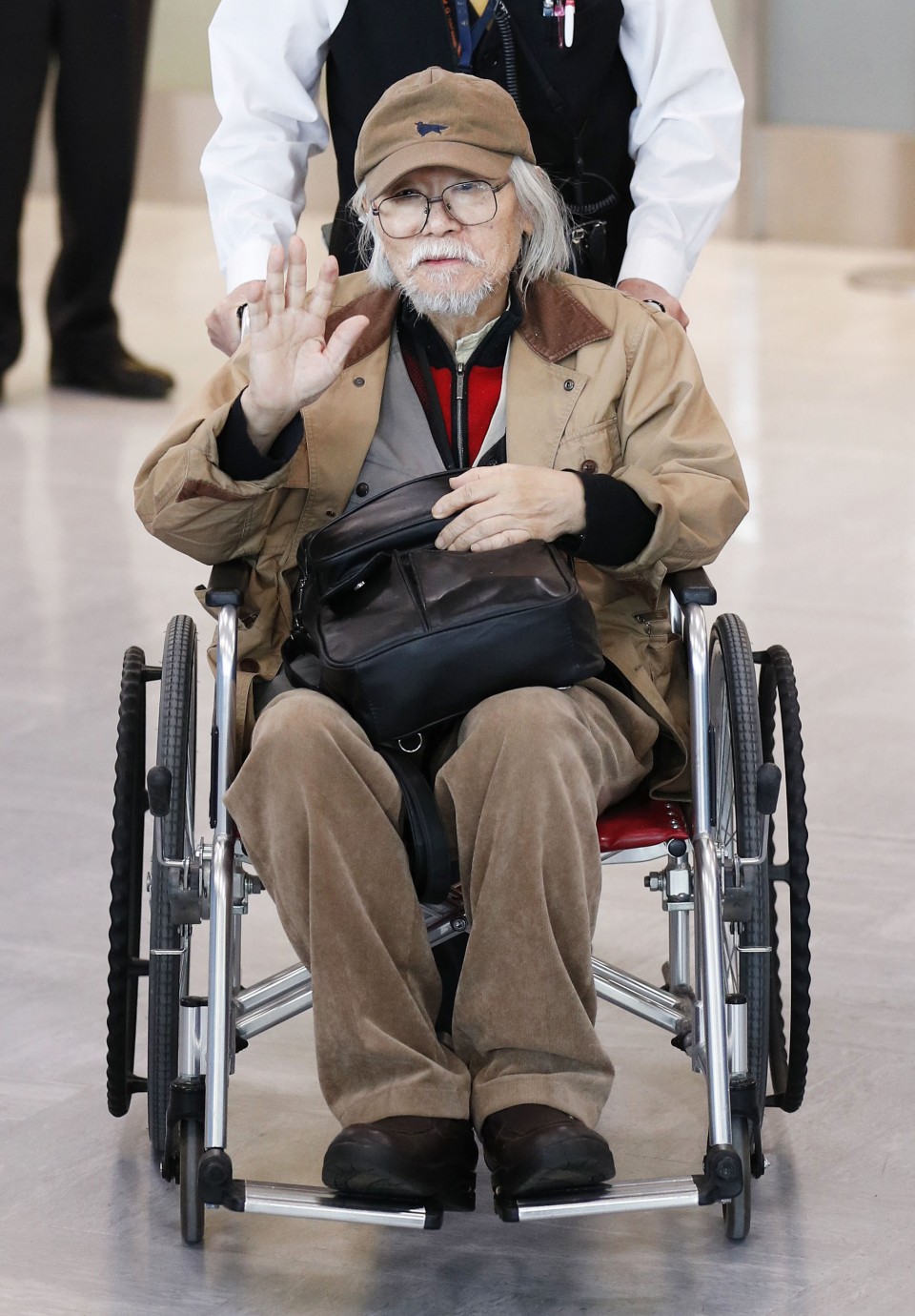 The well-known cartoonist was taken to the hospital on Nov. 15 while he was in Turin for an event to celebrate 40 years since the first broadcast of his video animation "Space Pirate Captain Herlock" in Italy.

Initially, some Italian media reported that Matsumoto was in serious condition, possibly having suffered a stroke. But Japanese people close to him later said no severe symptoms were observed.