A train themed on Japanese rock star HYDE from popular band L'Arc-en-Ciel began operation Monday, attracting large numbers of fans to a ceremony ahead of its maiden journey from Osaka's Namba Station.

The limited express "HYDE Southern" went into service following the appointment in January of the 50-year-old musician as the tourism ambassador of his home city of Wakayama, the capital of the prefecture of the same name south of Osaka. 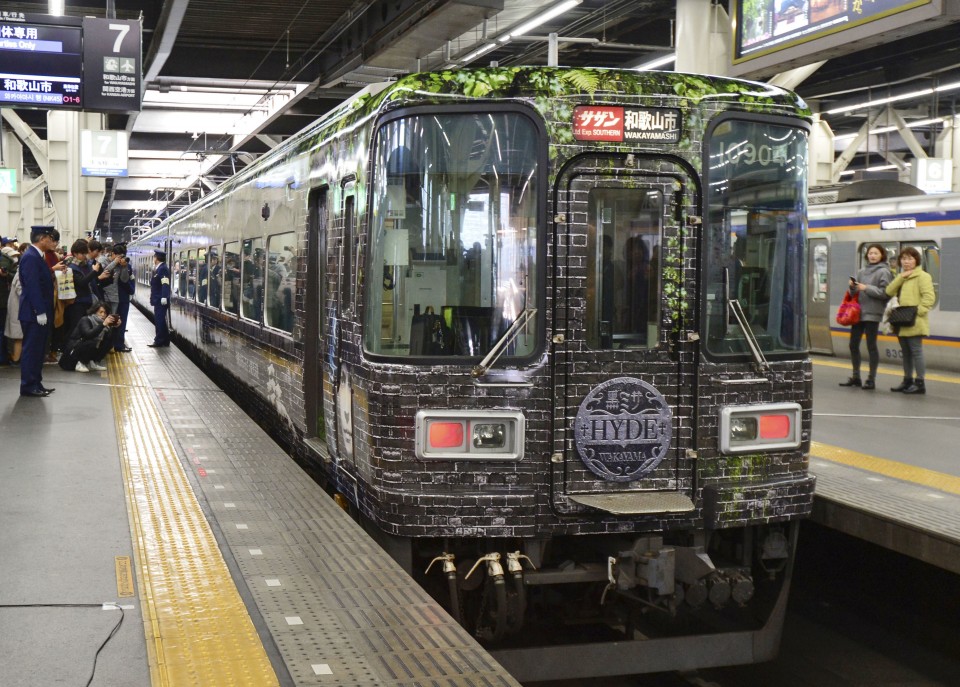 "I want to ride this train myself to go back to Wakayama," HYDE said in a message read at the ceremony.

The exterior of the train displays images of HYDE performing as well as local tourist attractions such as Wakayama Castle. The train will operate between Namba and Wakayamashi or Wakayamako stations through October next year, making up to six round trips a day.

"I hope many people will take the Southern (train) and visit the places linked to Mr. HYDE," Wakayama Mayor Masahiro Obana said at the ceremony, as fans crowding the station took photos with smartphones.

"I want to ride it many times in a show of my support," said a 46-year-old woman in Osaka who has been a HYDE fan for 25 years.

The city collaborated with Nankai Electric Railway Co. on the train.