A court sentenced a former policeman to death Friday for choking his wife and two children to death at their home in Fukuoka Prefecture, southwestern Japan, in June 2017.

Mitsuru Nakata, 41, had denied the allegations at the time of his arrest and throughout his lay judge trial at the Fukuoka District Court, while prosecutors sought the death penalty. 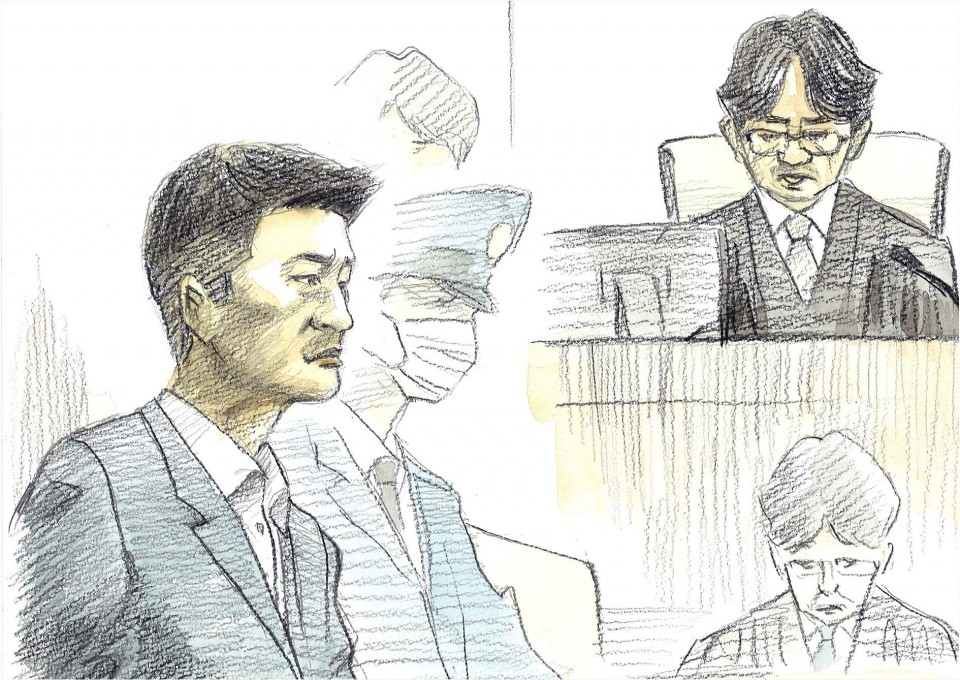 In the absence of witness accounts or a confession, prosecutors pointed to the couple's strained relationship as the defendant's motive, and said the possibility of an intruder could be ruled out based on police investigations and evidence including security camera footage near their home.

The court determined that the two children were slain by him as no possible circumstance for the wife killing them was found.

According to the ruling, Nakata, then a sergeant with the Fukuoka prefectural police, strangled his wife Yukiko, 38, son Ryosuke, 9, and daughter Miyu, 6, at their home in Ogori sometime between the late hours of June 5, 2017, and the following morning.

The court also pointed out there was an injury on his arm believed to have been sustained when the wife was resisting his attack, and a DNA sample taken from under one of Yukiko's fingernails matched that of Nakata.

The victims' bodies were discovered by the wife's sister, who visited the house in the early morning of June 6 after Nakata left for work.

The bereaved family said in a statement that "the ruling does not contradict our opinion, but we are not satisfied with the outcome because it is still unknown why the three were killed and we want to know more details."