The Fukushima prefectural government launched a weeklong sake promotion event in New York City on Monday, hoping to boost recognition of the Japanese rice wine among U.S. consumers amid a sales slump in the domestic market.

Ten Japanese restaurants in the city are participating in the first-ever Fukushima Sake Week through Sunday, offering 23 varieties of sake from 13 breweries. 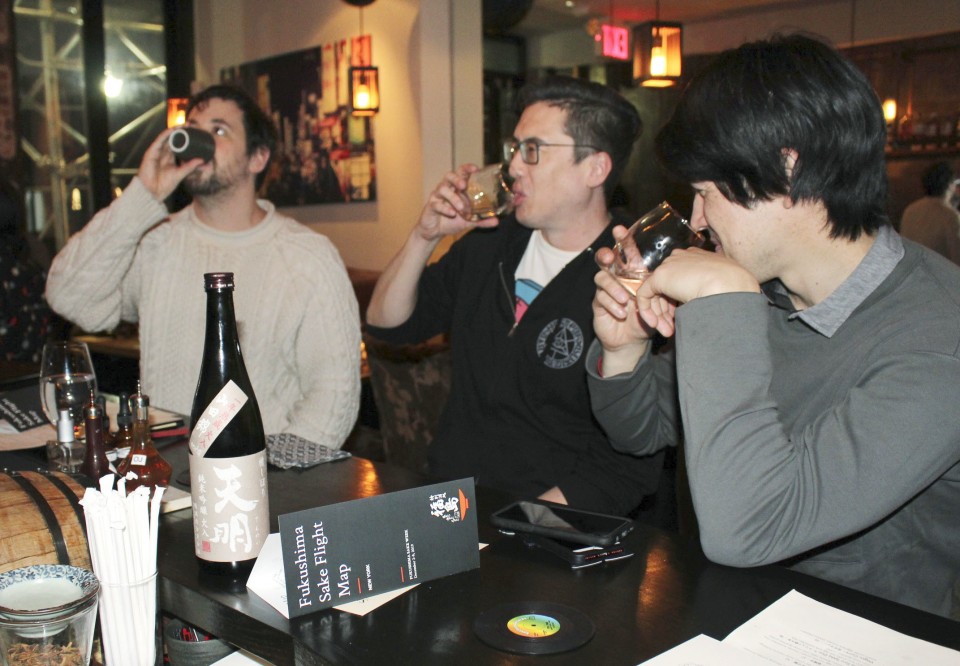 The event is aimed at increasing sake sales in the U.S. and European markets as Japanese sake brewers face declining domestic sales due partly to changing consumer tastes.

Sake brewers in Fukushima Prefecture are also facing export restrictions to some countries such as China following the nuclear disaster triggered by a powerful earthquake and tsunami in March 2011.

Sakamai, one of the Japanese restaurants taking part, is offering three brands.

The Fukushima prefectural government official in charge of trade promotion said, "By holding this event in New York where information is disseminated, we hope that the high quality (of Fukushima's sake products) will be spread to the world and also shared by people in the regions where safety concerns still take root."