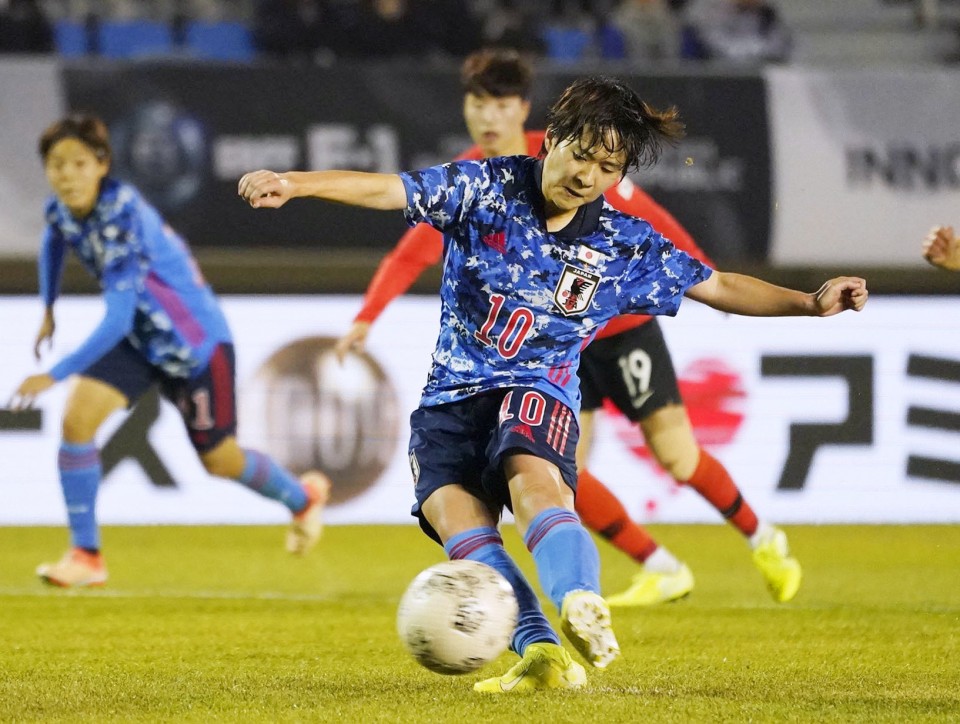 (Yuka Momiki scores a penalty during the second half.)

South Korea were runners-up on four points, with China, who beat Taiwan earlier in the day, finishing third.

World No. 10 Japan, managed by Asako Takakura, needed a win or draw against 20th-ranked South Korea to claim the championship for the first time since 2010. While Japan dominated possession, they failed to convert their chances for the majority of the match.

Momiki won the penalty after South Korean defender Shim Seo Yeon was called for handball in the area. The 23-year-old midfielder slotted in the right corner past goalkeeper Yoon Young Geul.

"We all knew it would be a tough match against South Korea. I'm glad I was able to contribute to the team by scoring," Momiki said.

"This was a tournament we couldn't afford to lose ahead of the (2020 Tokyo) Olympics. Each of us still needs to grow, but winning is definitely a confidence builder."

Japan were playing without veteran striker Mana Iwabuchi and playmaker Yui Hasegawa, who sustained injuries during the tournament in South Korea.

"I wanted to see the team control the game a little bit more, but that's something we can work on. I think they played well," Takakura said.

Nadeshiko Japan opened their campaign with a 9-0 win over Taiwan on Wednesday before beating China 3-0 three days later.

They were aiming for the title in the absence of three-time winners and reigning champions North Korea, who withdrew from this year's tournament amid tensions with the South. 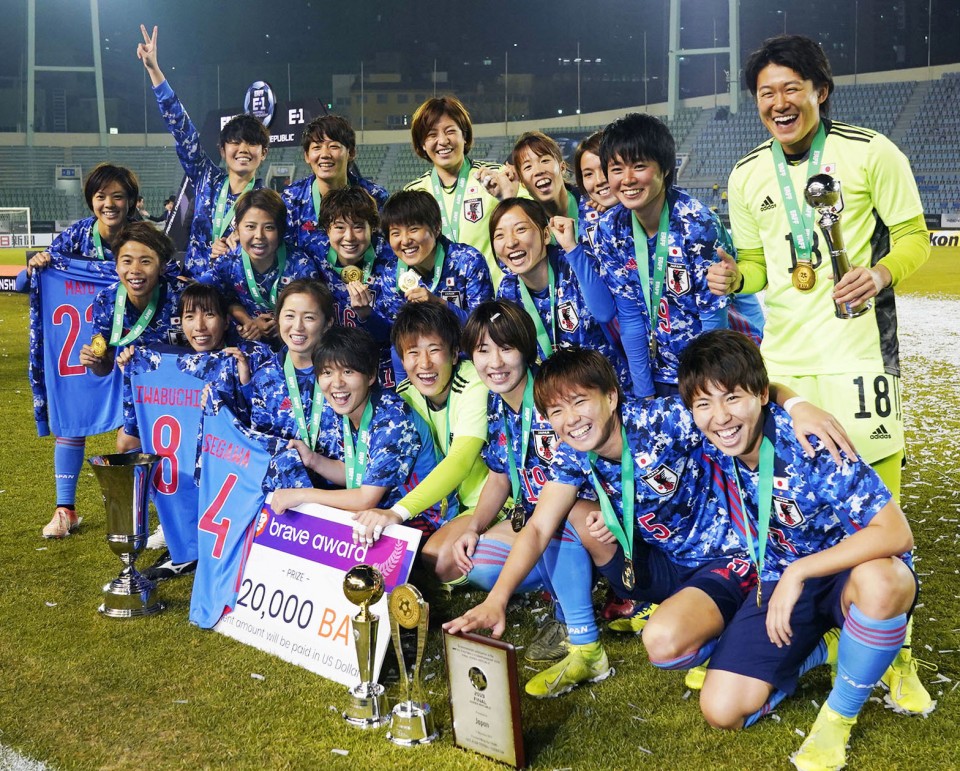