Indonesian authorities on the resort island of Bali on Monday saw off a baby orangutan, who will be brought back to its natural habitat on Sumatra island after an aborted attempt to smuggle it to Russia earlier this year.

In a farewell ceremony, staff of the Bali Natural Resource Conservation Agency and Bali Safari Park bade farewell to 2-year-old Bonbon, who will be flown to the North Sumatra provincial capital of Medan after midnight Tuesday.

"He will be flown back to Sumatra because according to his DNA samples, Bonbon was identified as a Pongo abelii," the conservation agency's chief Agus Budi Santoso told reporters, using the scientific name for the Sumatran orangutan, one of three orangutan species of which all are critically endangered. 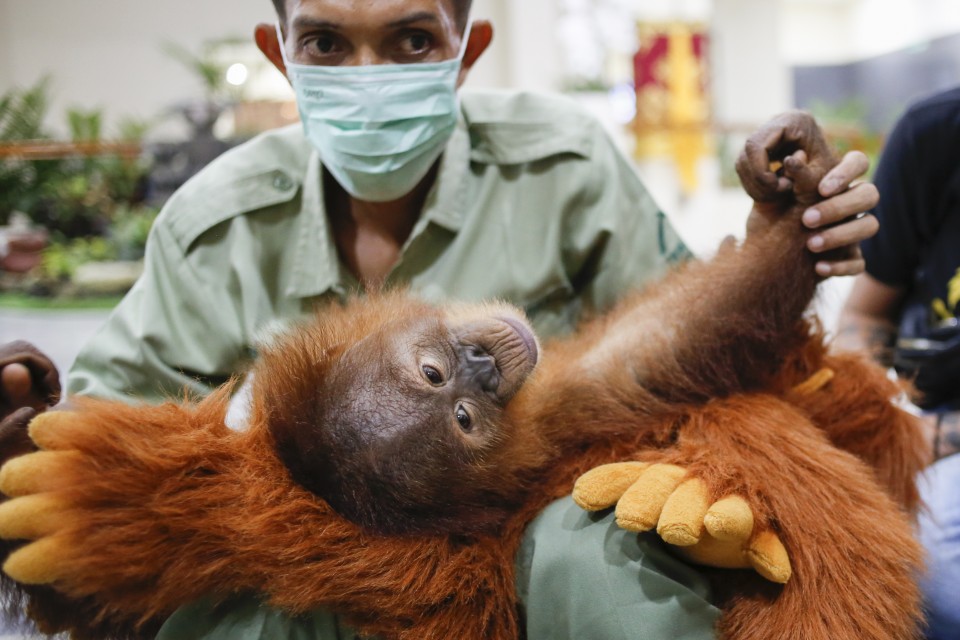 Bonbon was found inside a rattan basket in a suitcase belonging to Russian national Andrei Zhetkov, who intended to fly him to Vladivostok from Bali's I Gusti Ngurah Rai International Airport on March 22. He also carried five lizards and two geckos in his suitcase.

Zhetkov told police investigators he bought the baby orangutan for $3,000 from another Russian national who acquired the primate from Java island. A Bali court later sentenced the smuggler to a year in jail and fined him 10 million rupiah (about $714).

According to Agus, upon arrival on Sumatra, Bonbon will undergo an adaptation process first at the Sumatra Orangutan Conservation Program site before being released to the jungle. 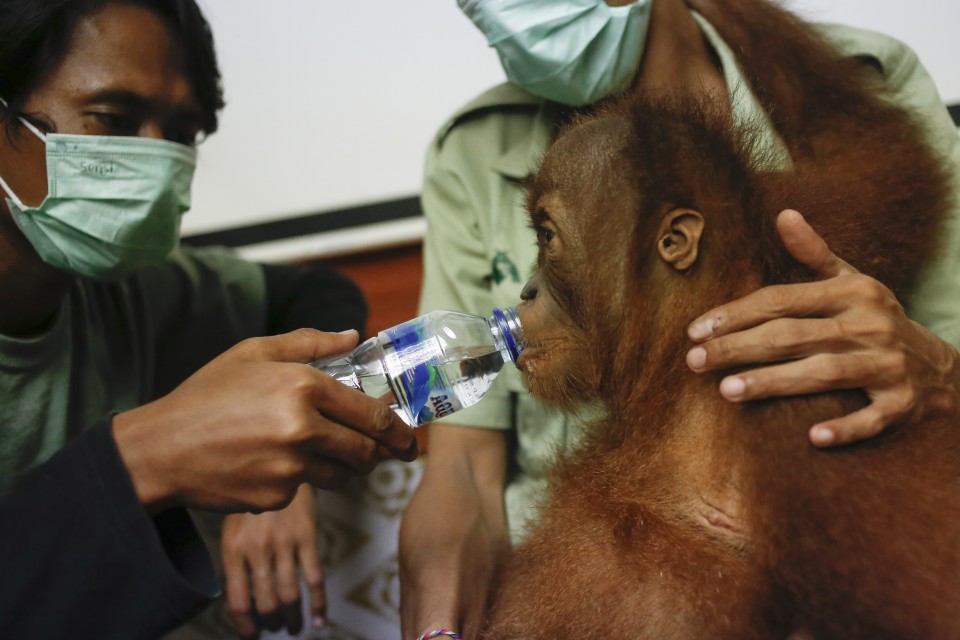 According to international conservation organization WWF, only an estimated 6,500 orangutans still remain on Sumatra, in 10 identified populations on the island.

Their number, however, has declined by over 80 percent in the past 75 years, mostly due to habitat loss and degradation, as well as hunting and trade. The International Union for Conservation of Nature has classified it as critically endangered.