Football: Keisuke Honda leaves Vitesse after month and half

Former Japan attacker Keisuke Honda has parted ways with Dutch first-division side Vitesse Arnhem after just a month and a half, the club and player said Monday.

The 33-year-old played four games for Vitesse after arriving in early November on a deal through the end of the season.

In a video posted to Twitter, Honda indicated his departure was prompted by the sacking of manager Leonid Slutsky, his former mentor at CSKA Moscow, who was dismissed two games after the pair reunited. 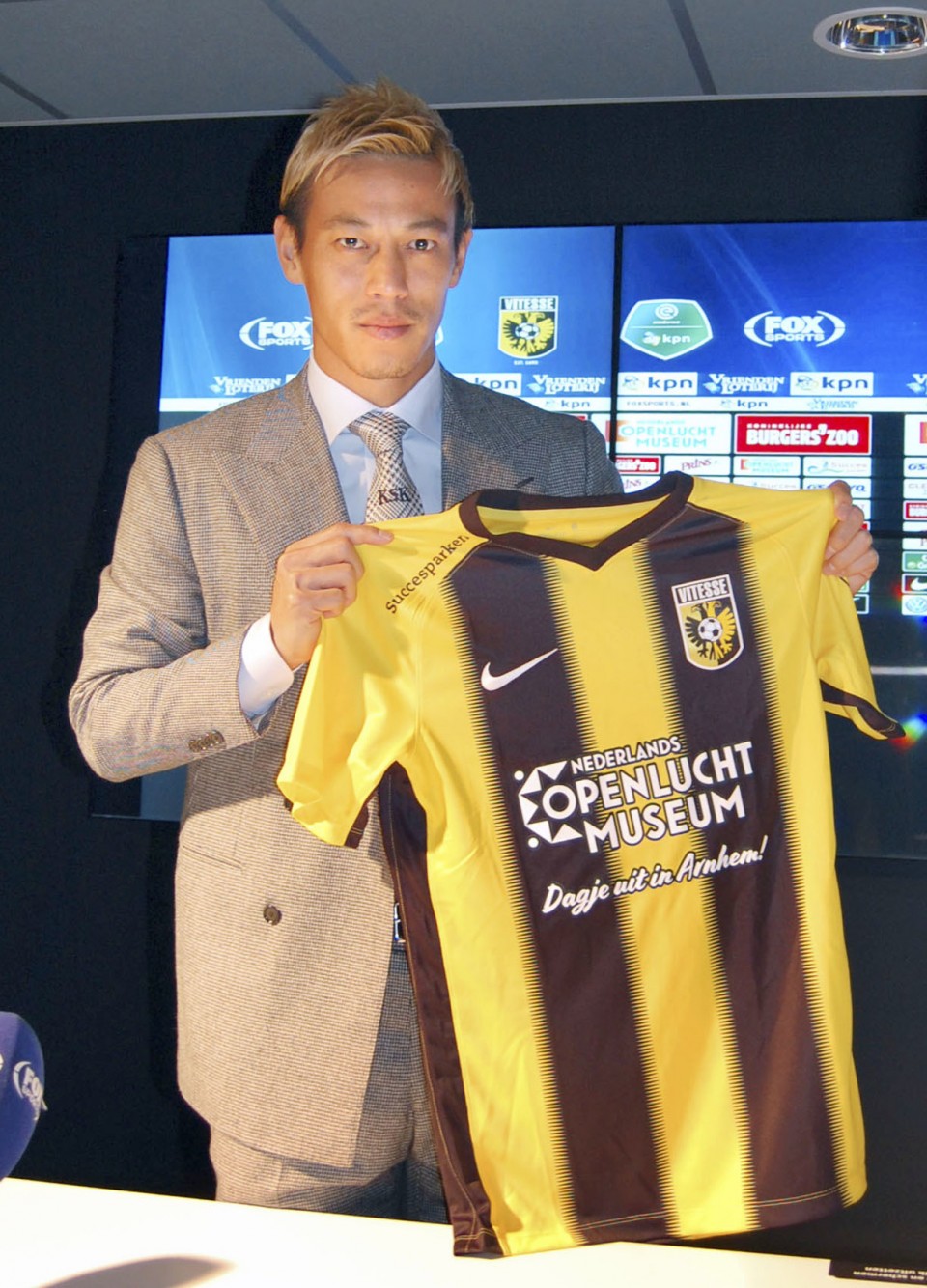 "I'm feeling the responsibility for that, so I shouldn't stay here after the winter."

Honda previously played in the Netherlands for VVV-Venlo after joining from Japanese side Nagoya Grampus in 2008. The left-footed attacker went on to play for CSKA, Milan, Pachuca and Melbourne Victory.

Honda played at three FIFA World Cups and is aiming to be selected as an overage player for the 2020 Tokyo Olympic Games. He has also led the Cambodian national team as general manager since last year.

Honda announced his retirement from the national team following the 2018 World Cup in Russia. He scored 37 goals in 98 appearances for the senior national team.