Rui Hachimura and Yuta Watanabe made a little history in Memphis on Saturday, becoming the first Japanese players to ever share an NBA court.

The Washington Wizards' Hachimura has made a much larger impact in his rookie NBA season than Watanabe did in his, but it was the second-year Memphis player that emerged with bragging rights after their first head-to-head meeting, a 128-111 Grizzlies' win. 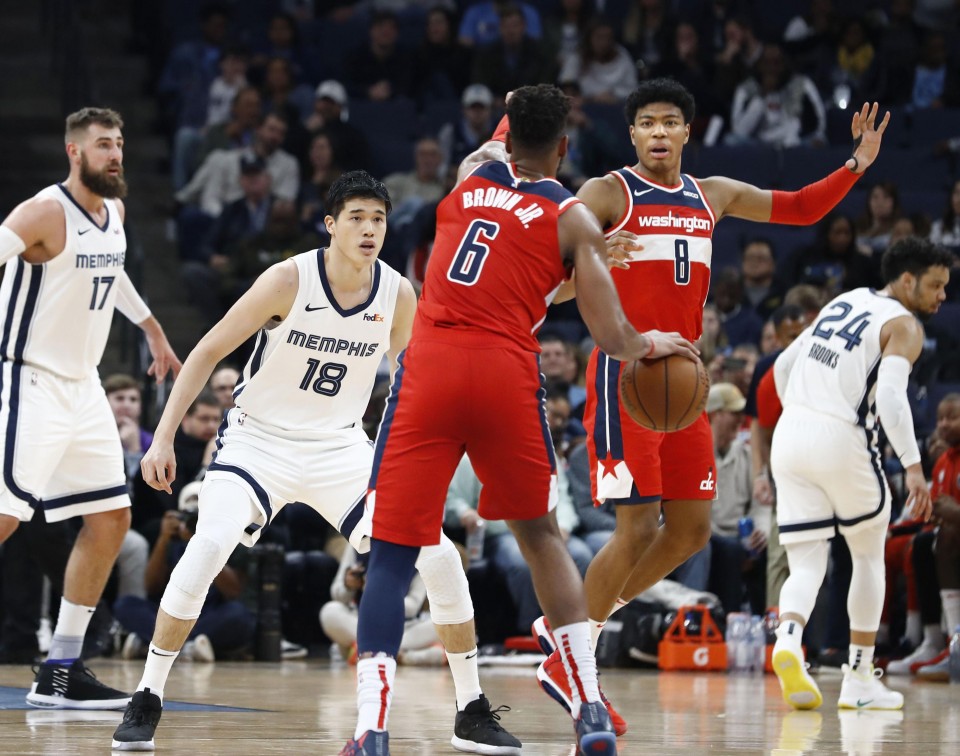 (Rui Hachimura #8 of the Washington Wizards and Yuta Watanabe #18 of the Memphis Grizzlies.)

Hachimura, the ninth pick in the most recent NBA draft, finished with 10 points on 10 shots in under 29 minutes of court time at the FedEx Forum, fewer than his 14.2-point average tallied over the first quarter of the season.

Watanabe is on a two-way contract that means he shares time between the Grizzlies and the Memphis Hustle, the team's G-League affiliate. In his fourth NBA game of the season, he played just over seven minutes and missed the only shot he attempted.

The big moment for Japan came with 7 minutes, 42 seconds left in the second quarter when Hachimura checked into the game with Watanabe already on the court.

"It felt extremely weird," Watanabe said. "I never imagined playing against a Japanese opponent. He'll probably continue to get more minutes as a starter. For me, my time on court is contingent on how much better I can get."

The players only shared a little over a minute of court time, but they did face off once, with Hachimura air balling a step-back jump shot with Watanabe contesting.

"It was only a little time, but I think it's great to make such big history," Hachimura said. "I think we'll be playing against each other a lot in the future, so even though it was short it was good to experience." 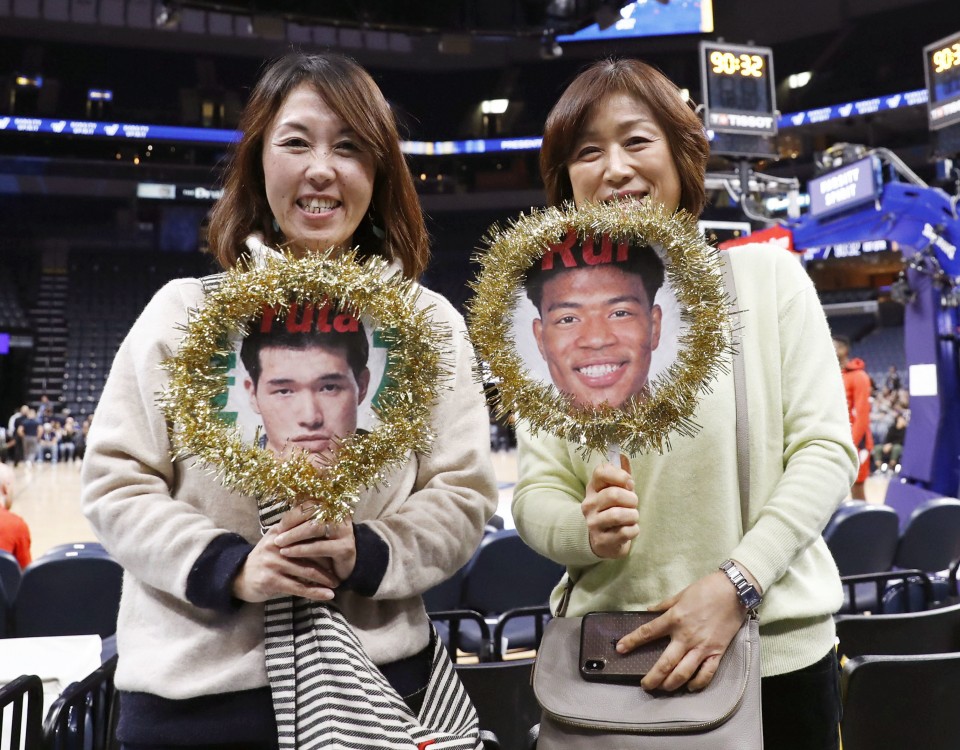 The game was also the first time that Hachimura has played in the pros against his college teammate Brandon Clarke. The Canadian got the better of his Gonzaga University running mate, scoring a career-high 25 points.

Washington and Memphis play again in February, this time in the U.S. capital, but Hachimura and Watanabe still took the opportunity to swap jerseys at the end of the game, ensuring they have their own memento of Japan's important day.