Taiwan President Tsai Ing-wen said Thursday that the timing is right for Taiwan and Japan to talk about the self-ruled island's bid to join a multinational trade agreement in which Japan plays a leading role.

She was referring to the 11-member Comprehensive and Progressive Agreement for Trans-Pacific Partnership, which came into force late last year and started the second round of accession talks with potential new members this year.

"We hope to see bilateral cooperation between our two countries move in this direction," she said.

Hailing Izumi as an experienced diplomat, Tsai said she looks forward to working with him and reaching new milestones on the path toward stronger bilateral ties. 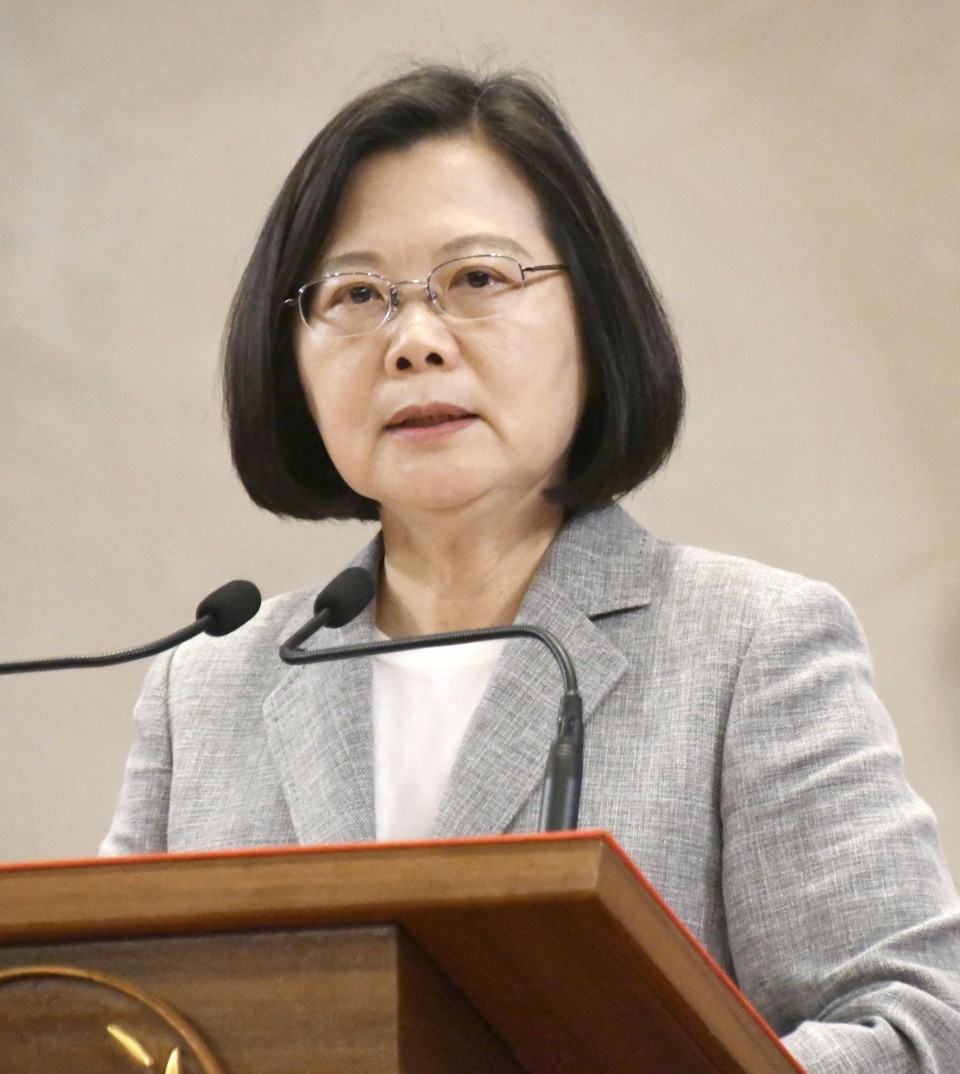 Despite the lack of diplomatic ties, Tsai said bilateral cooperation and exchanges have become closer than ever before.

She gave an example of Japan's joint hosting with Taiwan in March of an international workshop on fighting corruption, held under the Global Cooperation and Training Framework.The Taiwan-U.S. platform was launched in 2015 for addressing global and regional challenges. The March conference marks the first time for Japan to be involved.

In addition to close economic ties, a majority of Taiwanese feel strong affinity for Japan.

According to a survey released by the Japan-Taiwan Exchange Association on Thursday, 59 percent of Taiwanese say they feel the most affinity toward Japan among all countries and regions, the highest since 2008.

China is in distant second place at 8 percent and the United States in third place at 4 percent.

The survey also found that 50 percent of the respondents said Japan is trustworthy, while 40 percent are ambivalent and only 9 percent said it is not trustworthy.

The poll, conducted from Feb. 14 and Feb. 27, interviewed a random national sample of 1,003 adults around the island, with a margin of error of plus or minus 3.1 percentage points.

Hong Kong set to become another damper on China's economy

Deal with U.S. a short-term fix, Japan's push for free trade at stake