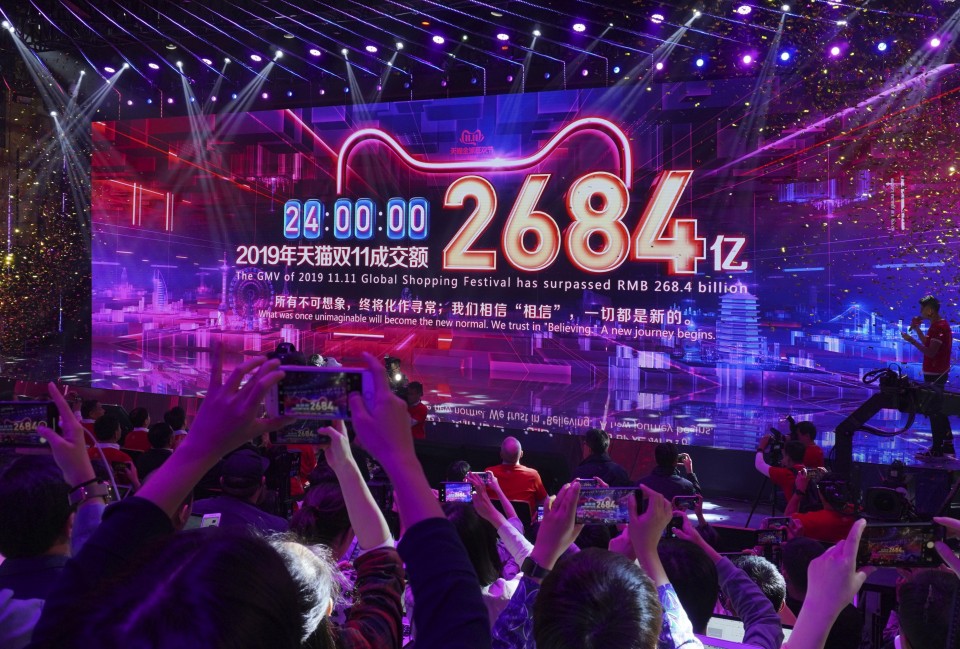 Alibaba has turned Singles' Day, which originated in the 1990s in China as an anti-Valentine's day for single people, into the world's biggest online shopping bonanza in just over a decade.

This year's 24-hour shopping extravaganza kicked off with a countdown gala at an arena in Shanghai, where a handful of entertainers including pop diva Taylor Swift performed in a live concert.

Meanwhile, millions of people across China waited for the clock to strike midnight, ready to click the checkout button with their online shopping carts already loaded with anything from the latest tech gadgets to a bag of dried dates.

Alibaba reported that sales reached $1 billion in just over one minute and $12 billion within the first hour, with Japan ranking as the top import country in sales.

Over the years, Chinese competitors like JD.com and offline stores have also joined in on the event, which has spread to other countries throughout Southeast Asia.