The long-term detainment of foreign nationals at immigration centers in Japan is an infringement upon human rights, the country's bar association warned Wednesday.

Confinements for over six months were on the rise at the Omura Immigration Center in Nagasaki Prefecture with no reasonable explanation given for detainees, the Japan Federation of Bar Associations said in a press conference. The immigration center has been facing scrutiny after the death of a long-term detainee in June. 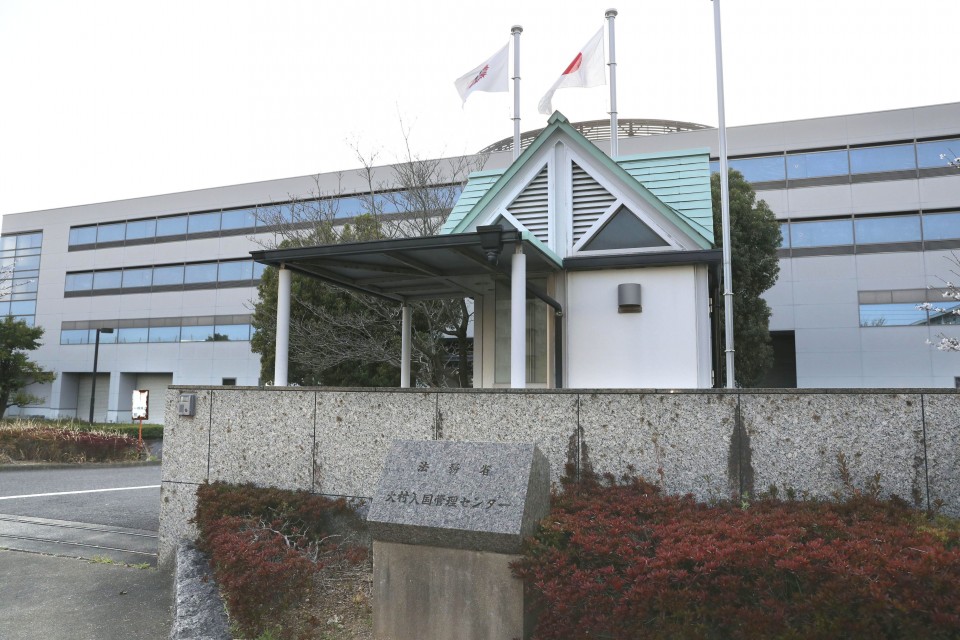 The Nigerian detainee in his 40s died after going on a hunger strike to protest his long-term internment. He had been detained since July 2016.

As of the end of June, the number of foreigners who have been detained in immigration centers across Japan totaled 1,253, of which 679 had been in detention for over six months, according to the Immigration Services Agency of Japan.

"Human rights violations in immigration centers are on the rise," said Shogo Haku, vice chairman of the JFBA. "We would like to work to advance human rights for foreigners as much as we can."

In an advisory report submitted to the agency and the Omura facility earlier this month, the JFBA said detainments should not exceed six months, and that those refused provisional release should be given a written explanation as to why.

The longest detainment at the facility lasted 1,575 days as of Aug. 1, the JFBA said.

The report follows an appeal submitted to the JFBA in May 2017 by 37 male detainees at the Omura center, who claimed they were suffering an abuse of their human rights.

"We believe that detainment (in immigration centers) is solely for the purpose of sending those people back to their countries," said Shinya Tsuji, a member of the JFBA's committee on the protection of human rights.

"Long-term internment goes beyond that initial purpose, which we therefore conclude is an infringement upon human rights."

The 37 claimants, from 16 countries, stated they had been interred at the center indefinitely as they had not been granted provisional release. Subsequent interviews by the JFBA found many of them were struggling with depression and insomnia, among other ailments.

"It is difficult to identify reasons behind each individual refusal, as each case is determined in view of the various reasons behind their circumstances," the Omura center replied to the claim, according to the JFBA.

The immigration center only permitted 13 provisional releases out of 182 applications in fiscal 2017, compared with the previous year's 47 out of 188 requests, said the federation.

Although the amount of time a country can legally detain a foreign national differs from nation to nation, Japan does not stipulate a limit, the JFBA said.