South Korea suggested Tuesday it may break off talks with Japan at the World Trade Organization aimed at settling their dispute over Tokyo's export restrictions.

"We will not have talks for the sake of talks," South Korean chief negotiator Chung Hae Kwan told reporters after holding a second round of negotiations with Japan at the Geneva-based organization following Seoul's filing of a complaint with the body in September.

The meeting of more than six hours took place as part of dispute-settlement procedures under WTO rules. Chung said South Korea will conduct a review of what steps to take next, "including requesting the establishment of a panel."

South Korea can request the establishment of a dispute-settlement panel at any time if it sees no prospect of reaching a deal bilaterally with Japan.

Japan's tightening of export controls came as its relations with South Korea have sunk to their lowest level in years, initially over wartime issues. 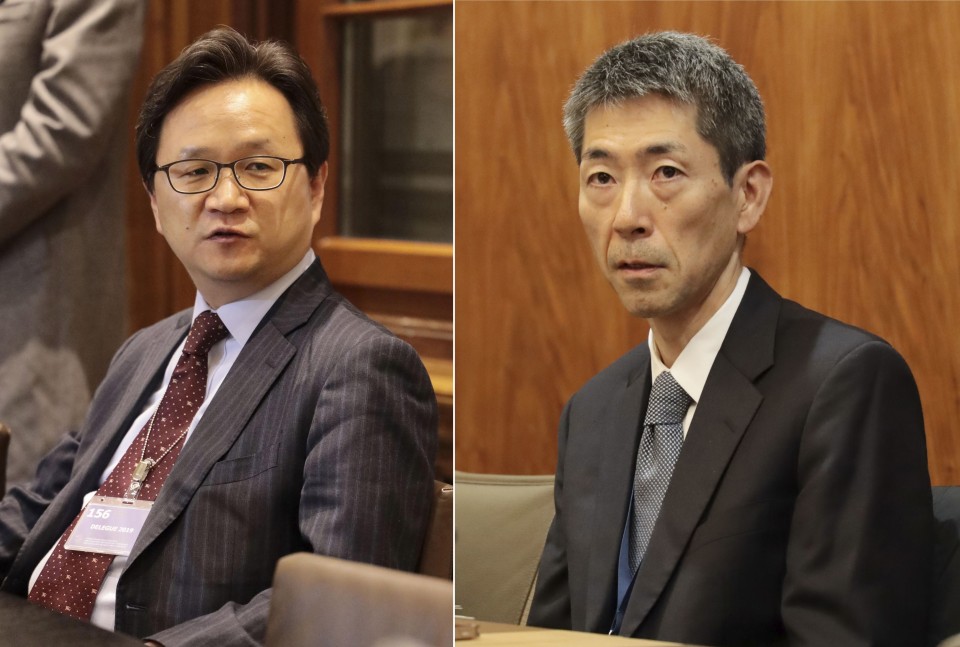 Along with the trade dispute, Japan and South Korea have made no progress on avoiding the expiry of a bilateral military intelligence-sharing pact considered important to reduce the threat posed by North Korean missiles and nuclear weapons.

The General Security of Military Information Agreement is set to expire Saturday, despite repeated calls by Japan and the United States for Seoul to agree to renew the accord amid concerns about a possible weakening of three-way security cooperation.

South Korea has insisted that it will only reconsider its August decision to scrap the agreement, also known as GSOMIA, if Tokyo first reverses the export controls.

Under the controls, Japanese companies are required to obtain individual licenses to export the materials to South Korea in a process that can take around 90 days. The country was previously exempt from the controls, a status it shared with the United States and many European countries.

South Korea has argued the controls go against the spirit of free trade and should be immediately removed.

Japan denies its decision runs counter to WTO rules, saying the change was part of a review of its export control system from the perspective of national security.

In the previous talks at the WTO in October, South Korea requested a second round of negotiations. But this time it did not ask for another meeting.

"We will consider (what to do next) after seeing the results of South Korea's consideration," said Junichiro Kuroda, a senior trade ministry official who represented Japan in Tuesday's talks.