Tokyo's famous Shibuya district was bustling with costume-clad Halloween revelers on Thursday night as the area remained under a street drinking ban and heavy police surveillance in efforts to prevent a possible repeat of last year's anti-social behavior.

The iconic scramble crossing and shopping district near JR Shibuya Station were crammed with people dressed in all manner of elaborate costumes, including popular superheroes, zombies and fairy-tale characters. 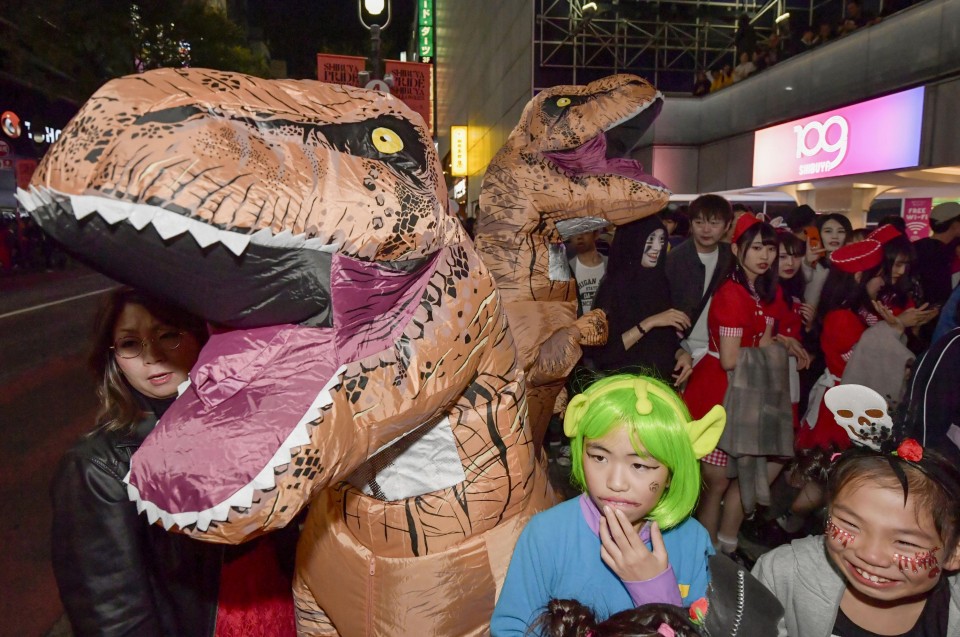 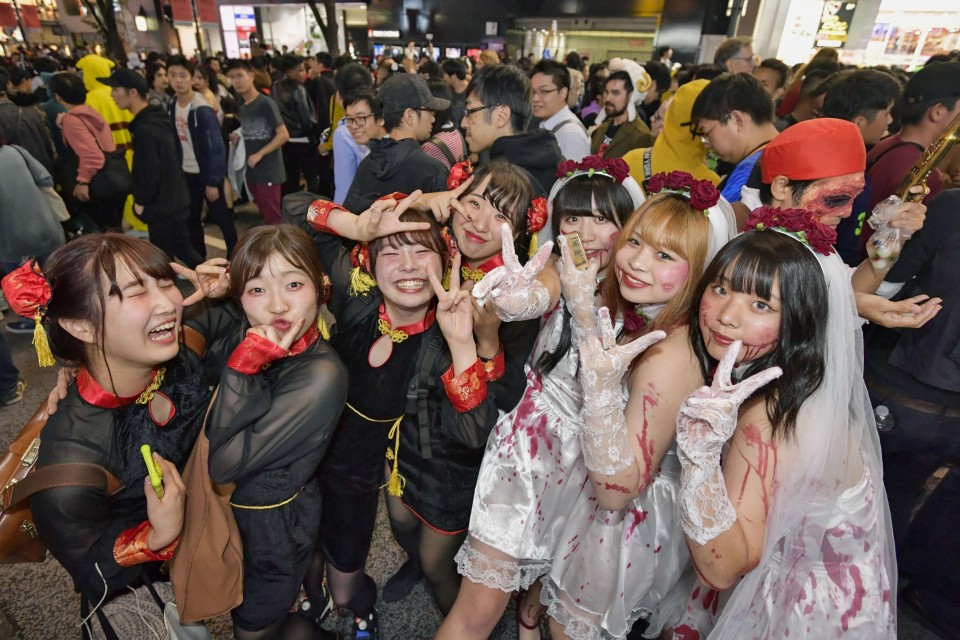 "This is crazier than Saturday, and it's a Thursday night. I can't imagine what it will be like next year, when Halloween falls on a Friday night," said Wade Funderburg, an American who has lived in Tokyo for four years and came dressed as James Bond.

"There's a lot more police oversight this year," he said.

His friend, Ryan, who came dressed as Deadpool, agreed there were more people this year. "It's still insane," he said, despite the heavy police presence.

Members of the city's security forces were mobilized to keep close tabs on the crowds through early Friday, amid growing concern over the raucousness of the increasingly popular Halloween street party.

Special police officers dubbed "DJ police," who aim to marshal crowds with a spirit of goodwill, were dispatched to the area and requested people keep moving away from the scramble crossing toward Shibuya 109, a popular department store for young women.

Many foreigners could be spotted in the throng, as pre-recorded announcements were made in both English and Japanese. 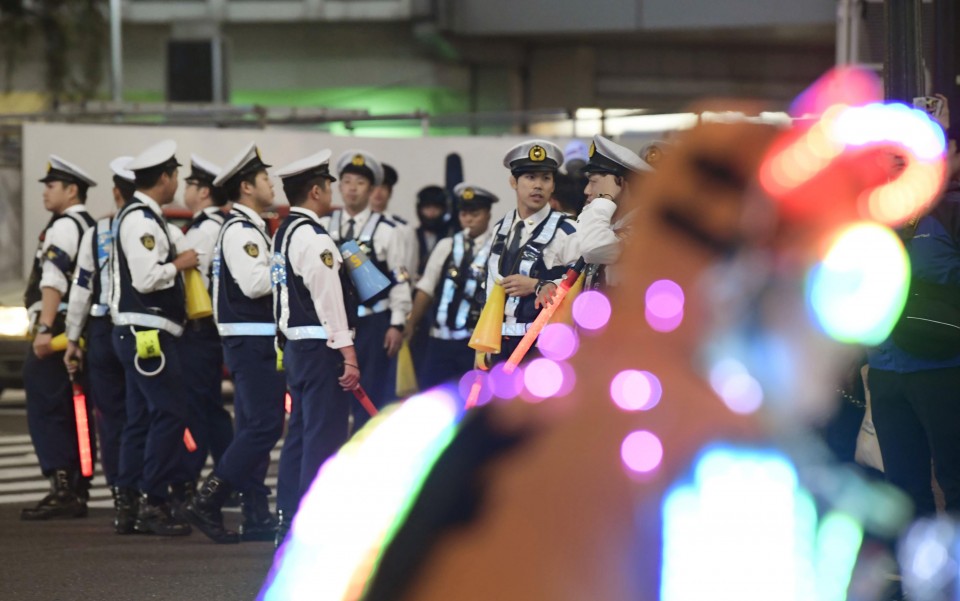 "The number of people has totally increased, and the number of police, too," said an 18-year-old female Japanese student, who asked to be referred to as "Timu."

Dressed as a maid zombie together with her friend, the pair stated they had been in Shibuya since around 6:30 p.m. and planned to stay until the last train.

She dispelled worries that the drinking ban had any effect on the atmosphere of the night, saying, "It hasn't really made a difference."

A series of incidents that resulted in arrests last year, including the overturning of a small truck, as well as suspected groping or taking photos or videos up women's skirts, prompted Shibuya Ward to introduce a street drinking ban around the railway station for this year's celebration.

As of early Friday, six people have been arrested. Two male university students were arrested in separate incidents -- a 19-year-old for allegedly stealing a wallet from a high school student, and an 18-year-old under suspicion of groping a teenage girl, according to police.

The drinking ban took effect last Friday to Sunday and was enforced again from 6 p.m. on Thursday -- Halloween night -- to 5 a.m. on Friday.

Although no penalties were stipulated for offenders of the ordinance, Shibuya officials patrolled in groups of three to reprimand those violating the ban.

Forty-one stores in the area, including convenience stores and MEGA Don Quijote, were also asked to refrain from selling alcohol last Saturday night and on Halloween. 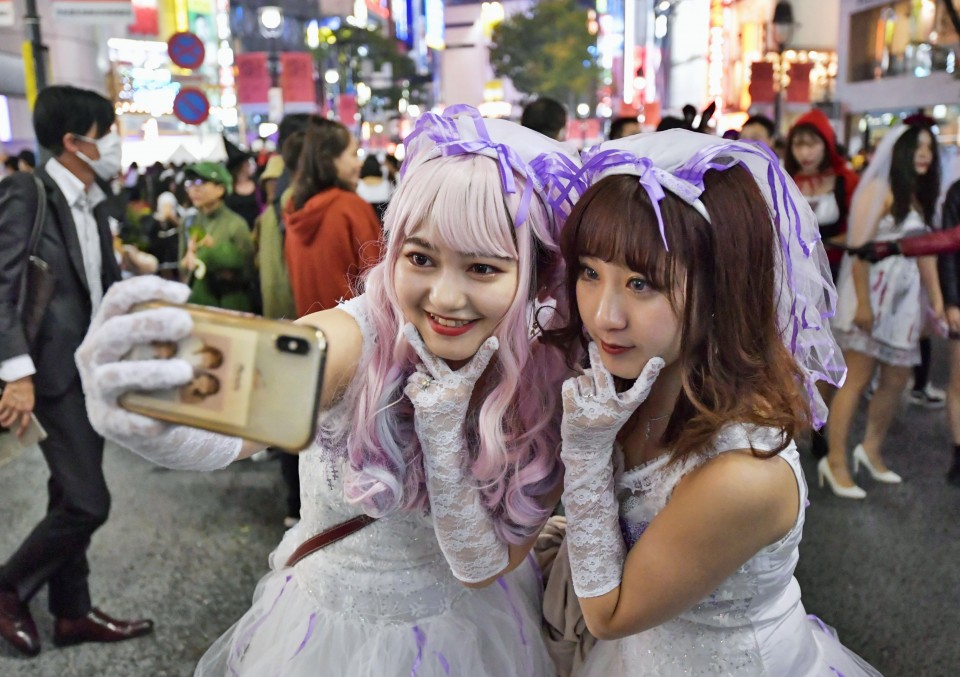 A Japanese hobbyist photographer, who has attended the Shibuya Halloween party for the past five years, praised the new ban, saying it has been effective in preventing people from engaging in inappropriate behavior.

"This time last year, people were already drunk and doing things like grabbing women," said the photographer, who declined to be named.

But he suggested a few improvements could still be made.

"What the police did wrong this year was not closing off the streets for pedestrians straight away," he said, referring to the human crush around the scramble crossing earlier in the night.

"They should charge an entrance fee, even 1,000 yen ($9) would do, and give half of the proceeds to the owners of the stores in the shopping street for the inconvenience caused," he added. 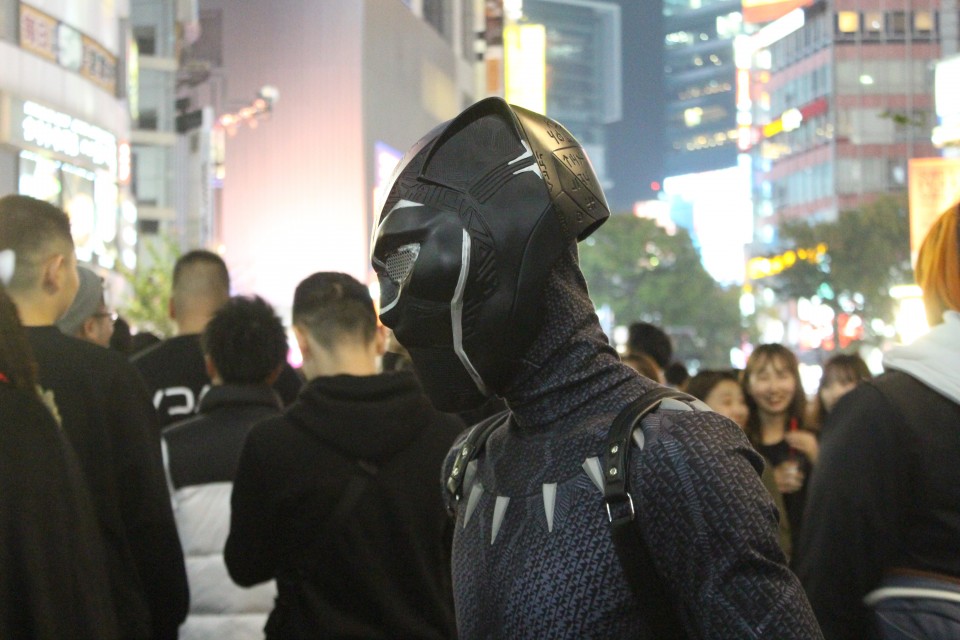 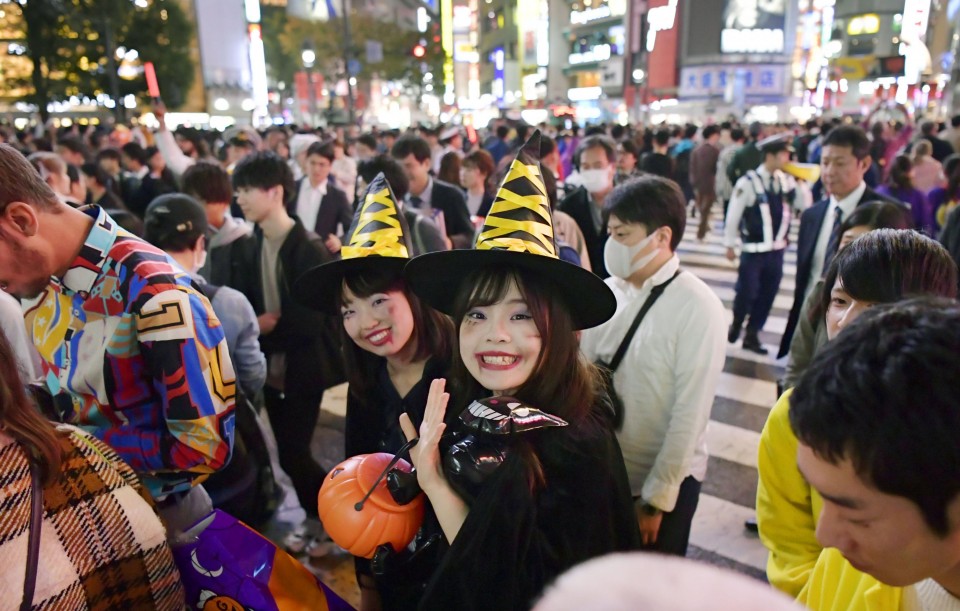