Swedish teen activist Greta Thunberg on Wednesday set sail from the U.S. East Coast for a three-week journey to Spain to attend a U.N. climate conference in December.

Thunberg, avoiding the greenhouse gas emissions of air travel, had sailed to New York from southern Britain on a zero-emissions yacht to attend the U.N. Climate Summit in September, and has opted for yacht travel again in crossing the Atlantic Ocean to Spain.

An Australian couple who support Thunberg's activity will sail the yacht. 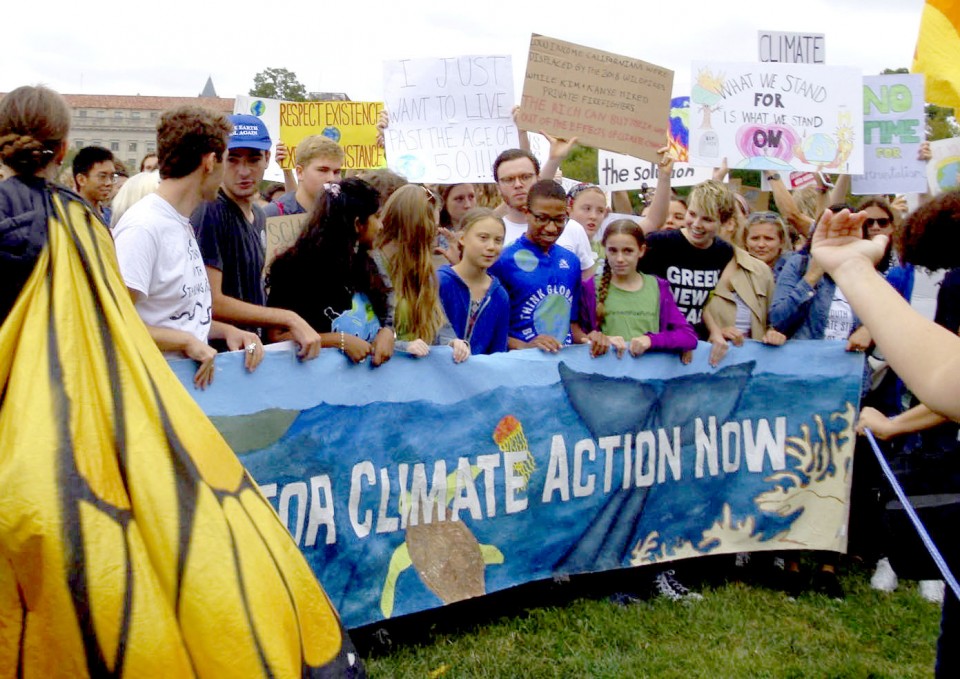 The 25th session of the Conference of the Parties on climate change, dubbed COP25, was originally scheduled to be held in the Chilean capital Santiago from Dec. 2 to 13.

But Chilean President Sebastian Pinera announced in late October that his country had given up on hosting the climate conference as well as a summit of the Asia-Pacific Economic Cooperation forum slated for mid-November, citing social unrest in the country.

Subsequently, Spain offered to host the U.N. climate conference in Madrid on the same dates, while Chile chairs the gathering.

Thunberg has gained worldwide attention for her activism, including weekly school walkouts to protest inaction on climate change.