Forward Salomon Rondon scored a hat trick before halftime as Venezuela humiliated Japan 4-1 in an international friendly on Tuesday.

Winger Yeferson Soteldo added the fourth for the South Americans before the break, while Hotaru Yamaguchi pulled a late goal back for the hosts at Panasonic Stadium Suita.

The walkover was Japan's heaviest defeat on home soil under manager Hajime Moriyasu, who experimented with his lineup following a 2-0 win over Kyrgyzstan in World Cup qualifying on Thursday.

The untested defensive lineup had no answer for former West Bromwich Albion and Newcastle United forward Rondon, now with Dalian Yifang in the Chinese Super League. 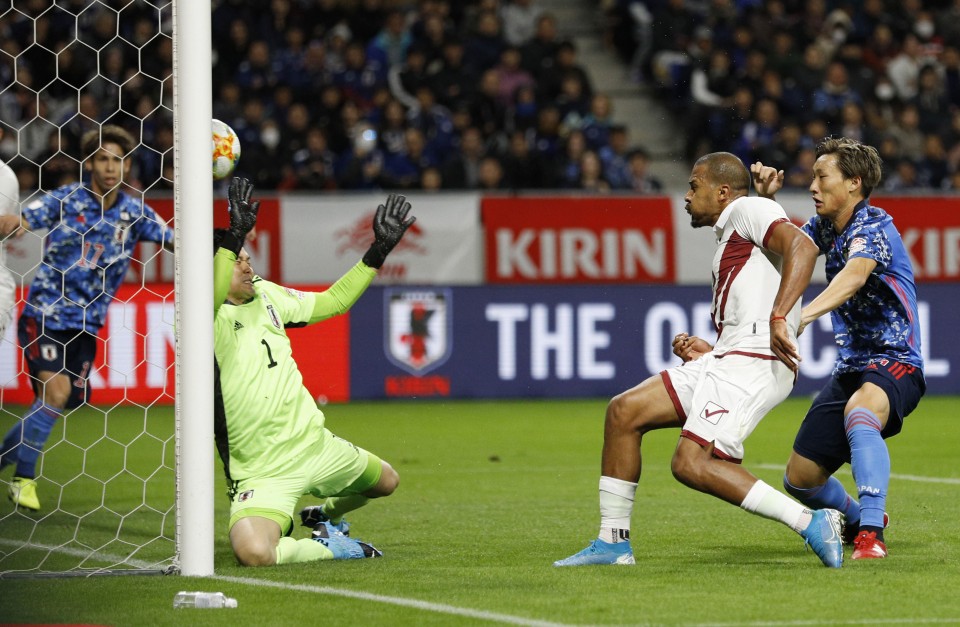 With his speedy wingers quickly feeding him the ball, the 30-year-old striker was a constant threat for Rafael Dudamel's side throughout the first half.

Japan's defense was exposed in the eighth minute when Soteldo wrong-footed Muroya on the left, then chipped a cross to Rondon, who beat keeper Eiji Kawashima with a header from the middle of the area.

Japan had a chance to equalize when Shoya Nakajima played a one-two with Takuma Asano to slip through the Venezuelan defense at the top of the arc, but he sent his shot straight at goalkeeper Wuilker Farinez.

Rondon netted his second in the 30th minute, tapping in a cross from Darwin Machis from directly in front.

The striker had his hat trick three minutes later, scoring with a toe poke from point blank after midfielder Yangel chested a cross from wingback Roberto Rosales into his path.

Soteldo made it 4-0 when he beat Kawashima on a counterattack in the 38th minute.

The hosts were fortunate to escape a 5-0 halftime deficit after Herrera hit the post with a long-range effort in the 40th minute.

Moriyasu expressed disappointment for letting down fans after the Samurai Blue received a rare round of boos from the stands going into the halftime break.

"I am very sorry we could not meet the expectations of our supporters. We could not get the engine started in the first half and the game did not develop as we expected," the 51-year-old manager said.

Japan improved in the second half, attacking straight from the kickoff, with Partizan Belgrade winger Asano combining on a breakaway with Nakajima, who had his shot saved by Farinez.

The Venezuelan keeper denied the Porto playmaker again in the 55th minute after Muroya sent him into space with a through ball.

Second-half substitute Yamaguchi reduced the deficit in the 69th minute when he beat Farinez with a deflected shot from the edge of the area.

"In the second half, the players kept up the fight until the end, even though we could only pull one goal back," Moriyasu said. 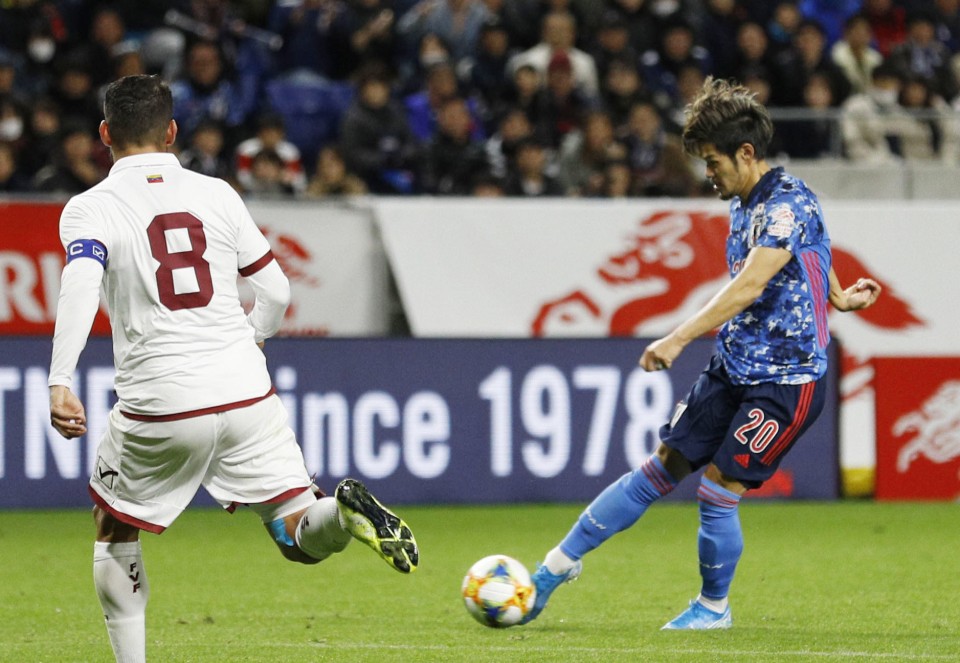