Japan came from behind to defeat Australia 3-2 on Monday in the team's first game of the Premier12 super round.

Hideto Asamura drew a bases-loaded walk in the eighth that broke a 2-2 tie at Zozo Marine Stadium in Chiba Prefecture, near Tokyo. Australian lefty Jon Kennedy surrendered a double to Kensuke Kondo and walked two batters before the Rakuten Eagles slugger entered the plate.

Seiya Suzuki blasted a home run for the third straight game when Japan was trailing by two runs in the fourth inning, and pinch-runner Ukyo Shuto sprinted home to level the scoring in the seventh.

The super round consists of six teams that advanced from the opening stage. Japan beat Taiwan, Venezuela and Puerto Rico to finish atop Group B, while Australia placed second behind South Korea in Group C.

Japan's starting pitcher, Yomiuri Giants righty Shun Yamaguchi, allowed two runs on four hits over four innings. He retired the batters in order in the first two frames but allowed Australia to open the scoring in the top of the third. 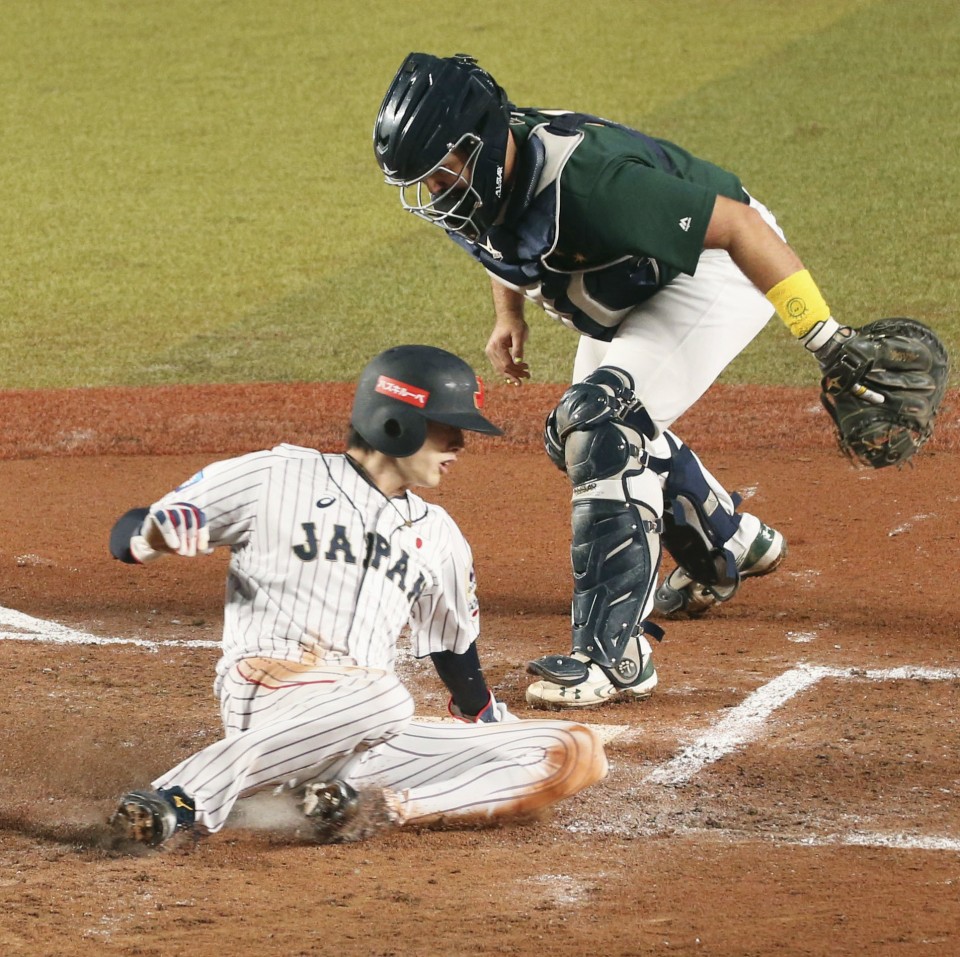 (Ukyo Shuto slides home to score on Sosuke Genda's bunt in the seventh inning and tie the game.)

Darryl George led off with a double, advanced to third before coming home on a Timothy Kennelly single. Mitchell Nilsson extended Australia's lead in the following inning on an RBI double.

Four Japanese relievers held the Australians scoreless for the remainder of the game. Hiroshi Kaino of the SoftBank Hawks picked up the win for pitching the eighth, and DeNA BayStars closer Yasuaki Yamasaki earned the save for striking two in a perfect ninth inning.

The final and the third-place playoffs take place at Tokyo Dome on Sunday. The tournament will determine two of the remaining four spots for next summer's Olympic baseball tournament. Japan is already qualified as it is the host country.