Japanese rookie Rui Hachimura received some high-profile support when his Washington Wizards faced the Los Angeles Lakers on Friday, with baseball star Shohei Ohtani cheering on his compatriot from courtside.

The two spoke and posed for photos together at Staples Center before the game won 125-103 by the Lakers, who currently own the NBA's best record at 17-2. 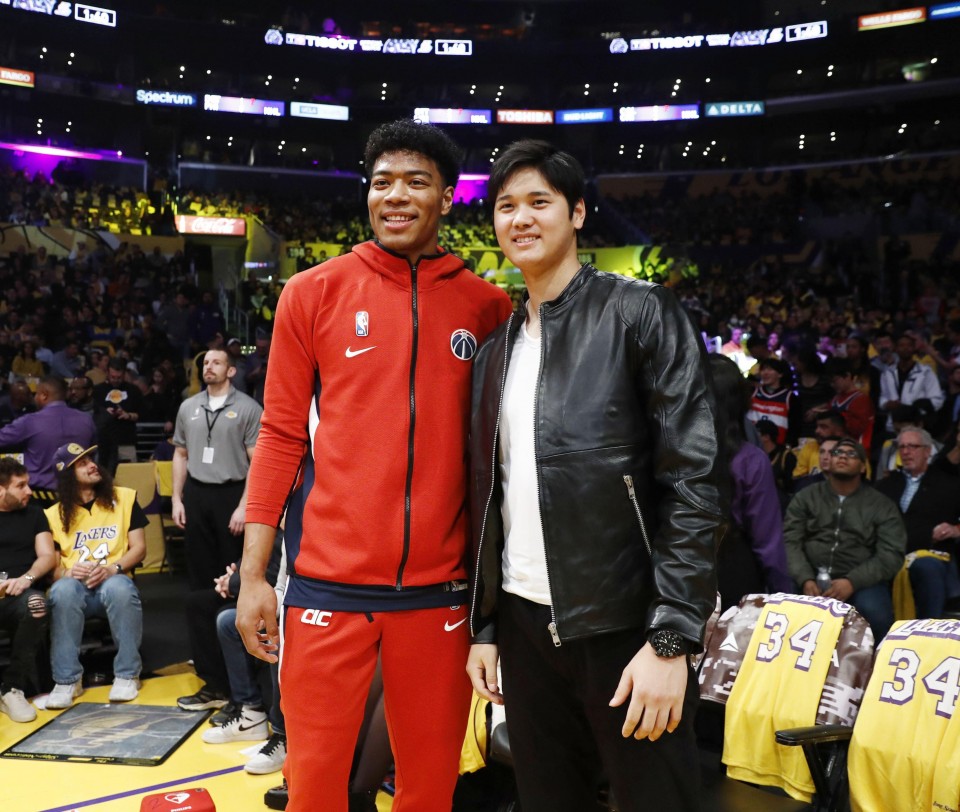 Power forward Hachimura scored 16 points and grabbed eight rebounds for the 6-11 Wizards, who will continue their west coast road trip against the Los Angeles Clippers on Sunday.

"It's encouraging to be around Japanese baseball players excelling in the major leagues. I'm really happy he got to see the game," Hachimura said of Ohtani, who took his seat at the celebrity-filled arena alongside Red Hot Chili Peppers bass player Flea.

The 21-year-old Hachimura has averaged a solid 12.4 points and 5.4 rebounds per game so far this season as the Wizards' starting power forward.

Los Angeles Angels two-way star Ohtani, 25, is primed to return to the mound in 2020 after undergoing Tommy John surgery that limited him to designated hitter duties in his shortened 2019 season.

"We're part of the same younger generation (of Japanese athletes) striving to do our best," Hachimura said.