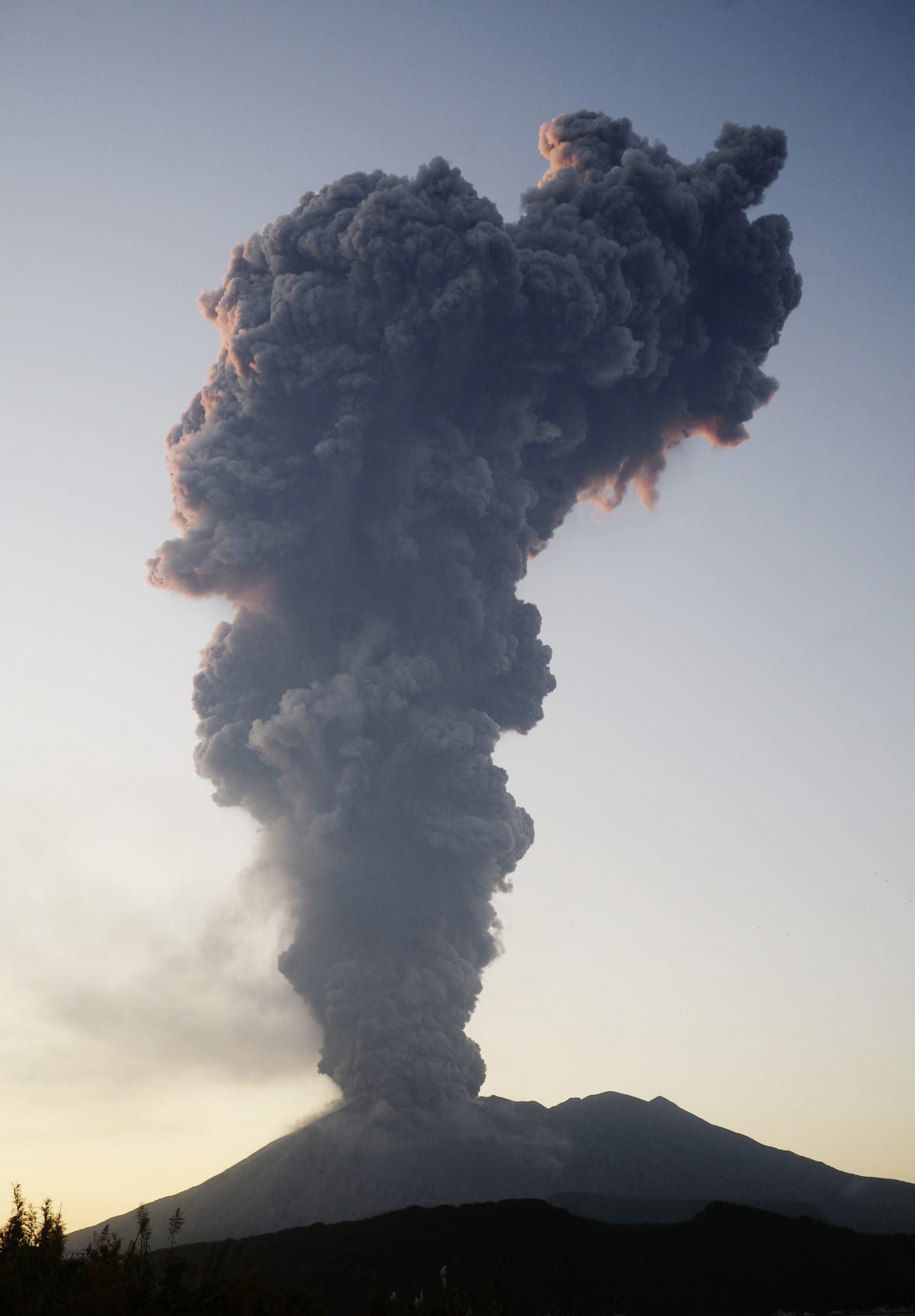 A plume of ash spewed from the volcano's 1,040-meter Minamidake summit crater in the 5:24 p.m. eruption, reaching about 5.5 kilometers into the sky, the agency said, warning that volcanic activity may continue for some time.

No major property damage has been reported, according to the Kagoshima prefectural government.

An eruption on a similar scale at the volcano last occurred in July 2016.

The agency said eruptions at the crater have occurred repeatedly this year, with ash reaching 3 km above the summit on two occasions.

If the eruptions continue, large rocks could be ejected and small pyroclastic flows could occur within around a 1-km radius of the crater, according to the agency. 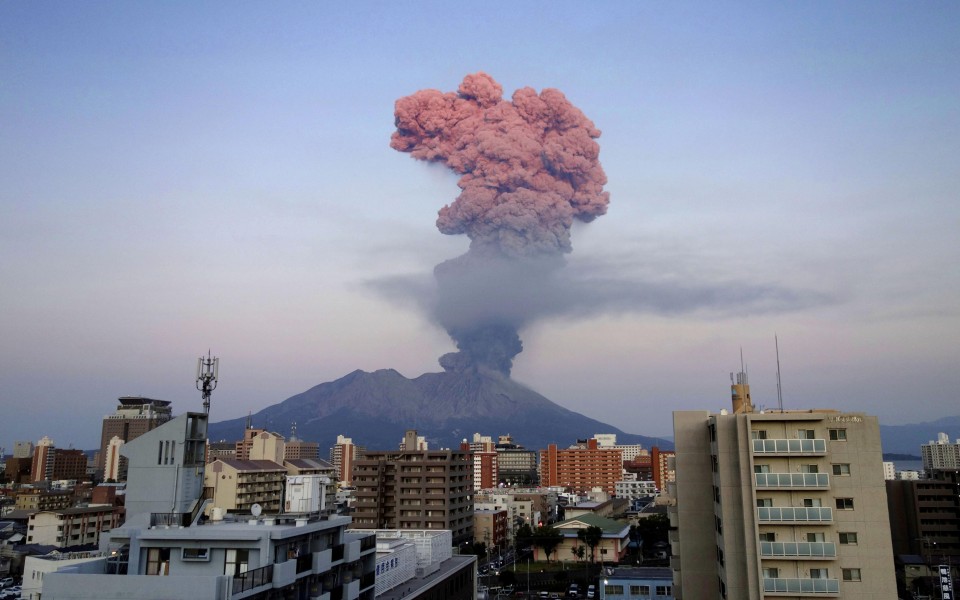 [Courtesy of the Kagoshima Meteorological Office] 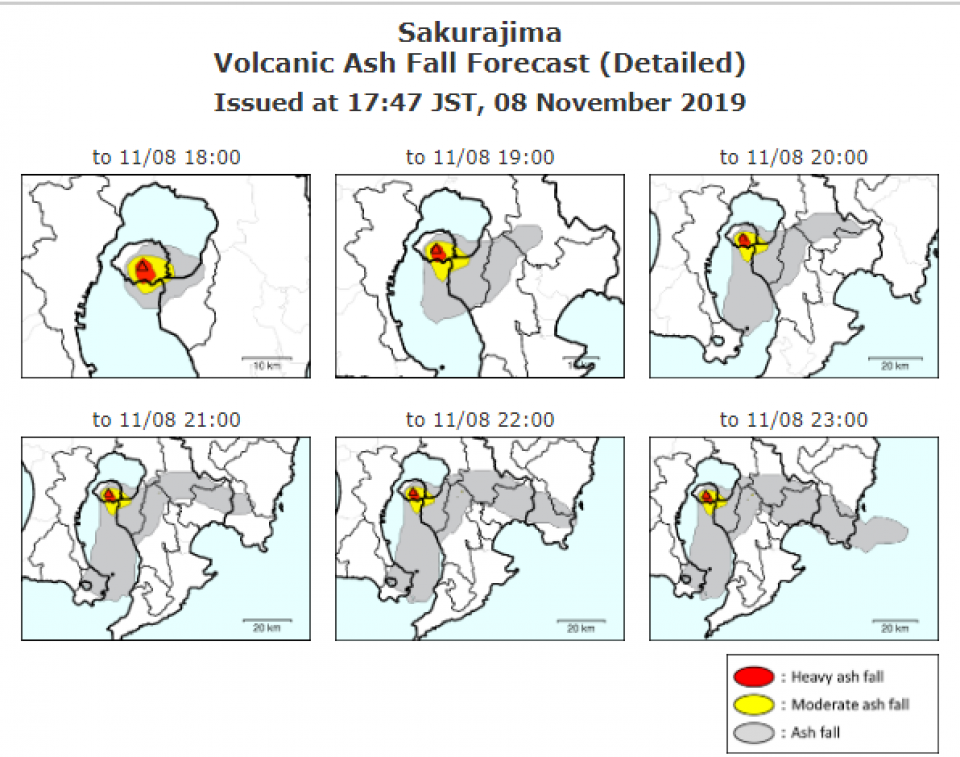