North Korea fired what appears to be a submarine-launched ballistic missile early Wednesday, South Korea's military said, in an apparent bid by Pyongyang to display its military power ahead of a scheduled resumption of talks with the United States.

The projectile fell into Japan's exclusive economic zone off the western prefecture of Shimane, putting the country on high alert and leading Prime Minister Shinzo Abe to condemn the firing as a violation of U.N. Security Council resolutions.

If confirmed, the country's launch of a submarine-based missile will be the first since August 2016 and is sure to raise security concerns in the region. Submarine-launched ballistic missiles or SLBMs are hard to detect before liftoff and pose more security threats than ground-based ones.

Japan's Chief Cabinet Secretary Yoshihide Suga did not confirm the missile was submarine-based, saying at a press conference that Tokyo is still analyzing information.

But the top government spokesman said the projectile drew a "lofted trajectory," suggesting that it was launched at an angle to reach a high altitude but limit its flight distance. 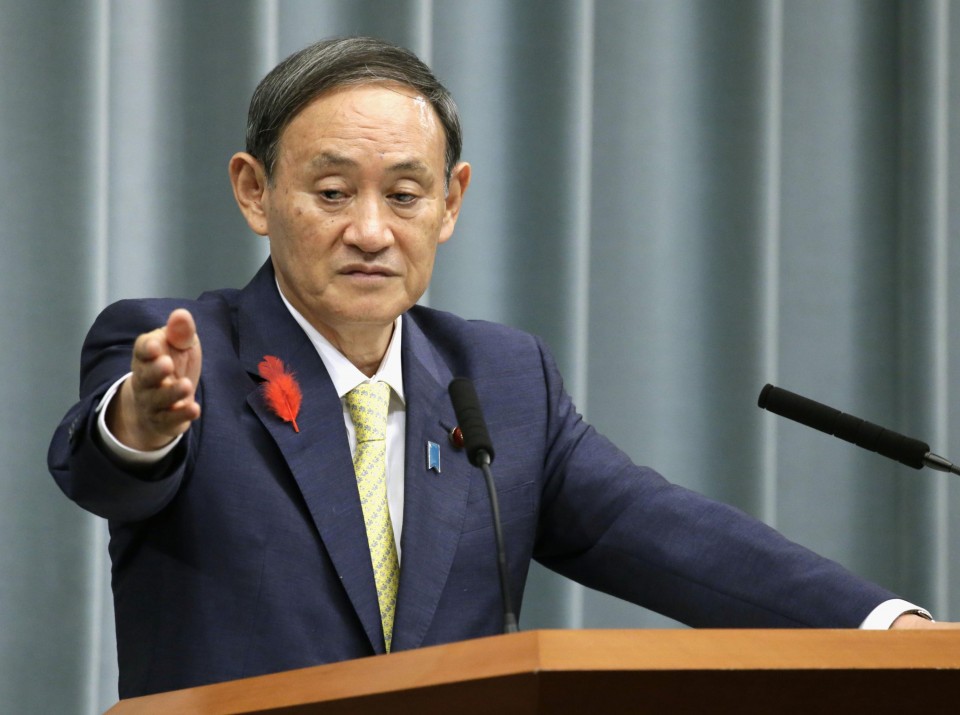 Military experts say the projectile could have flown 2,000 kilometers to put the whole of Japan within its reach if it were launched at a normal angle.

North Korea is believed to have built an SLBM system that can hit targets 1,000 km away and beyond, and the latest projectile could be a new, improved type, the experts said.

Japan's Defense Ministry has warned of an imminent security threat in its recent white paper, saying North Korea has the ability to strike Japan with submarine-launched ballistic missiles.

According to South Korea's Joint Chiefs of Staff, the projectile was launched at 7:11 a.m. Wednesday from the sea some 17 km northeast of Wonsan in the eastern part of North Korea. It flew about 450 km and reached an altitude of about 910 km.

CNN reported the missile was launched from an underwater launch platform, citing a U.S. official.

Japan immediately lodged a protest with North Korea following the first landing of the missile within the country's EEZ since November 2017. It likely fell into the sea some 350 km north of the Oki Islands in Shimane, at 7:27 a.m., Suga told the press conference. There were no reports of damage to vessels or planes.

"Such a ballistic missile launch is in breach of U.N. Security Council resolutions and we strongly protest and condemn it," Abe told reporters at his office. 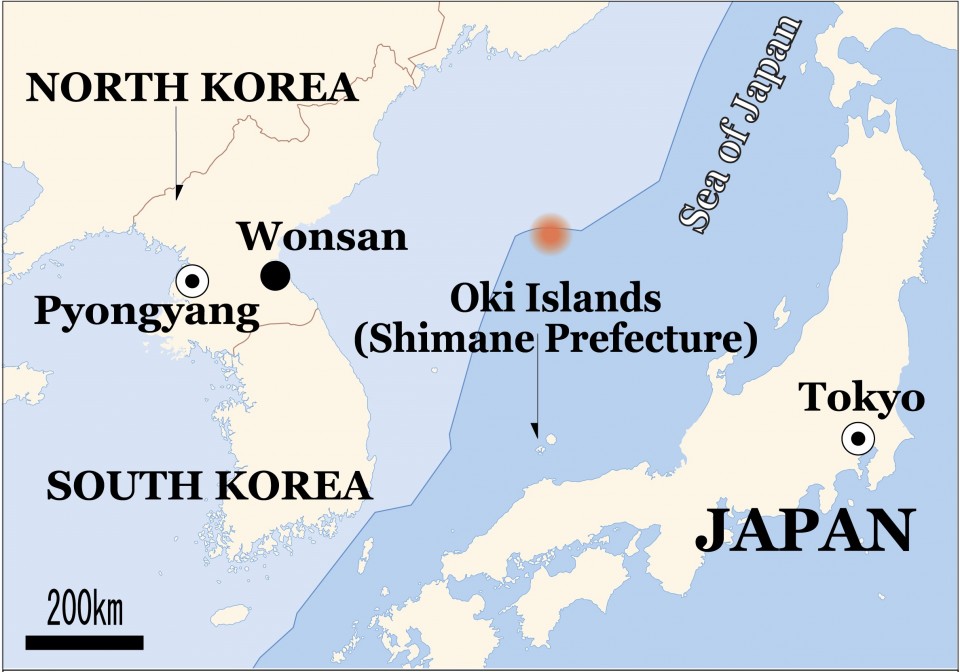 "We will continue to work closely with the United States and the international community, and do all we can to protect the lives of Japanese people while remaining highly vigilant," he said.

Both Tokyo and Seoul scrambled to gather information and analyze Pyongyang's motive for the launch. North Korea said Tuesday it had agreed with the United States to start talks on Friday, raising expectations that the two sides will resume their stalled denuclearization negotiations.

Some analysts reckon Pyongyang may be pursuing dialogue with the United States without giving up ballistic missile development. It was the first projectile fired by North Korea since Sept. 10, and the 11th since May.

While Japan has condemned North Korea's repeated firings of short-range projectiles toward the Sea of Japan, U.S. President Donald Trump -- who is pursuing dialogue with Pyongyang -- has downplayed them.

Wednesday's launch was also a test of bilateral coordination between Japan and South Korea whose ties have deteriorated sharply amid a feud over wartime history and export controls.

South Korea asked Japan for information based on a military intelligence-sharing accord between the two countries, according to South Korean Defense Minister Jeong Kyeong Doo. Seoul had already decided to scrap the pact due to expire next month.

Japan said initially that two ballistic missiles were launched toward the Sea of Japan, but it later said one was launched and likely broke into two pieces.

Abe has expressed a desire to hold summit talks with North Korean leader Kim Jong Un, most recently in his speech at the United Nations, to break the impasse and to resolve the long-standing issue of Japanese nationals abducted by Pyongyang in the 1970s and 1980s.

Suga said Wednesday's missile launch has not changed Tokyo's stance that Abe is seeking a face-to-face meeting with the North Korean leader "without preconditions."