Fans in Yokohama breathed a collective sigh of relief that the Rugby World Cup match between Japan and Scotland is on as scheduled Sunday after a powerful typhoon that ripped through eastern parts of Japan threatened its cancelation.

"We are very happy -- otherwise we would be angry," Doug Munro, 58, from Scotland, joked before the crunch pool-stage game at International Stadium Yokohama (Nissan Stadium) that will decide which of the two teams will advance to the knockout stage.

A cancelation would have automatically assured Japan of a spot in the top eight at a World Cup for the first time ever.

"As Japan are being great hosts and they are very impressive, I would also be happy if they win. It's a complicated day for me," said Munro, who was drinking beer with his son Conrad before the match.

The Munros said they were safe staying at a Tokyo hotel for the full day on Saturday, when Typhoon Hagibis lashed Japan, including the Tokyo metropolitan area, leaving at least 25 people dead and around 100 people injured across the country. 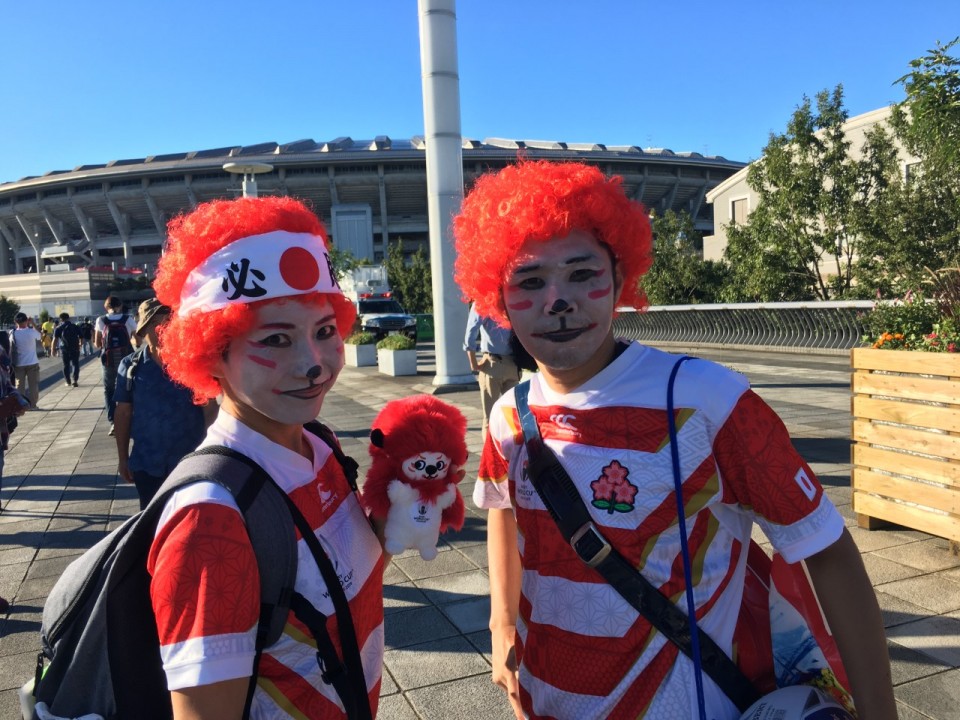 "The hotel ran out of beer but we were well alerted about the typhoon via TV and emails," the father said, although he and his son were left waiting for a train from Tokyo to Yokohama for two hours at a station before opting to take a taxi.

"With the signs all in Japanese, we didn't know when the train was coming," Munro said.

Lee Barber, 55, and Neil Smith, 55, from England were also delighted that the game was not called off, as they had to miss the England-France game Saturday due to the typhoon.

"It can't be helped, you can't mess with nature," Barber said. "We stayed at our hotel yesterday and stayed safe."

Thibault Delpech, from France, was also disappointed that the only game he came to Japan to watch was canceled, referring to the Saturday match.

"I don't have a ticket but I still came to (Yokohama) and enjoy the atmosphere," he said.

"Japan is so organized about the tournament operations, they should have organized the typhoon better," he quipped. 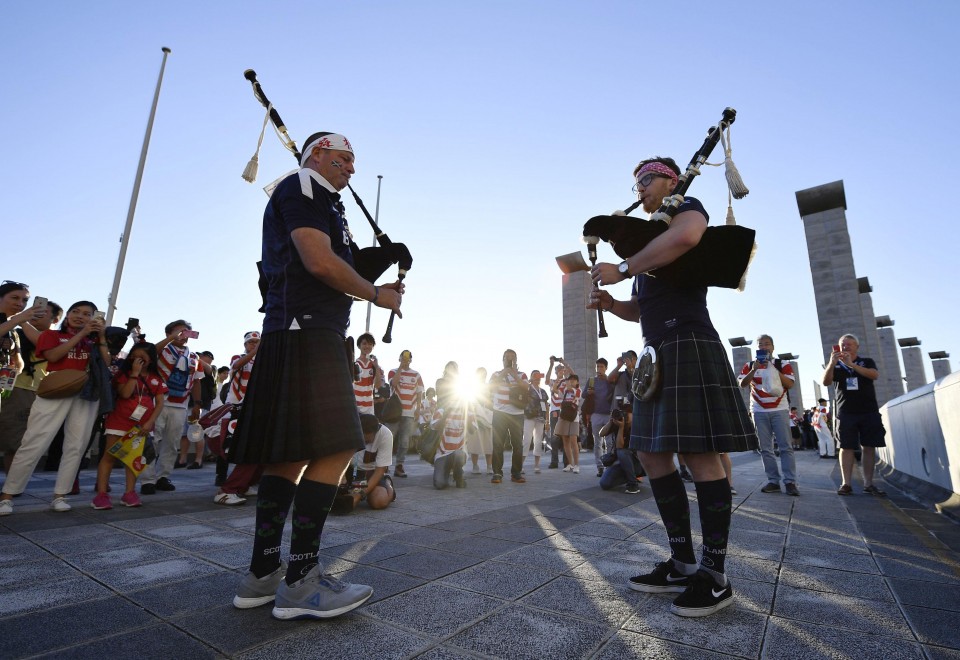 Delpech also said he sympathizes with the people of Kamaishi in northeastern Japan, where a scheduled match between Canada and Namibia, one of the two matches the city was to host at Recovery Memorial Stadium earlier Sunday, was canceled due to the typhoon.

"I had heard that rugby was uniting the local communities as part of their reconstruction efforts from the 2011 earthquake and tsunami disaster. So it is sad for them," Delpech said. 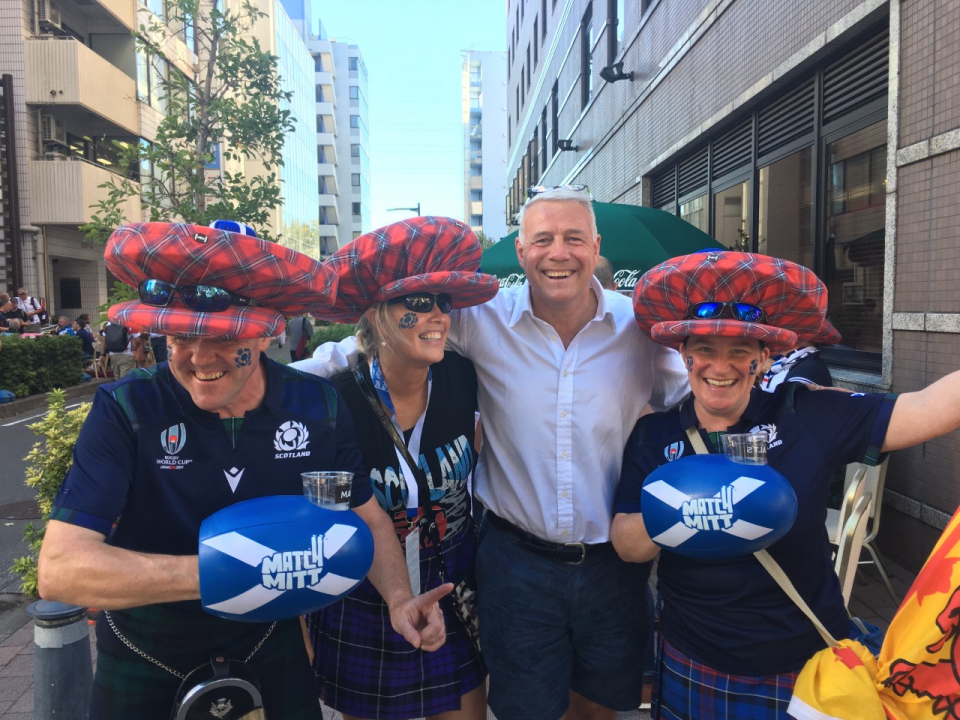 (Three Scottish fans pose for a photo with former Scotland player Scott Hastings, second from right, in Shin Yokohama on Oct. 13, 2019, ahead of the Rugby World Cup game between Japan and Scotland at International Stadium Yokohama.)

Japanese fans also pinned their hopes on the Brave Blossoms clinching a quarterfinals berth by a clear victory over Scotland.

"It's a competition so I want Japan to go through to the knockout stage by a win, not by cancelation," said Misao Nishiyama, 56, who came from Nagano Prefecture, relieved also that the shinkansen bullet trains had resumed operations.

"I hope Japan will work as one and show their tenacity. I think it will be a close game," Nishiyama said.

Tomomasa Yoshida, 50, from Nagoya, said, "I am so glad the game was not canceled. I couldn't sleep all night yesterday and was also anxious before the organizers made the announcement to go ahead with the match."

"I have watched Japan since 30 years ago when they were very weak. It's quite formidable how competent they are, perhaps thanks to the foreign-born players," Yoshida said. "I am also happy that there are now quasi-fans of rugby that I can chat with."

Organizers said that a moment's silence would be observed at all of the matches on Sunday, including the Scotland and Japan game, as a "reflection of the global rugby family's solidarity with the people of Japan and all those impacted by the typhoon."

"Japan has proven to be the warmest, the best of Rugby World Cup hosts. We stand together with you in solidarity," World Rugby Chairman Bill Beaumont said in a statement.