As the 2020 Tokyo Olympics and Paralympics draw ever closer, more people in Japan are taking courses in international sign language as a means of communicating with hearing-impaired visitors from overseas. 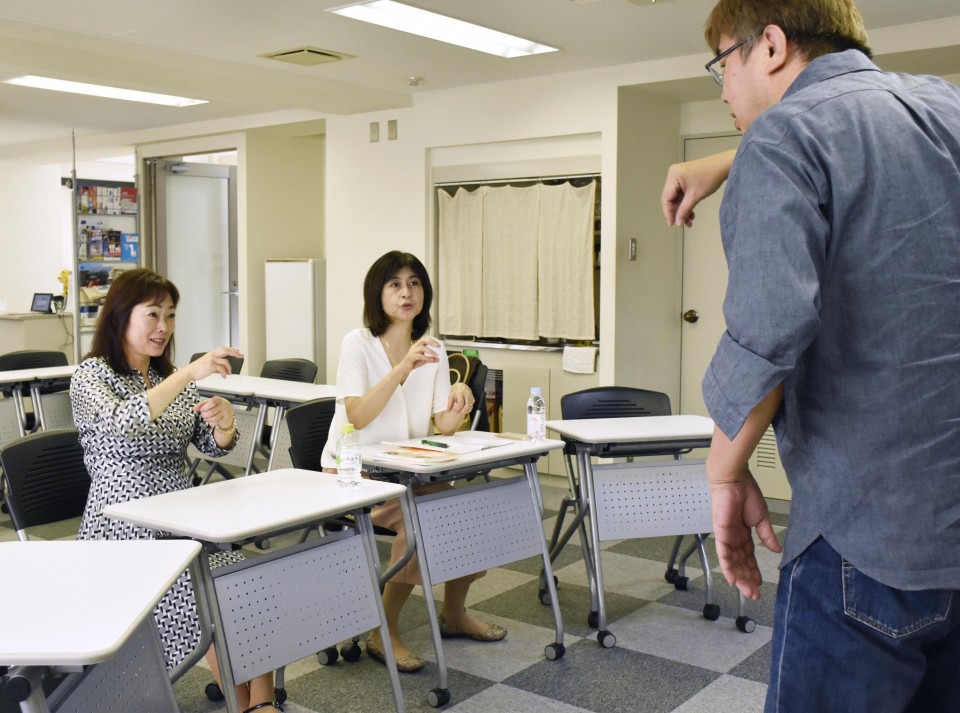 (Instructor Takeshi Sunada, right, and his students are pictured in Tokyo during an international sign language lesson on Oct. 5, 2019.)

International sign is regularly used at global gatherings of the hearing-impaired, such as the World Congress of the World Federation of the Deaf, and is common at sports meets such as the Deaflympics.

Masako Aozuka, 53, a part-time worker from Iruma, Saitama Prefecture, and a student on the intermediate sign course, said, "I really hope to learn international sign so I can be a city volunteer at the Tokyo Olympics and Paralympics."

Not a standardized form of communication, IS has been described as a highly variable type of signing between two people who lack a common sign language.

According to Sunada, the association representative who is also an international sign language interpreter and guide, the number of students has trebled in roughly three years to about 100.

The Tokyo metropolitan government has set up a scheme to cover half the cost of tuition needed for people studying international sign language, and American sign, which is predominantly used in the United States and by English-speaking Canadians.

Indeed, opportunities to learn sign languages are also on the rise in other regions of the country.

The JIIGA, in cooperation with the Hiroshima City Deaf Society, plans to hold courses in international sign in the western Japan prefecture of Hiroshima from next year, with the aim of guiding foreign travelers visiting sites related to the 1945 atomic bombing.

The Nippon Foundation Volunteer Support Center, the organization responsible for fostering volunteers at the Tokyo Olympic and Paralympic Games, has incorporated an international sign course. 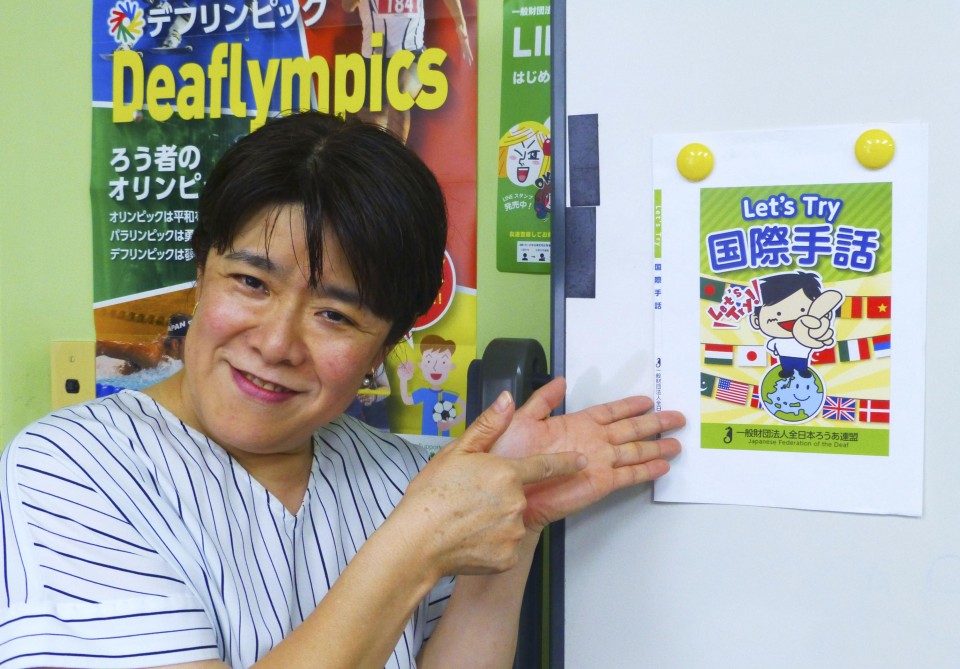 (Sachiyo Yoshino, director of the Japanese Federation of the Deaf, introduces a book titled "Let's Try Kokusai Shuwa" in Tokyo on Oct. 8, 2019.)

Masamichi Yagi, 33, a company employee from Urayasu, Chiba Prefecture, who took the course in September, said he hopes to help hearing-impaired foreign tourists with everything from ticket purchases to finding restaurants. "I want to be able to provide hospitality to all people from around the world," Yagi said.

But a big obstacle is a lack of skilled sign interpreters.

For example Otomo, a company based in Tokyo's Bunkyo Ward that promotes multilingual tours and guides aimed at overseas visitors, plans to give customers a choice of international sign languages when selecting guides via the internet, but expects it will only be able to provide about five in the immediate future.

The Japanese Federation of the Deaf, which is campaigning to have the 2025 Deaflympics hosted by Japan, will next week release a book titled "Let's Try Kokusai Shuwa" (International Sign). The book includes smartphone-friendly QR codes to watch sign language videos.

"We want more people to use the book so they can use international sign. There is really a shortage of interpreters and instructors out there, so we want to make efforts to train as many as possible," said JFD Director Sachiyo Yoshino.