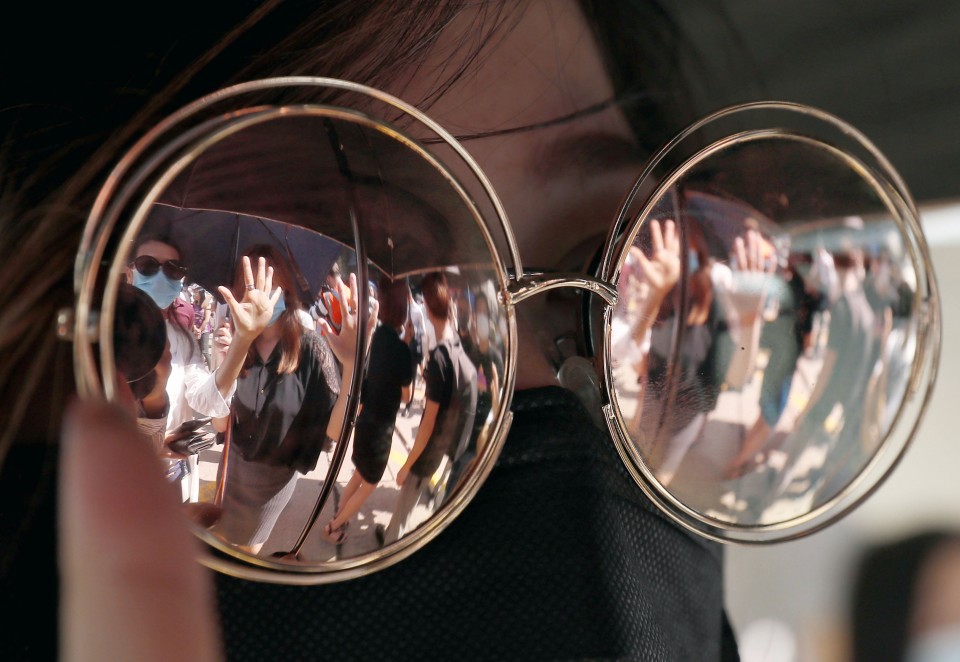 HONG KONG - Hong Kong authorities have indicted two people on a charge of breaking an anti-mask law, in the first such case since face coverings in public gatherings were outlawed last week in the wake of intensifying violence in anti-government protests.

Ng Lung-ping, an 18-year-old male university student, and Choi Yuk-wan, a 38-year-old woman, were released on bail after appearing before the Eastern Magistrates' Courts on Monday.

Their release is conditional on observing a curfew, a travel ban and reporting to police every week until their next court appearance on Nov. 18.

The two have been charged with unlawful assembly and violation of the face-covering prohibition. They were reportedly arrested in Kowloon in the early hours of Saturday. 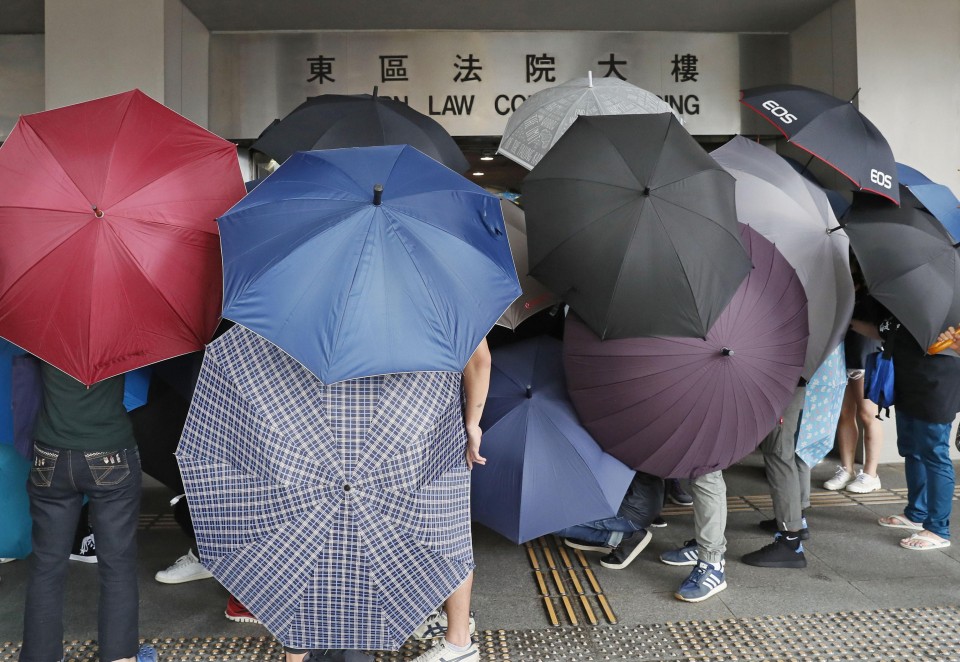 "Covering faces is not a crime!" about 200 supporters chanted outside the court as they raised a wall of umbrellas to shield the duo's faces when they left.

It said the new law, which was put into effect Saturday, is aimed at creating a deterrent effect on masked violent protesters, and helping the police enforce laws.

The move has drawn criticism from pro-democracy activists and Legislative Council members, who called the government's use of the Emergency Regulations Ordinance unconstitutional.

Many people defied the new law by taking to the streets of Hong Kong wearing facemasks over the weekend. Chaos erupted during Sunday's protests as radical protesters trashed subway stations, shops and banks linked to companies in mainland China, and threw petrol bombs at police. 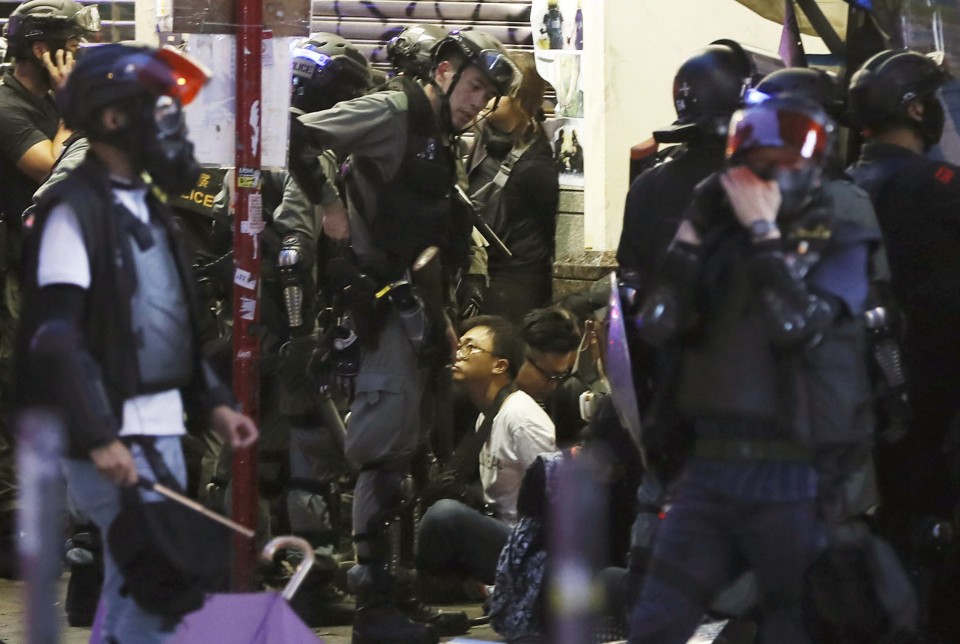 More than half of the roughly 90 train stations in Hong Kong were closed Monday, though the closure had a limited impact on commuters as Monday fell on a public holiday.

The protests were triggered by a now-suspended extradition bill, which would have allowed suspects' transfers to mainland China for trial.

The protests have continued despite the government's announcement last month that the bill will be formally withdrawn in October.

Protesters' demands have widened to include an independent inquiry into police use of violent tactics against demonstrators, pardons for all those arrested and democratic reform. 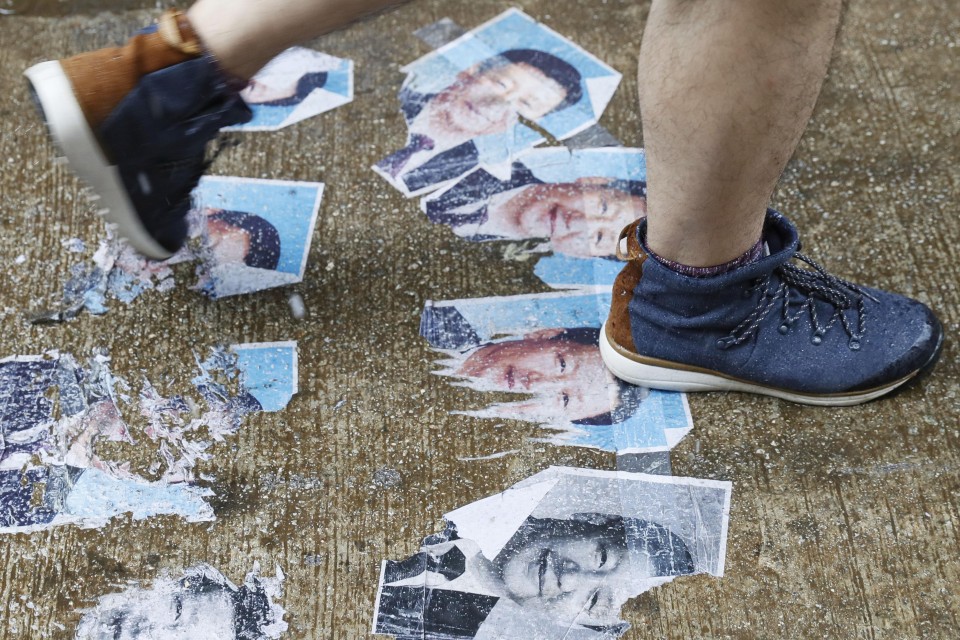