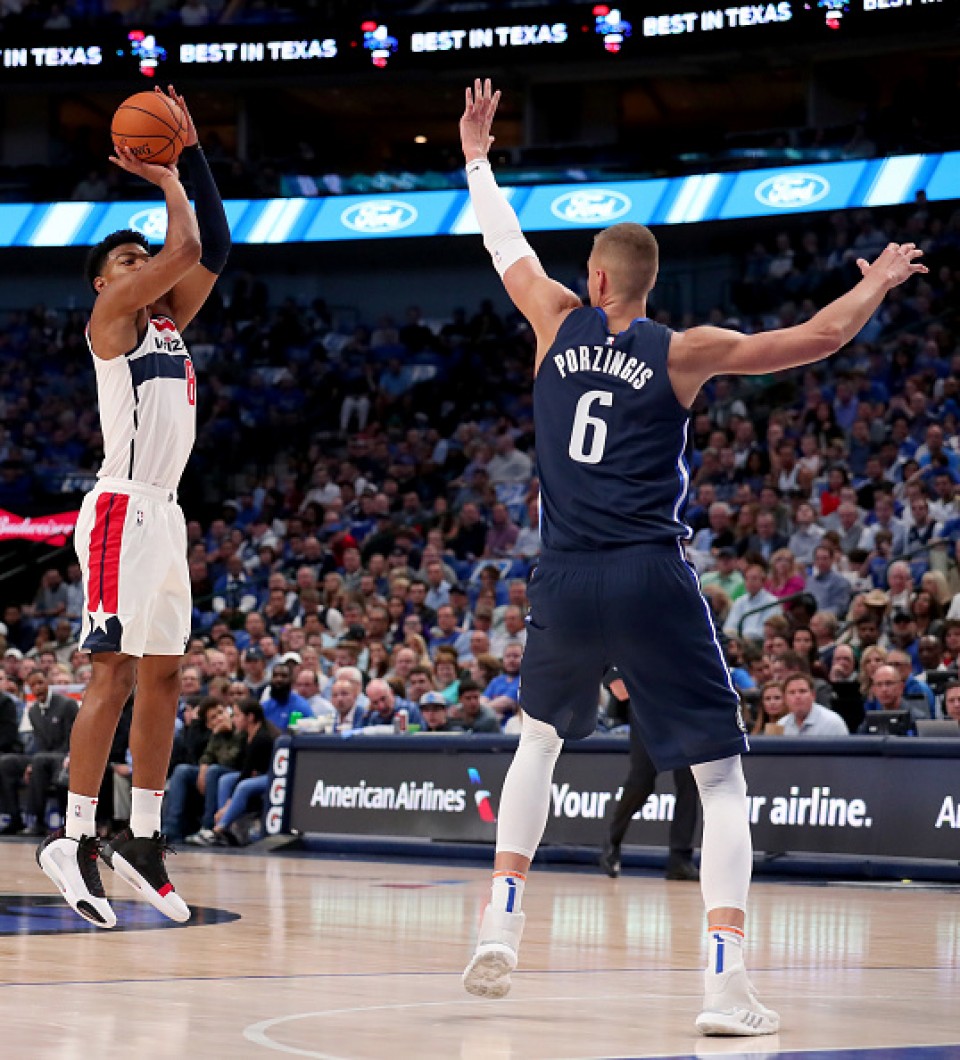 Rui Hachimura repaid the faith the Washington Wizards showed by selecting him in the first round of the NBA draft, getting the start and finishing with a double-double in his first regular-season game on Wednesday.

His team may have lost 108-100 away to the Dallas Mavericks, but the 21-year-old Japanese player showed glimpses of the potential he has promised.

"We lost the game but it was great," said Hachimura. "It was one of the best moments of my life but we have more games coming, the day after tomorrow and other games, too. So we just have to lock in and play together."

Hachimura's first NBA bucket came on a strong baseline drive to the rim in which he bodied Dallas big man Maxi Kleber to create space and laid the ball up softly with his left hand.

They were his first of 14 points on the night, recorded on 7-for-15 from the floor. He went 0-for-3 from behind the three-point line but did hit two long jumpers from the top of the key.

The rest of his points came around the rim where he showed off the strength that many thought made him so NBA-ready.

"He plays with so much poise, we are going to go on and on and on about all the great things that he does," said Wizards head coach Scott Brooks. "He is a winner and he is going to continue to be that."

Hachimura grabbed 10 rebounds -- four on the offensive end -- and finished with just two fouls despite getting them both in the first quarter, forcing Brooks to protect him on the bench and limit him to 25 minutes in the game.

"He is not satisfied with having 14 and 10 and losing the game, he is about winning and we didn't do that tonight," lamented Brooks. 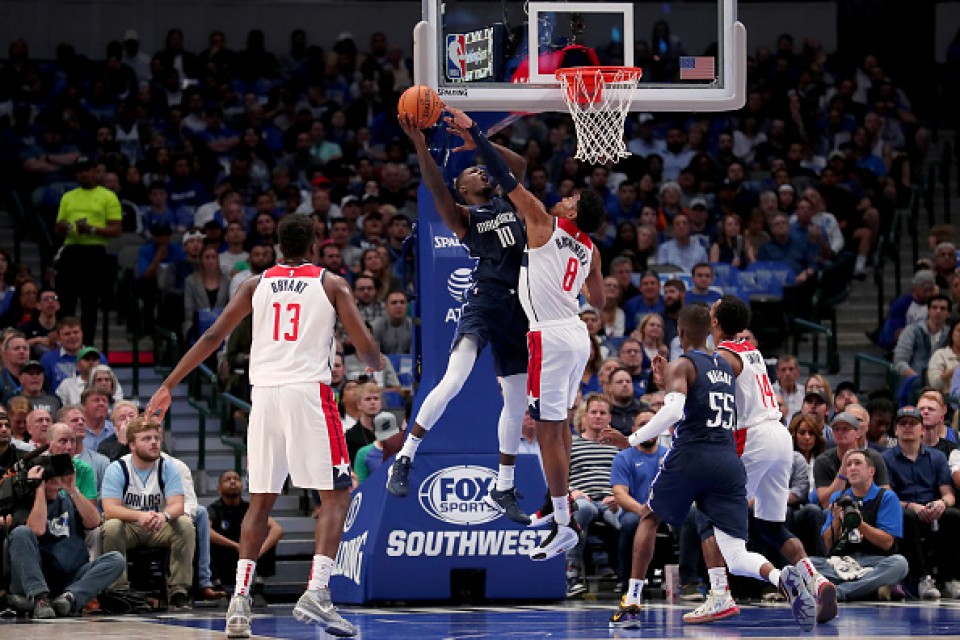 (Dorian Finney-Smith (10) of the Dallas Mavericks drives to the basket against Rui Hachimura (8) of the Washington Wizards.)

The Wizards were led by their All-Star guard Bradley Beal, who scored 19 points on 25 shots, dished nine assists and collected six rebounds.

Beal's game came to an abrupt end, however, when he was ejected for apparently goading the referee into giving him a second technical foul with one minute to go in the fourth quarter.

Dallas unveiled their European one-two punch, with last season's rookie of the year Luka Doncic playing his first game with Kristaps Porzingis, who the team traded for last season.

Doncic led the game with 34 points on 63.2 percent shooting while Porzingis, returning to an NBA court after a serious injury, scored 23.

Beal said Hachimura acquitted himself well in having to defend Latvian superstar Porzingis.

"Rui had Porzingis, so it was welcome to the league for (him). But I think he handled it well. It is only going to get tougher from here though, so he better get ready," said Beal.

The 21-year-old Hachimura is one of three Japanese players to make it to the world's premier basketball league, following Yuta Tabuse, who played for the Phoenix Suns in 2004, and Yuta Watanabe, who became a two-way player for the Memphis Grizzlies last season.