"The @RugbyCanada team are really embracing the Japanese culture and the locals are loving it," the post Monday said, alongside a short clip of the members happily alighting from a bus in the traditional clothes.

The Canadian team was provided with yukata while staying at a "ryokan" traditional Japanese inn in the Nagato Yumoto Onsen hot spring resort in Yamaguchi Prefecture from Sept. 12 through Sunday ahead of their World Cup matches.

Other users said the members had "nice smiles" and looked "so adorable!" while some were worried about the members keeping their balance while wearing geta, with one comment reading, "Please be careful and don't spring your ankle!"

The video also shows a woman holding a Canadian flag rushing over to one of the members to show him how to wear geta properly.

The players, who were given yukata on their first day at the inn, were able to relax in the garment and wore it throughout their stay, according to an official in charge of the team. 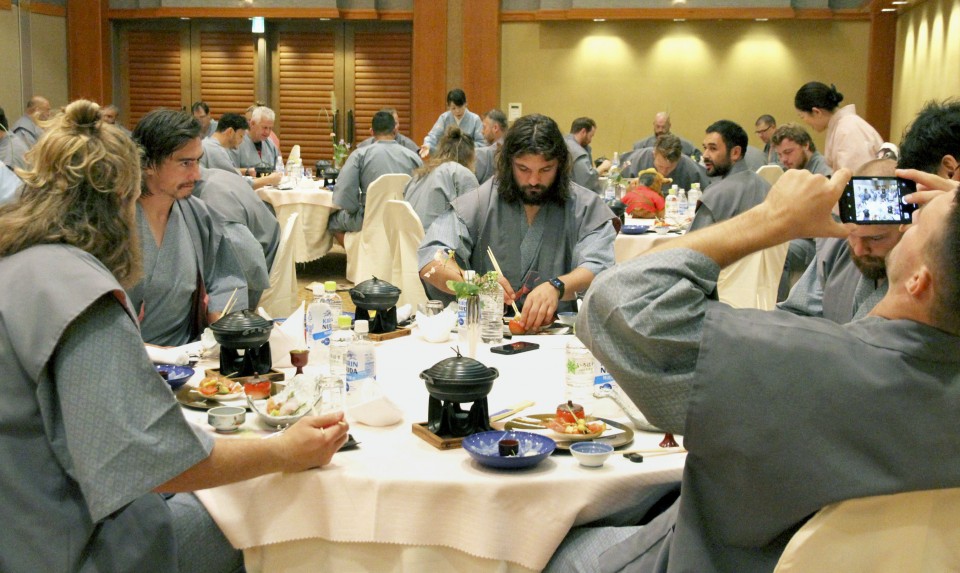 Some of the Canadian players also called at a local kimono shop to purchase their own yukata, the official said.

The members enjoyed the hot springs and were soaking in the baths until the moment before leaving the inn for their next location.

"I'm happy that they naturally accepted Japan's culture of hospitality," the official said.