Italy demonstrated their Tier 1 credentials at the Rugby World Cup on Thursday, snaring a bonus point with an emphatic 48-7 victory over Pool B opponents Canada.

After coming agonizingly close to upsetting the Azzurri in a 23-18 loss at the 2015 tournament, the Canadians were this time no match for the Six Nations side, who ran in seven tries to one at a humid Fukuoka Hakatanomori Stadium (Level 5 Stadium). 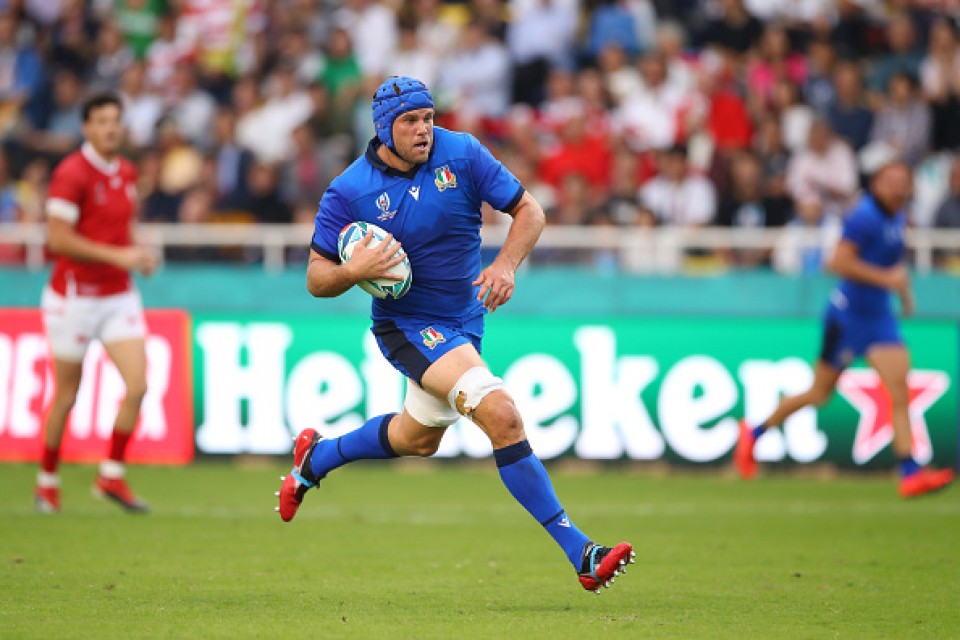 The win leaves Italy on top of the pool with maximum points as they prepare for their showdown against powerhouse South Africa on Oct. 4.

Though the lopsided loss was not the start to the tournament Canada wanted, head coach Kingsley Jones praised his players for a determined effort against more fancied opposition.

"(Italy) are a very good side and they punished us. But I'm pleased with the players. We created a lot and they gave everything. There is big work for us to do, but it was tough opposition," Jones said.

Man-of-the-match Jake Polledri, who repeatedly broke the Canadian line with powerful runs, said Italy's performance was a big improvement on their 47-22 win over Namibia on Sunday.

"It looked a lot better, a lot tighter and it was exactly what we wanted. Our main focus was the four-day turnaround, which makes it difficult, but we couldn't have asked for anything more really," the English-born flanker said. 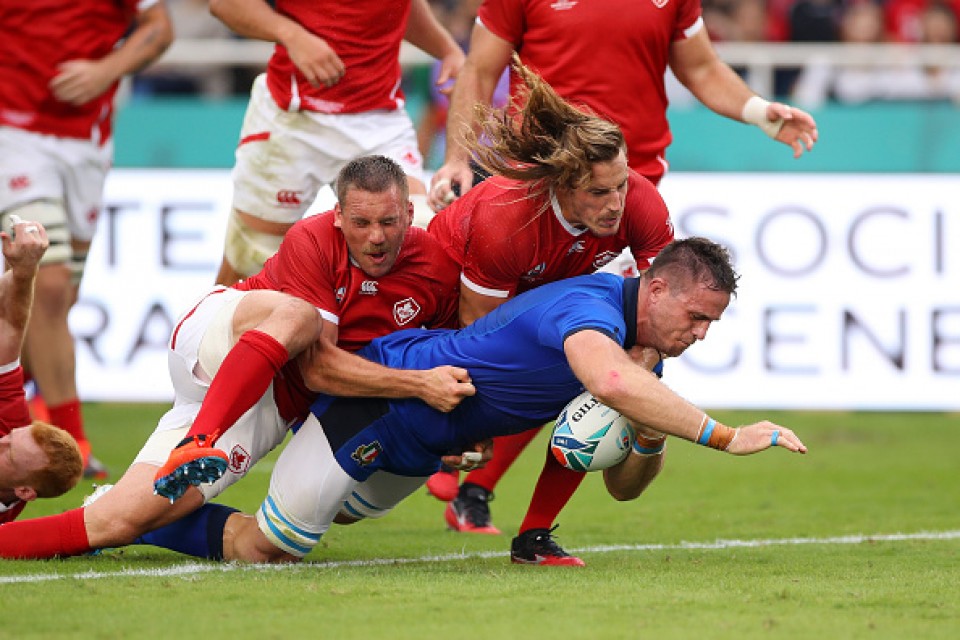 Having been slow to take control against Namibia, Conor O'Shea's men were quick out of the blocks in Fukuoka.

Canada fullback Patrick Parfrey prevented a certain try barely a minute into the contest when he raced to beat Italian No. 9 Callum Braley to a grubber kick in the corner.

The Italians maintained the momentum from the restart and were quickly on the board through the boot of Tommaso Allan.

They scored their first try in the 7th minute when No. 8 Braam Steyn picked the ball up from the back of a scrum and ploughed across the line through three defenders.

Showing nimble feet for a big No. 5, Budd jinked his way through and sprinted across from outside the 22 five minutes later, extending the lead to 17-0 following Allan's conversion.

With their vocal fans rallying behind them, the Canadians came desperately close to crossing midway through the half, but substitute flanker Matt Heaton spilled the ball after No. 8 Tyler Ardron sent him through a gap with only the try line to beat. 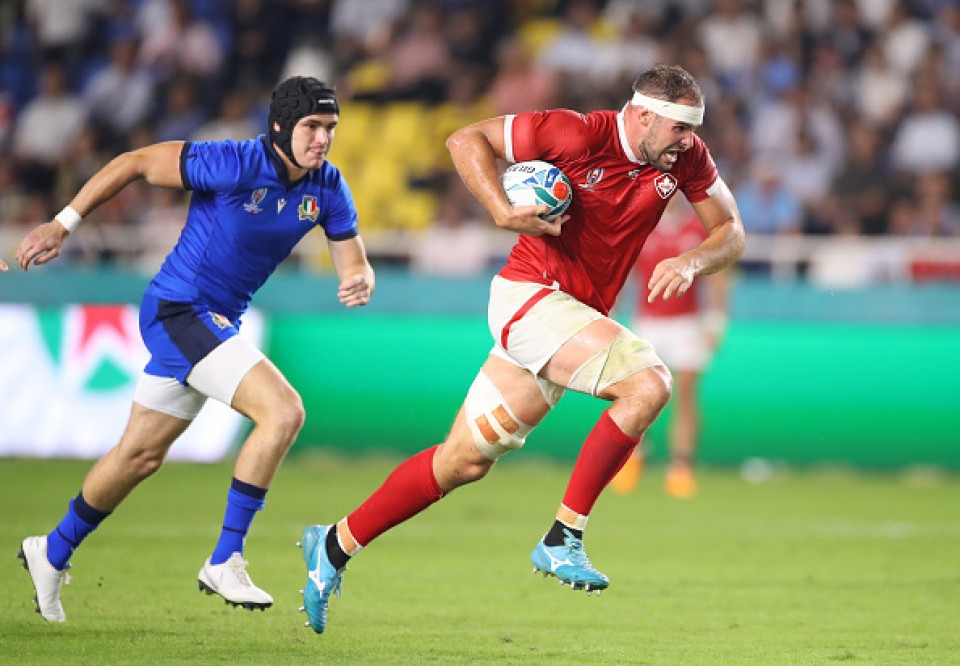 To their credit the Canadians kept up the attack, with veteran winger DTH van der Merwe finding space to put pressure on the Italian defense out wide.

But it was at the defensive end that the team in red were made to do most of their work, putting in a gutsy effort to prevent Italy taking a much bigger lead into halftime.

Italy scored their third try just three minutes into the second half, stringing together a solid succession of unbroken phases before back-rower Sebastian Negri crashed over from close range.

Canada threatened following a powerful diagonal run through the middle of the park by van der Merwe, but the winger was stopped short in the corner following some desperate Italian defense.

Italy secured the bonus point with a penalty try in the 58th minute, with Heaton capping a forgettable night by being sent to the sin bin for deliberately pulling down the maul.

Substitute winger Mattia Bellini sprinted across for Italy's fifth try in the 61st minute, goose-stepping past Canuck center Ben Lesage near the touchline for a 36-0 lead.

Captain Ardron brought the fans in red to their feet when he snared a spilled ball and rushed over from close range, but referee Nigel Owens ruled there had been a Canadian knock-on in the buildup after consulting the television match official.

The Canadian fans finally had cause to celebrate in the 68th minute when flyhalf Peter Nelson found Andrew Coe out wide on the right, with the substitute back outsprinting the defense to score in the corner.

Canada now face a daunting matchup with three-time world champions New Zealand in their second pool match on Oct. 2, but Ardron said the North Americans would approach the test at Oita Stadium like any other.

"We're out here just to put our best performance out," said Ardron, who plays for the New Zealand-based Chiefs in Super Rugby.

"We definitely weren't the favorites to win (against Italy), and the result wasn't in our favor. The reality is we just need to go out and put something out we're proud of."