China has stepped up its efforts to crack down on violations of intellectual property rights in recent years amid heavy scrutiny from the international community, but counterfeit products remain rampant and a popular draw for foreign tourists.

As U.S. President Donald Trump has also urged China to rectify its alleged unfair business practices, Beijing is likely to be forced to take stricter measures to eradicate such fake goods ahead of the 2022 Winter Olympics in the nation's capital.

At one of Beijing's most popular tourist shopping centers known as Silk Street, Chinese and foreign tourists alike weave in and out of the countless stores.

"Do you need a bag?" a vendor calls out in English. "Does the pretty lady want a Chinese silk scarf?" 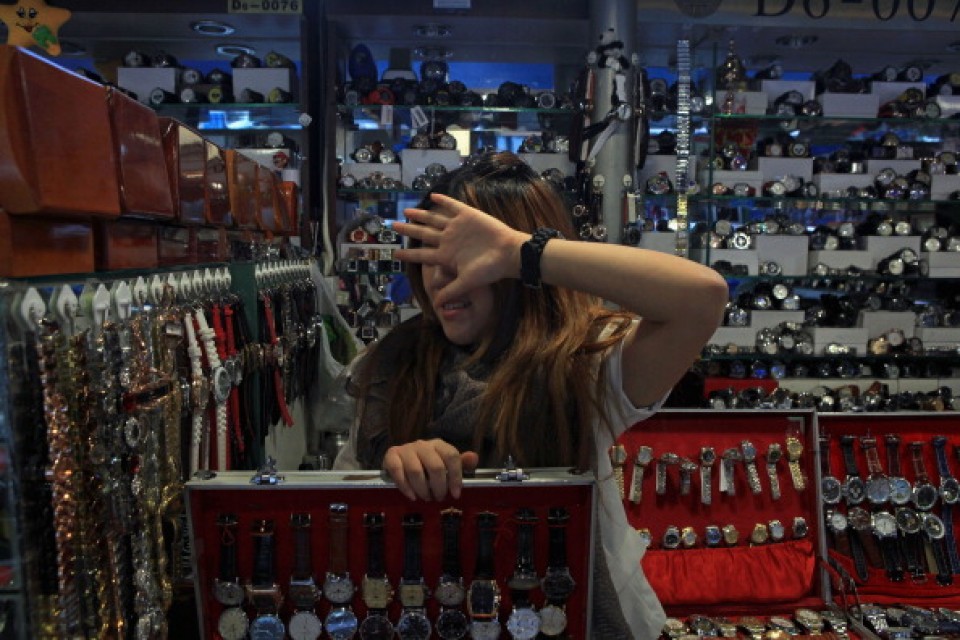 (A wristwatch vendor covers her face in Beijing's Silk Market in December 2010.)[Getty/Kyodo]

The eight-story building is home to hundreds of shops offering Chinese relics such as silk, tea, porcelain, calligraphy and jade, as well as imitation goods of world famous brands.

The counterfeit goods are what 16-year-old Veronica and her friends, hailing all the way from the U.S. capital, are after.

"I didn't really know much about China and I don't care for Chinese food," Veronica said, guiltily explaining that she was here on a school program. Her friend added, "We chose China because of the fake stuff like Supreme!"

While Supreme shirts and bags usually cost between $100 and $300, the resell price of the highly demanded American skateboard brand can run in the thousands of dollars due to its limited supply and no re-stock policy.

At Silk Street, even a foreigner can negotiate the prices down to $7 a piece for an iconic, albeit fake, Supreme T-shirt.

Imitation goods of brands like Supreme, Gucci and Ray-Ban can be seen everywhere in China and have even become part of the country's appeal to overseas tourists.

As one walks through the narrow corridors, bags and shirts stacked on overflowing shelves line the walls floor to ceiling. Some of the stores are no bigger than a ping-pong table with what seems like a black hole of a storage room hidden in the back corner.

Many visiting shoppers at Silk Street pointed out that a relatively weaker Chinese currency also makes for more affordable vacations.

Such was the case for a mother from Chicago accompanying her husband on his business trip to Beijing with her 4-year-old son. They were on a hunt for hand-tailored silk shirts and fake designer sunglasses, much cheaper in China than back home, she said.

Her timing was impeccable, as the Chinese yuan depreciated to a record-breaking, 11-year low last month.

In addition to its enticing price point, two Russian university students on summer vacation from Vladivostok said they chose Beijing for its proximity, just under two and a half hours by plane from the Russian port city. They were interested in buying counterfeit sneakers.

So far, Beijing has increased penalties for trademark infringement and implemented smart inspection systems to prevent exports of fake goods out of China.

The U.S. Chamber of Commerce reported that 72 percent of counterfeit goods in three of the world's largest markets for such products, namely the European Union, Japan and the United States, were exported from China, an accusation Beijing has denied. 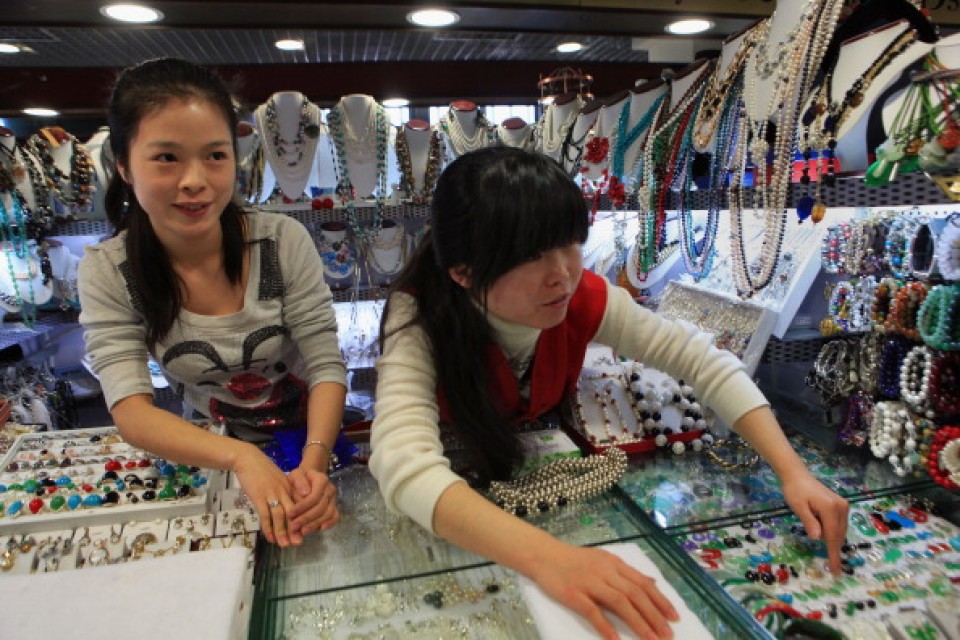 Trump has been putting pressure on China to address its alleged unfair trade practices such as intellectual property and technology theft. Washington earlier this month imposed its fourth round of tariffs on Chinese imports.

Although China's inbound tourism has steadily grown with a total of 141 million visitors in 2018, up 1.2 percent from the previous year, foreign travelers appear to be drawn to the country for an image China is trying to combat.

As the host of the 2022 Winter Olympics, Beijing plans to invest heavily in permanent tourist destinations and facilities including hotels and snow parks.

By 2020, China has pledged to spend about 2 trillion yuan ($281 billion) on the tourism sector. The investments include anything from road renovations to providing free Wi-Fi access and upgrading its infamously dirty restrooms at major tourist destinations.

But if China hopes to lure more travelers and fight the sale of counterfeit goods at the same time, it has much work to do to alter its attraction to overseas vacationers. Tourists like Veronica are sure going to be disappointed in the disappearance of their favorite made-in-China products.

If their favorite fake goods markets vanish, tourists who were once willing to trade in comfort and cleanliness for affordability would require more from China, pundits say.