Lawmakers and business people have tapped all-male idol group Arashi to perform at a festival in early November celebrating the enthronement of Emperor Naruhito, sources close to the matter said Wednesday.

The organizers, who have also requested the attendance of the emperor and empress through the Imperial Household Agency, hope bringing in Arashi will add to the celebratory mood at the event, to be held in the Imperial Palace Plaza in central Tokyo on Nov. 9.

Emperor Naruhito ascended the throne on May 1, following the abdication of his father former Emperor Akihito the previous day. 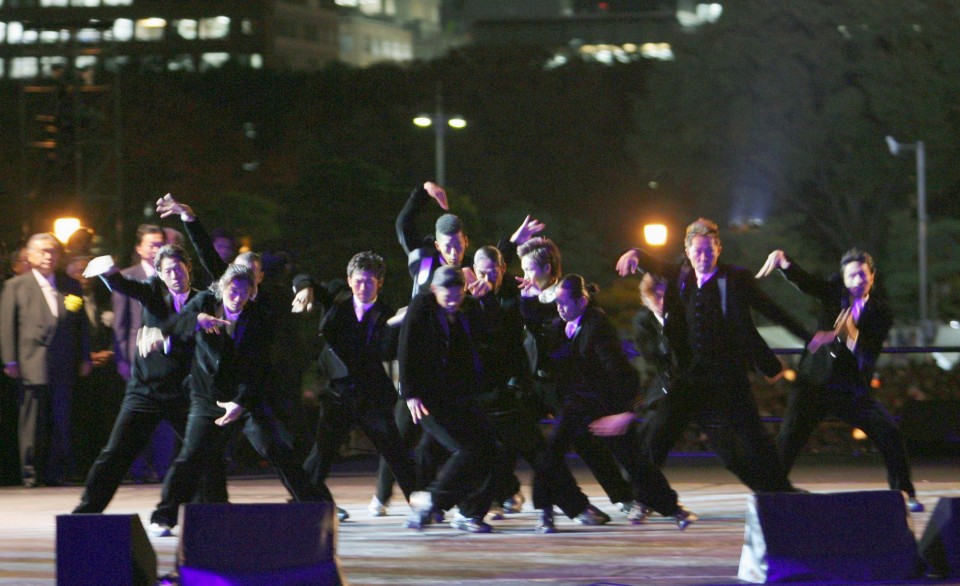 At the festival, which will be held separately from a government-sponsored ceremony and co-sponsored by a cross-party group of lawmakers and business representatives, Prime Minister Shinzo Abe and other public figures are expected to give a congratulatory speech.

The organizers may also invite folk artists to perform at the event, which is expected to draw more than 50,000 people, the sources said.

Arashi's five members have been active not only in music but in movies, Japanese dramas, variety shows and commercials since making their debut in 1999. The group shocked fans when it announced in January that it plans to go on hiatus at the end of next year.

In 2009, the festival to mark 20 years of former Emperor Akihito's reign featured a congratulatory speech by Tatsunori Hara, the manager of the Yomiuri Giants baseball team, and a performance by popular J-pop group Exile.