Kyuji Fujikawa's return as Hanshin Tigers closer for the first time in seven seasons has been one of the surprises of the season, but for the 39-year-old, his ability to come back and be a late-inning game saver was hardly a shock.

"People get labels put on them. They get pigeon-holed," Fujikawa said in a recent interview with Kyodo News. "And I get a huge kick out of shattering peoples' low expectations."

"The way I see it, people make these mental measuring sticks based on their experience and size other people up. They look at what past players did, and make a decision like, 'That guy probably can't come back.'"

After saving 24 games for Hanshin in 2012, Fujikawa went to the majors in 2013, signing with the Chicago Cubs. But by June he required Tommy John surgery. Fujikawa pitched in 15 games the following season. In 2015, he appeared in two games for the Texas Rangers but was released on May 22.

Instead of signing with a Nippon Professional Baseball club eager to welcome him back to Japan that summer, Fujikawa returned to his roots. The native of Shikoku island's Kochi Prefecture spent the remainder of the 2015 season with the Kochi Fighting Dogs of the Shikoku Island League.

Fujikawa said the decision was more about answering questions than defying expectations.

"As an adult, baseball becomes something you see as a business. Going to the majors had been an ambition...but (independent ball) brought me back to the pure baseball of my childhood," he said. "I was 35, and I went where there was no expectation of making money to see if I still liked playing baseball." 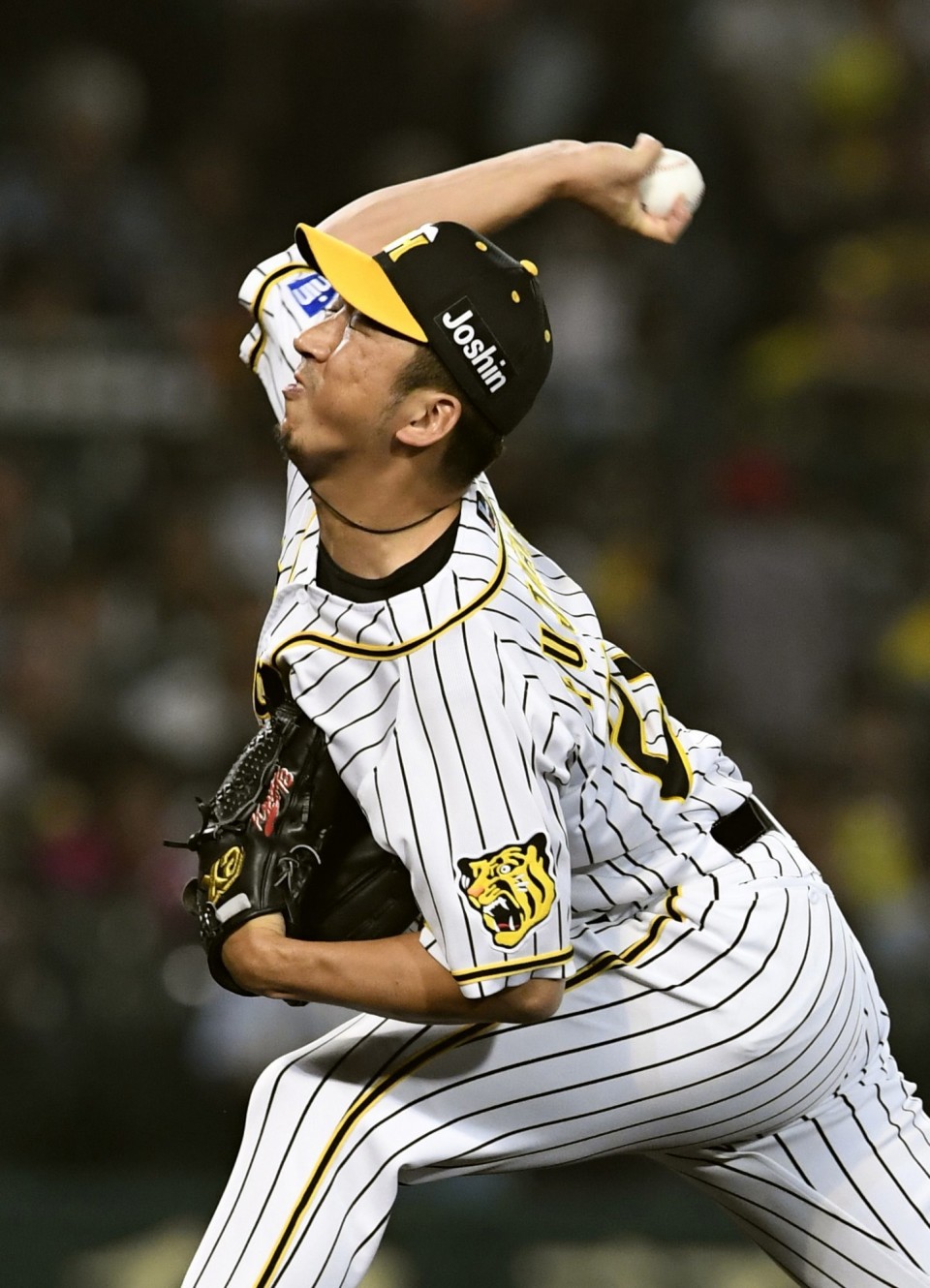 It was also about taking control and making choices. He had learned in America how dispassionate and calculating baseball teams could be and felt a need to be more assertive and self-reliant.

"In Chicago, I obsessed about what the team thought of me, and was not able to shake that mentality," he said. "I think if I had been able to understand (the dynamics) at the time, I would have been able to put out a better effort (in the majors)."

"When I came back from America, I had offers, but I was tired of it all. I was tired of NPB, for that matter. (As an 18-year-old amateur) I'd been chosen by Hanshin. When I went to the majors, I was chosen by the Cubs. Texas was the same. This time...it was my choice, it was up to me, and that's an analogy for how my approach to baseball has shifted."

"I've changed a little. I have a little more spring in my step, so that fans who come out will think how glad they were to see me play. That thought has become a little more important to me."

Fujikawa eventually signed with Hanshin for the 2016 season, saying he did not need the hassle of learning a new team's way of doing things. After a brief experiment with him as a starting pitcher, Fujikawa returned to the Koshien bullpen that had once been his fiefdom. But now he was in middle relief, saving just five games over his first three seasons back.

This summer, on July 26, Hanshin wanted the bat of new import Yangervis Solarte in the lineup, and with only four foreign-registered players allowed on the active roster, closer Rafael Dolis was deactivated.

That night, Fujikawa was called in to save his first game of the year. He repeated the feat the following day. It was the first time he had saved games on consecutive days since Oct. 11, 2011. Through Sunday, he had converted all 11 of his save opportunities this season.

"Closing is easier than middle relief," Fujikawa said. "The preparation is the same, but the way you're used is more predictable. So I like it better. Still, it's not a big deal whether I'm the closer or not."

While this job title may be unimportant, showing he can do it, has been a thrill. He loves doing something well that most people thought was beyond his abilities at this stage of his career.

"If you can throw 150 kilometers per hour and pitch in consecutive games, then you can do this job," he said. "Of course, today may be the end of that run, or maybe it will be tomorrow. That's the nature of this business. But for now, at my age, I'm happy to set an example for others. If you start to think you can't do something, then you make that your limit."

"Of course, the other side is that when it comes to people thinking I can't do something, I just love proving them wrong."