Apple Inc. launched the iPhone 11 series Friday in Japan amid increased competition from other major handset manufacturers including those from China and South Korea.

More than a hundred customers lined up in front of an Apple store in central Tokyo in the morning for the iPhone 11 Pro and iPhone Pro Max, two high-end models featuring new camera systems, and a standard iPhone 11 model with a more affordable price tag.

"I like the design of the triple-lense camera" equipped on the new models, said a woman in her 40s who had waited in a line at the Apple store in the Marunouchi business district since Thursday night. About 130 people lined up at the store before the opening at 8 a.m. 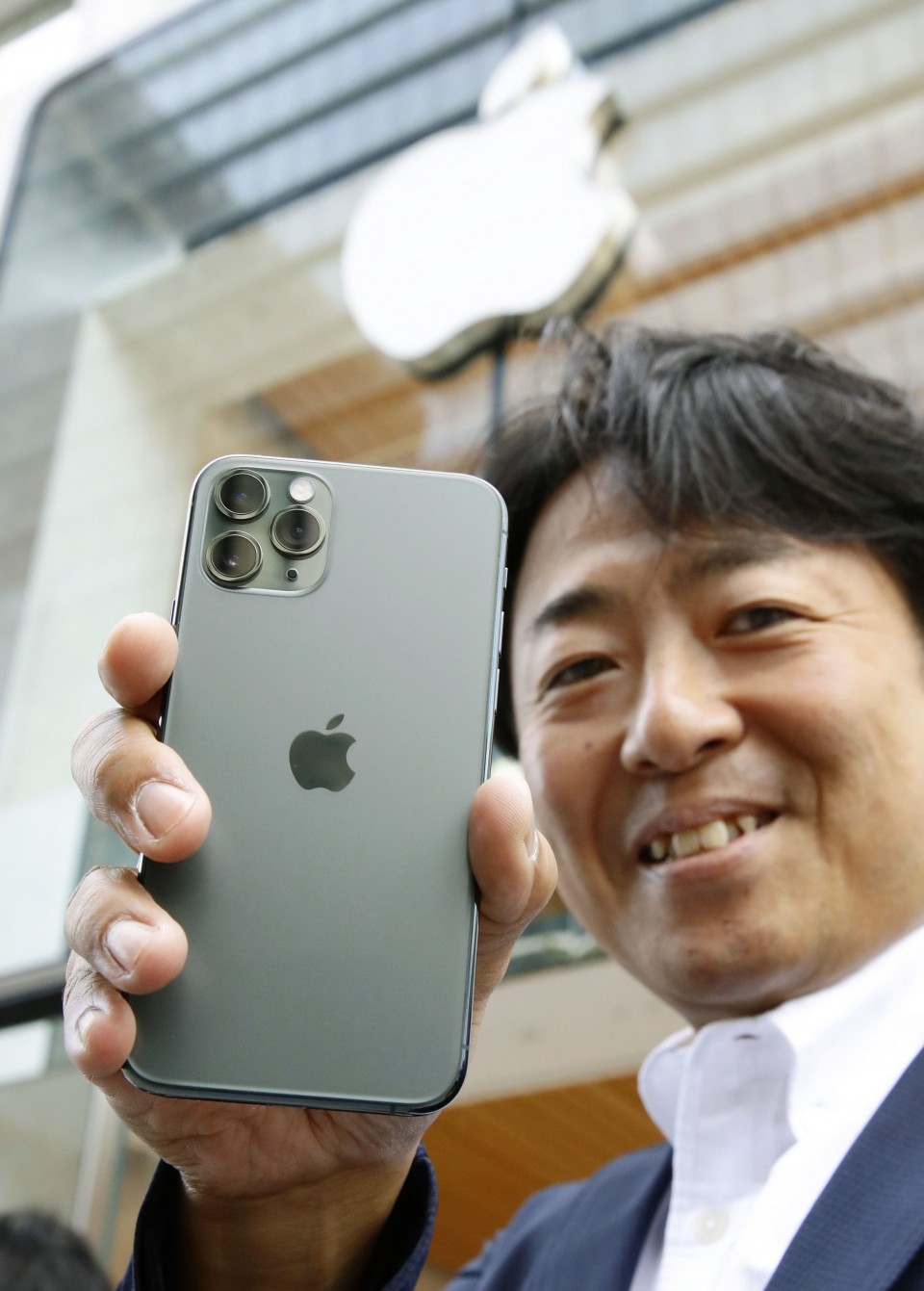 Japan is one of the most important markets for Apple. Its iPhone models were the best-selling handsets in the country with a 49.6 percent share in fiscal 2018, according to the MM Research Institute.

The figure is well above iPhone models' roughly 10 percent share of the global market in the second quarter of 2019, according to data provider Statista.

Equipped with three rear-facing cameras which enable users to take wider-angled pictures, the iPhone 11 Pro and iPhone 11 Pro Max in four colors including gold and silver have 5.8-inch and 6.5-inch organic light-emitting diode displays with starting prices of 106,800 yen ($990) and 119,800 yen, respectively.

The standard iPhone 11, available in six colors including green and purple, has a 6.1-inch liquid crystal display with two cameras on the back. The model is priced from 74,800 yen.

"I would like (customers) to enjoy new iPhone models with our comfortable wireless services and reasonable monthly fee plan," NTT Docomo President Kazuhiro Yoshizawa said at an event for the new model. 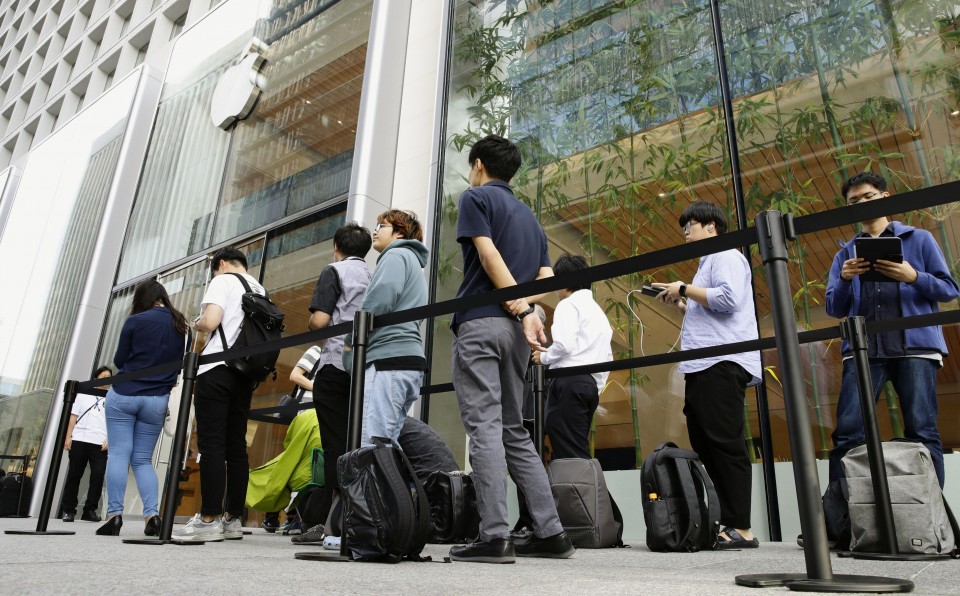 Apple also rolled out Apple Arcade, a subscription service with access to more than 100 games, in Japan, with fees of 600 yen per month.

The California-based tech giant plans to start a movie distributing service, Apple TV+, on Nov. 1 with the same monthly charge.

Apple also unveiled the Apple Watch Series 5 with an always-on display, with the price starting from 42,800 yen.

A new iPad tablet will be on sale from Sept. 30, featuring a larger display, pencil and keyboard support.