Japan will vaccinate pigs to tackle a hog cholera outbreak in many parts of the country that has seen over 130,000 pigs culled in a year, farm minister Taku Eto said Friday.

The farm ministry, which had been cautious about vaccinations due to their impact on pork exports, switched the policy as the epidemic that started in September 2018 continues unabated. It also plans to request pharmaceutical companies to boost production of hog cholera vaccines.

"We are aware that (Japan) now faces a significant phase (in coping with the epidemic) and will endeavor to promptly address the issue, including how to respond to the possible impact on exports," Chief Cabinet Secretary Yoshihide Suga said.

Currently, Japan has enough stock of vaccines that protect against the infectious disease to inoculate about 1 million pigs, but the government believes increased output is necessary because the eradication process may take a long time and areas requiring vaccinations may also expand.

"We'd like to secure as many (vaccines) as possible," Eto said. 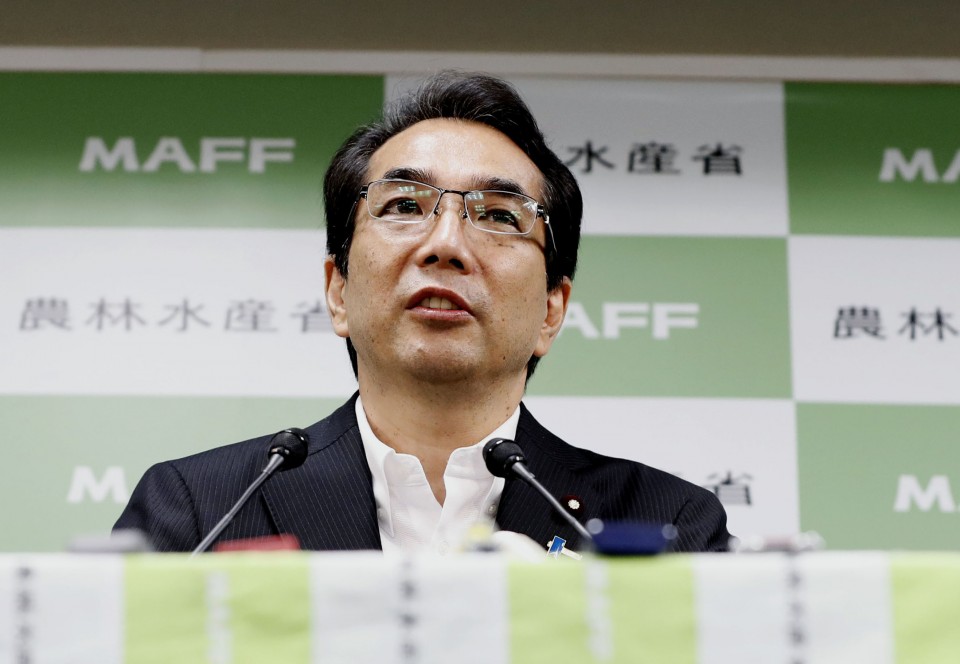 To realize vaccinations, the ministry will revise government guidelines for epidemic preventions and work to start vaccinations as soon as possible, he added.

The disease, also known as swine fever, affects only pigs and wild boars and has a high fatality rate. It does not affect humans, even if meat from an infected animal is consumed.

The current outbreak of classical swine fever differs from that of African swine fever, which has a higher fatality rate and has been reported in nearly 60 countries and regions across Africa, Europe and Asia since 2005, according to the farm ministry.

China has been battling an epidemic of African swine fever since it rapidly spread in the country last year, resulting in many pig farms going out of business.

The disease aggravated the plight of the farms already tormented by higher animal feed prices triggered by the trade war between China and the United States.

The epidemic has also been reported in North Korea, Vietnam and the Philippines, while a new case was confirmed in South Korea on Tuesday.

There are currently no reports of African swine fever in Japan, but the consequences may prove to be dire if it spreads to the country.

"The effects (of African swine fever) on the livestock industry will be severe if it were to break out (in Japan) as there are no effective vaccines or treatments (for it)," a farm ministry official said.

To combat the classical swine fever, the ministry has so far focused on measures against diseased wild boar since the vaccination of pigs would prevent Tokyo from regaining its World Organization for Animal Health status as a country free of the disease, and ultimately dent Japan's pork exports.

The organization suspended Japan's status after the outbreak last year in the central prefecture of Gifu. Since then, infections have been reported in Aichi, Mie, Fukui, Saitama and Nagano prefectures.

Although the number of bred pigs totaled approximately 700,000 across the six prefectures as of February, there have been calls to vaccinate pigs across the country.

The outbreak is the first in Japan since 1992. The country declared the virus eradicated in 2007.